Opposition to eating dog meat is increasing, just as the Chinese are becoming major dog lovers. But what will be the environmental impact of tens of millions of new pets in the world's most populous country? 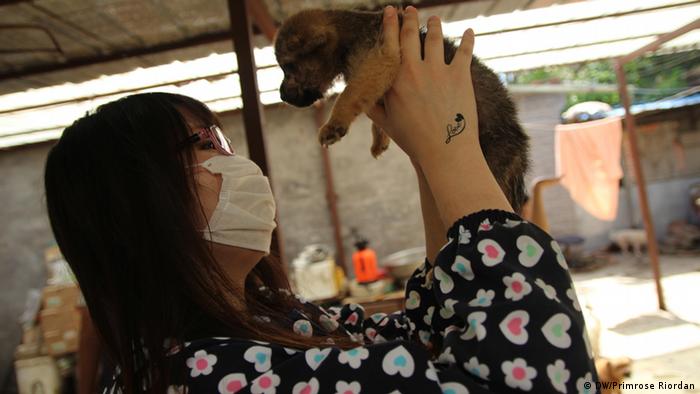 As many as 10,000 dogs are slaughtered every June at the Yulin dog meat festival in southern China. The animals are often subjected to horrific torture because, legend has it, the cruel treatment makes the meat more tender.

But despite the popularity of 'Roasted Rover' during the annual summer solstice celebration, an increasing number of Chinese people are campaigning to get the festival banned.

Animal rights experts say a huge cultural shift is underway that also reveals a growing Chinese love affair with dogs, and that is likely to have a dramatic effect on China's CO2 emissions.

In Beijing alone in 2012 - the most recent year that figures are available - over a million dogs were registered as pets. That's 10 times more than in 1992. 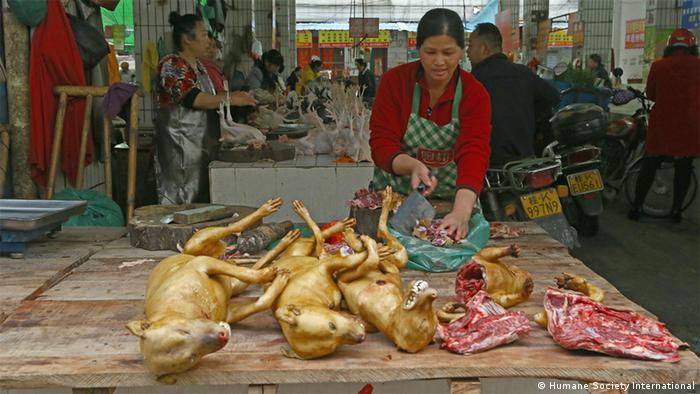 Some Chinese believe the more a dog suffers, the tastier the meat will be

Also, nearly nine million people voted online recently in support of a proposal to ban the dog meat industry. The poll was published on the Chinese government's official website by a National People's Congress deputy.

Animal protection group Humane Society International (HSI), together with its Chinese partners, has started a campaign to demand that a dog meat ban is included in the government's legislative agenda for 2017.

"The dog meat trade is not only condemned by the international community, but also by a huge number of Chinese people," Wendy Higgins, HIS's Director of International Media, told DW. "Now the Chinese government can get the message."

But the shift in China's relationship with pets could have an important environmental impact that, until now, has been barely considered.

Domestic animals contribute to our carbon footprint, mainly due to their meat-based diet. A dramatic increase in domestic dog ownership in the world's most populous country could lead to an increase in global CO2 emissions, experts warn.

In 2014, around seven percent of Chinese households - around 30 million - owned a dog, according to figures by Euromonitor. That compares to one in five homes in the EU and almost 50 percent of all US households. Experts warn it won't be long before China's 'faithful friends' equal those numbers in the West. 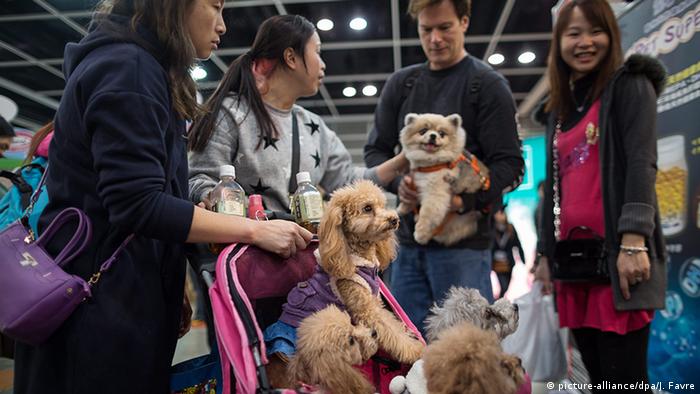 The pet market in China is growing exponentially

“For everyone in the world to have an American lifestyle, we would need seven planets, and three to live as Europeans,” Dabo Guan, professor at the University of East Anglia's School of International Development, in the UK, told DW.

“If every urban Chinese person would have a Western lifestyle, the CO2 emissions in the country would double by 2030,” he added.

Although controversial, the idea of dogs as polluters started taking shape around 2009, with the publication of the book "Time to Eat the Dog? The Real Guide to Sustainable Living," by Brenda and Robert Vale.

The authors proposed that a medium-sized dog has twice the ecological footprint of a 4x4-style car.

John Barrett, a professor at the University of Leeds' School of Earth and Environment, agreed with the authors - despite being a dog lover himself. Barrett told DW that the impact of pets on the environment is quite noticeable due to their meat-based diet - just as with humans.

Therefore, a dramatic rise in the global dog population would inevitably lead to an increase in greenhouse gas emissions, he warned. 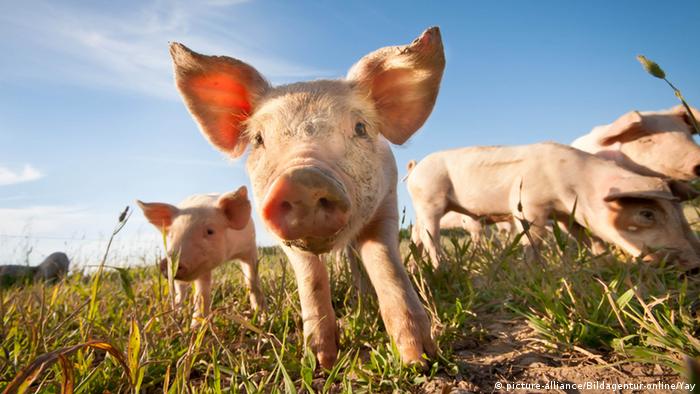 Pork is still top in China

But both Barrett and HSI's Higgins insist that the main environmental threat is not pets, but humanity's general dietary habits. "In terms of CO2 emissions, what would be really meaningful is to end all kind of meat consumption," Higgins suggested.

Although the food trade horror stories and the moral debate on 'why pork and not dog' has yet to be settled, more and more of China's middle class is yearning to keep dogs as life companions.

That's certainly preferable to having animals spend their final days being crammed into small cages, having their legs broken and then being beaten to death with a metal pipe, as Higgins explained.

Animal rights experts and animal lovers agree that 'Man's best friend' has a bright future, although they may have to forgo their tastiest meals and take up a veggie diet.

US zoo defends shooting gorilla to save boy

The Cincinnati Zoo chief says that a boy who fell into a gorilla enclosure "was in danger," forcing the shooting of the ape. Animal rights activists have denounced Saturday's decision to kill the 17-year-old male. (31.05.2016)

"Declare everything when you enter Australia", that's the message from Johnny Depp. The video he and his wife made apologizing has been internationally mocked. But how serious are Australia's biosecurity laws, really? (19.04.2016)

The dog meat festival takes place once a year in Yulin in southern China. But even though it's a Chinese tradition, there are fewer and fewer takers for dog meat on their plates, says DW's Frank Sieren. (24.06.2015)

With the war in Ukraine ongoing, not only people are being displaced - their pets are also suffering @DW

If you're looking for a dog with a specific personality, its breed will tell you less than the environment in which it is raised, a new study suggests.