When Jim Clayton* still worked in a coal mine, he would head to a nearby bar to settle his accounts. The pub effectively became his office. When after 22 years in the industry he quit his job and decided to run the pub instead, it was easy to choose a new name for the place.

These days, The Office has become a hangout for many of those earning a living in the coal, oil and gas industry in northeastern Wyoming.

The Office is situated along a thoroughfare just north of Gillette, the self-declared "energy capital of the nation." It used to supply some 40% of the country's coal — a source of pride for many locals. And Gillette's mayor has described the energy industry as the town's lifeline.

But times have changed. "It looks pretty gloomy," said Clayton, giving a thumbs-down. Many of the workers who flock to his bar are concerned about their future. If the price of coal doesn't rise, making a living in this industry will not be viable. 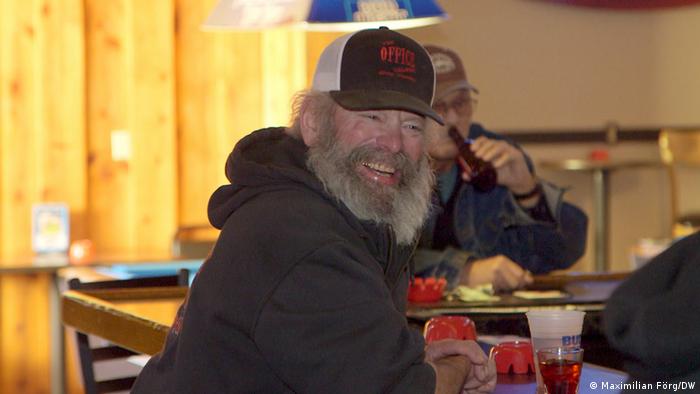 Extracting the fossil fuel from Gillette's surface mines is straightforward and cheap. While this coal produces less energy than coal from mines in the eastern Appalachian Mountains, it emits less harmful CO2 and sulfur when burned. In the 1970s, coal mining sparked a veritable economic boom in Gillette, attracting countless workers from elsewhere.

Still today, some 12 tons of coal are extracted from Wyoming's soil every second. The coal industry, it seems, is thriving. Yet in actuality, it has been in decline.

Ten years ago, some 7,000 people were employed in the coal industry, Today, that figure has dropped to about 4,500. The US Energy Information Administration has reported that the share of coal used to generate electricity in the US dropped to a 42-year-low in 2019. With demand dropping, more and more coal mines are closing.

The availability of cheap natural gas has put further pressure on Wyoming's coal industry. This has been compounded by a series of mild winters, which reduced the demand for fossil fuels. The drop in economic productivity resulting from the coronavirus pandemic made matters worse still. 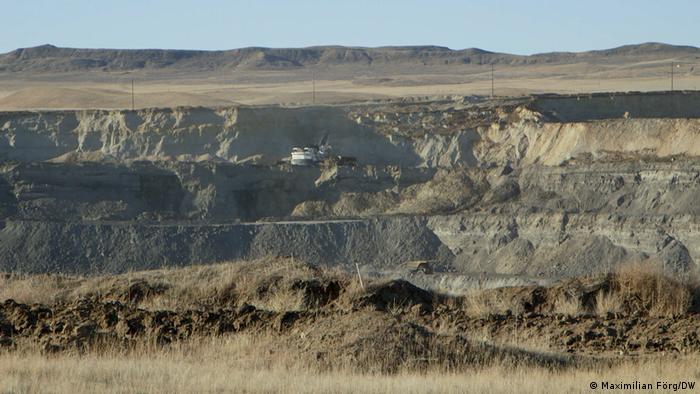 Today, only about 4,500 people work in Wyoming's coal industry, including the Eagle Butte Mine seen here

And now, new President Joe Biden has announced an ambitious a $1.7 trillion (€1.4 trillion) climate agenda to promote clean energy over the next decade. None of this bodes well for Wyoming's coal industry.

On his website, Biden says "we have no time to lose" in combating climate change, citing the Intergovernmental Panel on Climate Change (IPCC) which has warned that only nine years remain to avoid a global catastrophe. The president pledged to launch a "clean energy revolution" on his first day in office, promising to achieve a "100% clean energy economy and net-zero emissions no later than 2050."

Powerful winds may be lucrative

Wyoming, which for decades profited from the coal mining industry, could be one of the states leading the way to this clean energy future. The state is dominated by mountain ranges and plateaus that give rise to natural, funnel-like channels and result in constant streams of strong wind. In Wyoming, winds from the east are so strong and persistent that trees show a visible eastward lean. Few regions in the US are characterized by such powerful winds.

Rick Grant is a fourth-generation livestock farmer in Glenrock, Wyoming, who saw the potential of wind energy early on. "The wind is finally going to pay me back for what it has robbed from us for so many years," he told DW. During the winter, he said, cold Wyoming winds can chill his cattle to the bone, and even kill newborn calves. To help them survive, farmers must provide additional feed, which is costly. But since 2007, he has turned wind to his advantage. 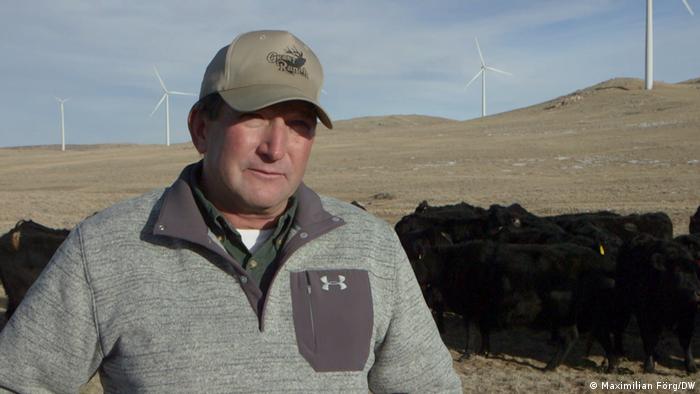 On his property are three dilapidated wooden huts which belonged to his ancestors. The smallest, a mere 4 square meters (43 square feet) in size, was his great-grandfather's home. The other two, slightly larger ones, belonged to his grandfather and father, respectively. Grant, meanwhile, is currently building a brand new, three-story house nearby — funded from income generated not from cattle farming, but wind energy.

Grant has installed 15 wind turbines on his property, and it's been a lucrative investment. "This change has benefited our family greatly," he said, adding that it will allow the next generation to keep the cattle farm operational. He admitted, however, that he did not opt for wind energy for environmental reasons.

Wyoming wind farms not living up to potential

A number of companies have set up large-scale wind farms in Wyoming in recent years. Warren Buffet's PacifiCorp, for instance, has installed 158 wind turbines on the site of the now defunct Glenrock coal mine. But while Wyoming offers plenty of potential when it comes to wind energy, it ranks only 16th out of all US states in terms of installed capacity.

But Jim Clayton, who spent years working in the state's coal industry, has little appreciation for renewable energy. "Those windmills are not going to save anybody in this country," he said. "They don't produce enough and they'll never pay for themselves." Clayton said a wind turbine won't allow you to build roads, or power airplanes. He's convinced that "you'd be better off going back to nuclear than where we're going today."

Despite considerable potential for renewables in Wyoming, not everyone is open to change.

*Some names have been changed.