Will China′s new national security law for Hong Kong be the end of autonomy in the territory? | News and current affairs from Germany and around the world | DW | 10.06.2020

Given China’s human rights record isn't Hong Kong taking a huge gamble? Regina Ip, a pro-Beijing party leader, says not to jump to conclusions. "The motherland has nothing but good intentions" for Hong Kong, she says.

"Beijing authorities have no option but to get on with introducing a set of laws that will protect national security and discourage separatist activities," Ip told Tim Sebastian.

Given China’s human rights record, which includes mass surveillance and has seen the charge of separatism used to incarcerate more than one million Uighurs in "re-education" camps in Xinjiang province, would Hong Kong not be taking a huge gamble with the new law?

"Don’t jump to conclusions … you are talking about mainland China. You're not talking about Hong Kong," the pro-Beijing politician told Sebastian.

Since Britain returned Hong Kong to China in 1997, the territory has enjoyed widespread autonomy under the principle of one country, two systems, enshrined in Hong Kong’s basic law. 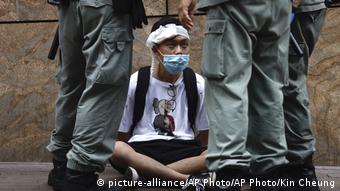 But in 2019 the streets of Hong Kong erupted in protest when the territory’s pro-Beijing chief executive, Carrie Lam, sought to introduce legislation that could have seen suspects extradited from Hong Kong to mainland China.

Millions demonstrated in sometimes violent protests and Lam withdrew the bill. Allegations of violence were directed at both demonstrators and police.

"Dangerous weapons have been used in a lot of so-called peaceful protests … and innocent people have been killed," Ip said.

"In the past year, we have seen a lot of violence, a lot of subversive activity, a lot of terrorist activities," she told Sebastian.

The new national security legislation for Hong Kong could see severe punishments for offenses such as disrespecting the Chinese national anthem and national flag, as well as the establishment of Chinese security agencies in Hong Kong.

The HK politician said any Chinese agencies acting in the territory under the new legislation would still have to "obey Hong Kong law."

Ip said the demonstrations in the territory have included "activities that no government would allow." 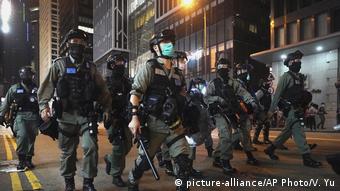 Tim Sebastian noted that singing "revolutionary songs" was not banned in democracies.

"It depends on whether the songs are chanted as in an opera [like] 'Les Misérables' or chanted as a part of a well-organized and well-planned action plan to stoke separatist sentiments."

Pro-Beijing HK politicians such as Ip say the territory missed the opportunity to pass its own security legislation and that now Beijing had no option. Ip resigned in 2003 as Hong Kong’s security secretary after her attempt to introduce a national security law brought widespread demonstrations.

Ip, who went on to found the pro-Beijing New People’s Party (NPP), says the Chinese national government had to act to prevent secession and terrorism in Hong Kong. The NPP leader added that the new law was being tailored to the territory’s common law system.

"They are drafting a Hong Kong specific law, in fact, because they understand our system is different," Ip told Sebastian.

How long will Hong Kong have the common law safeguards?

"Not a single citizen has been mortally wounded by our police force … you must be fair. There are (sic) no such thing as police brutality in Hong Kong," she said.

"Give me one single instance of police brutality," Ip demanded.

Sebastian pointed to the video of an unarmed man shot by police in the stomach in November of last year.

"The policeman was trying to protect himself. The protesters were charging at him," Ip said.

"You cannot just take the words of the likes of Joshua Wong for granted," Ip said, dismissing the Hong Kong democracy activist.

Will the new national security law erode the independence of judges in Hong Kong?

"In the basic law, it says that all legal systems previously enforced will continue to apply at least up to 2047 …   our courts at the highest level, have non-permanent judges, highly respected jurists from Commonwealth jurisdictions. These are not people who can be pushed around," Ip said.

"Hong Kong has undergone many crises of confidence in the past 100 years but our systems have remained robust," she said.

"Trust our motherland. Our motherland has nothing but good intentions for the people of Hong Kong and also trust the basic law. Trust one country, two systems."

Anti-government sentiment has been compounded by anger at a student activist's death and the arrests of several pro-democracy lawmakers. Protesters have accused police of provoking violence. (10.11.2019)

After a year of repeated anti-government protests in Hong Kong, Beijing believes it has created the conditions for "stability" with its new national security law. Is it a realistic assessment? DW examines. (09.06.2020)