Anti-government sentiment has been compounded by anger at a student activist's death and the arrests of several pro-democracy lawmakers. Protesters have accused police of provoking violence. 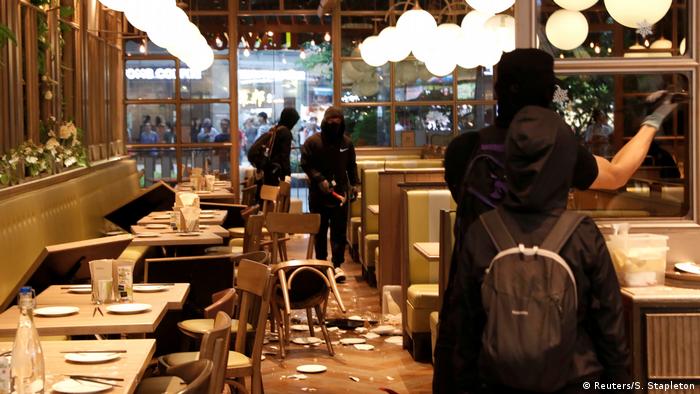 Protesters in Hong Kong vandalized shopping malls and a subway station on Sunday as anti-government demonstrations continued for a 24th straight weekend.

Pro-democracy demonstrators broke windows and damaged a ticket machine at a subway station in Sha Tin, forcing authorities to close it down. A restaurant in the district that is perceived as being pro-Beijing also suffered damage.

Police said protesters painted graffiti and vandalized stores at the Festival Walk shopping mall in Kowloon Tong, with several arrests made. The violence later spread to the Kowloon district of Mong Kok, where police used water cannon to try to clear demonstrators from the main thoroughfare of Nathan Road.

The northwestern district of Tsuen Wan also saw police firing tear gas to disperse protesters chased from the Citywalk shopping mall. The district of Tuen Mun, also in the northwest, was the scene of running battles between riot police and demonstrators. 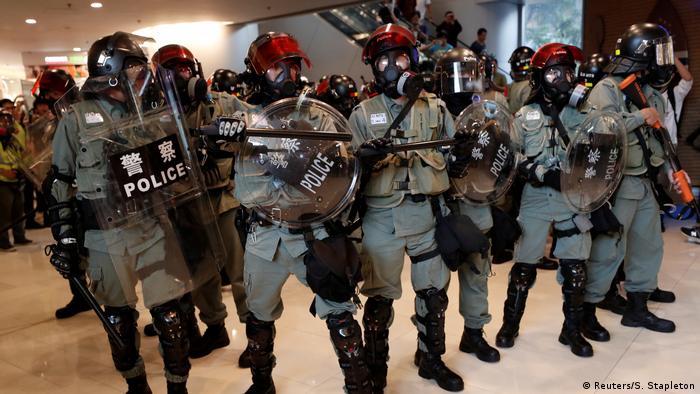 Riot police were deployed in the shopping mall in Tsuen Wan

On Saturday night, thousands of people gathered to commemorate a student activist who died in hospital this week after falling from a parking garage when police fired tear gas at the building. Anger among protesters has also been exacerbated by the arrest of several pro-democracy city lawmakers, with more than 3,300 people altogether being detained since the start of the protests. 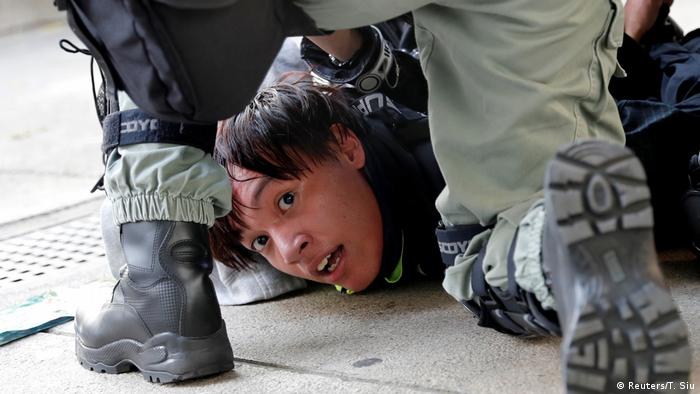 The now six months of demonstrations in the semi-autonomous Chinese territory, triggered originally by anger at a proposed extradition law, have evolved into protests calling for greater democracy and freedom from Beijing's perceived meddling.

Activists are calling for the resignation of Chief Executive Carrie Lam, whom they see as contributing to an erosion of the freedoms guaranteed by the "one country, two systems" pledge made when the former British colony was returned to Chinese rule in 1997.

China has denied interfering with civil liberties in the territory, instead blaming Western countries for fomenting trouble.

Hong Kong's economy, already struggling with the fallout from shrinking global economic growth and the US-Chinese trade war, has been put under additional strain by the protests.