Why Trump needs to avoid collision course with China | Asia | An in-depth look at news from across the continent | DW | 08.02.2017

China experts have said in a report that President Trump should not abandon the long-standing US policy on Taiwan. In a DW interview, Andrew Nathan, one of the report authors, tells why such a move could be dangerous. 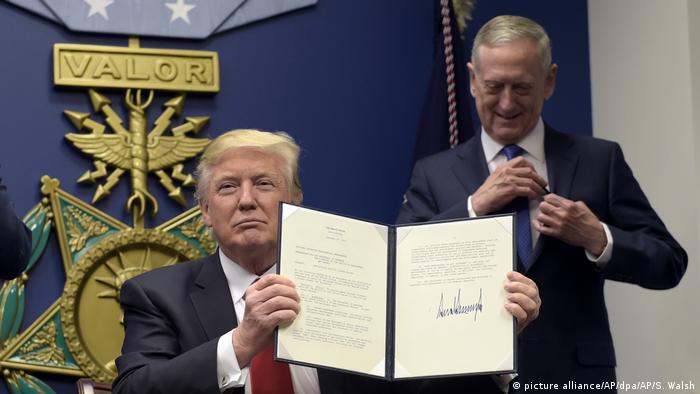 Will Tillerson back up tough talk on the South China Sea?

Increased Chinese naval capabilities and hawkish statements from the new US secretary of state are making waves in the Asia Pacific, triggering fears of a potential confrontation over Chinese claims in the SCS. (02.02.2017)

US President Donald Trump confirming an "ironclad" commitment to defending S. Korea and a visit by Secretary of Defense Mattis are signals that US-East Asia alliances may withstand the political upheaval in Washington. (01.02.2017)

Before taking office, US President Donald Trump questioned Washington's long-standing adherence to what's commonly called the "one-China" policy, according to which there is only one China in the world and the government in Beijing is its true representative.

Any country that wants to establish diplomatic relations with the People's Republic must recognize the one-China policy, relinquish official ties with Taiwan and limit weapons exports to the territory. The US has complied with these demands for the past 37 years, although Washington has retained many back-channels with Taipei.

But Trump's seemingly aggressive rhetoric on the issue has rankled authorities in Beijing and caused serious concerns about a potential shift in the US policy with regard to Taiwan.

In a recently published report, a panel comprising former US officials and scholars recommended the Trump administration to avoid the collision course with China on Taiwan, calling such a move would be "exceedingly dangerous."

The paper said that US-China relations are at a "precarious crossroads," describing a growing rivalry between the two countries amid Beijing's assertion of territorial claims in the disputed South and East China Seas.

The report is the product of an expert task force commissioned by the Asia Society and the University of California San Diego.

In an interview with DW, Andrew J. Nathan, one of the authors of the report "Reaffirm US commitments to Asia," says that it is likely that Trump would maintain status-quo on the one-China policy and other US disputes with Beijing.

DW: President Trump has openly questioned Washington's long-standing one-China policy vis-à-vis Taiwan. Do you think he would pay heed to your recommendations? 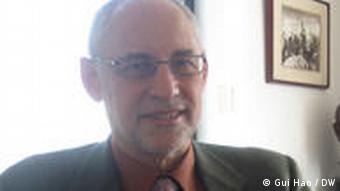 Andrew J. Nathan: 'President Trump doesn't always do what he says and he seems to be very capable of changing course'

Andrew J. Nathan: President Trump doesn't always do what he says and he seems to be very capable of changing course. I think it is not in the interest of the United States to change its stance on the one-China policy. So far Trump hasn't changed it, and I don't take the noises that are emanating from the White House as policy. I am waiting to see what the actual policy is, and I think that Trump will leave this issue as it is.

The report suggests the Trump administration must take the North Korean nuclear threat seriously. Do you think that China will cooperate with the US on this issue, given that so far the survival of the communist regime in Pyongyang has been China's foremost priority?

I think it is difficult to get China to cooperate on the North Korea issue. But any likelihood of that happening also depends on the overall nature of US-China relations. If the United States challenges Chinese interests with a trade war or question the one-China policy on Taiwan, then Beijing's cooperation will be even less likely. But I agree that it is a very difficult project to get China to cooperate on this issue.

After discarding the Trans-Pacific Partnership (TPP) free trade deal, will the US alliances in Asia remain strong?

By discarding the TPP, the Trump administration has done some damage to the credibility of the US alliances in Asia. But the alliances with Japan and South Korea are essentially security alliances and they don't strictly depend upon the TPP. Still, these countries will certainly keep an eye on US policies and how reliable the American security guarantee will be under Trump.

The TPP is partly a multilateral economic arrangement that was supposed to have a symbolic political meaning to show that the US is committed to Asia. If the Trump administration goes ahead and negotiate closer economic ties with these countries or possibly revive the TPP under some other name, that will be a sign to Asia that the US continues to be committed to upholding its presence in the region. 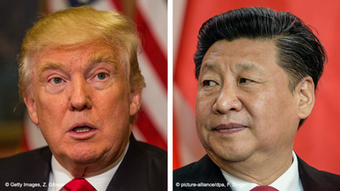 Even without the TPP, the US' economic ties with Japan, South Korea and some other Asian countries are still very strong.

With regard to the South China Sea dispute, the report recommends, among other things, that the Trump administration seeks ratification by the US Senate on the UN convention on the Law of the Sea. Given Trump's aversion for international and multilateral arrangements, what are the chances of this happening?

Well, the report was not written for any particular administration; we have recommended what we think are the best policies for the United States vis-à-vis China even though we are aware that many of our suggestions go against what President Trump, the Republican Party and the Senate have said for years. The chances of Trump taking action on it are low but we advise that the government should do it.

How can the Trump administration force Beijing to stop an ongoing crackdown on American organizations working in China?

In the report, we have advocated that the US should use the principle of reciprocity. The Trump administration can demand from China to treat its citizens in the same way the US treats Chinese citizens. It won't produce instant results but Washington should toughen its response to Beijing on this issue.

Andrew J. Nathan is professor of Political Science at Columbia University. He is engaged in long-term research and writing on Chinese foreign policy and on sources of political legitimacy in Asia. Nathan is also chair of the steering committee of the Center for the Study of Human Rights and chair of the Morningside Institutional Review Board (IRB) at Columbia.