What's next for NATO after Donald Trump?

NATO heads into the new year with high hopes for renewed trans-Atlantic ties. DW takes a look at where the Western defense alliance is anticipating a Joe Biden bounce. 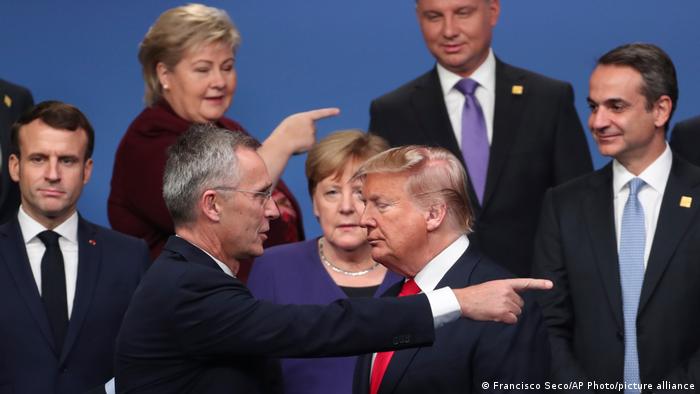 Last December, NATO was marking its 70th birthday in a rather somber mood. Instead of toasting the alliance's longevity in high spirits with the pomp and circumstance of a regal summit in London, heads of state and government gathered for what was, instead, termed a modest "leaders' meeting" with minimal fanfare.

After years of careful choreography gone wrong, NATO had quietly dimmed the spotlight on gatherings with US President Donald Trump due to his tendency to hijack high-level events with fits of pique or to use them to target allies, undercutting efforts to display stability and solidarity.

But after the November elections, studiously neutral Secretary General Jens Stoltenberg could hardly disguise his eagerness in inviting President-elect Joe Biden, whom he called a "strong supporter of NATO and the transatlantic relationship" to visit Brussels for what he unmistakeably called a "summit," to be held as soon as the new administration can possibly manage it.

Having a less unpredictable partner in Washington is hugely important, as NATO is in the process of improving its recognition of and response to serious challenges facing the 30 governments. "It's been a wild roller-coaster ride," Paul Taylor, senior fellow at Friends of Europe, tells DW. "At the end of it, NATO has survived Donald Trump — not unscathed and not unchanged."

For better, for worse

Some of those changes have been at least partially positive, even if they left scars on the alliance's psyche. For example, while Trump did not, as he frequently misstates, prompt a reversal of allies' decline in defense spending — that already happened in 2014 — it is credible that nations boosted their military budgets faster toward the NATO goal of 2% of GDP in an effort to avoid his public haranguing.

"He also got [allies] talking about China," Taylor notes. "That's something that was never on NATO's agenda. And whether it would have come anyway, I don't know, but it happened on his watch and it happened at his insistence."

But it would be hard, if not impossible, to find an upside to the uncoordinated and abrupt withdrawal of US troops from Afghanistan and Iraq, where NATO service members are helping train local forces to eventually manage their own security. Trump's surprise announcements were unsettling to both NATO, which was not consulted, and to governments with personnel on the ground that will now be in a more vulnerable position without added American backup. 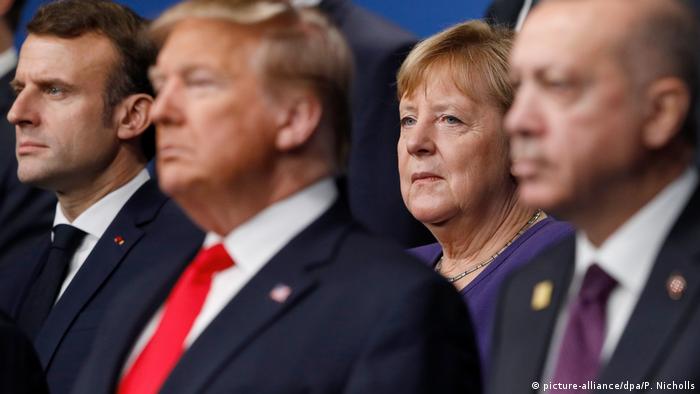 Donald Trump has repeatedly taken aim at NATO allies, including Germany, who he accused of profiting off of US troops.

This is the fraught environment Biden inherits at NATO, where allies are counting on him to bolster collective efforts to address these and other near- and long-term security concerns. Stoltenberg is currently prioritizing them, given the fact that NATO's "Strategic Concept" outlining threats and capabilities to counter them hasn't been revised since 2010.

Their new report, "NATO 2030: United for a New Era," concludes a "persistently aggressive" Russia will continue to be the biggest military threat to the alliance over the next decade, but China definitely steals the thunder as an up-and-comer.

"It was manifestly clear from our consultations with experts and with allies," Mitchell told a Carnegie Europe briefing on the report. "The rise of China is is the single biggest, most consequential change in NATO's strategic environment and one that the alliance really has to reckon with." 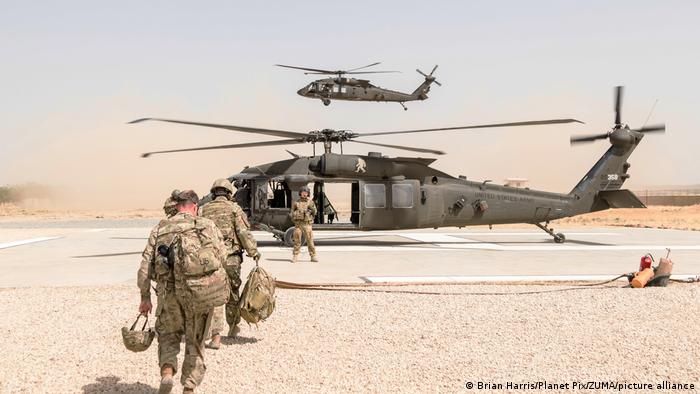 But in the very short term, the alliance has hotter wars to handle. With peace talks between the Afghan government and the Taliban stuttering along but making progress only at a snail's pace, Stoltenberg says NATO will nonetheless decide in February whether to continue its train, advise and assist mission — or call it quits after almost two decades of investment.

NATO had pledged to stay in the country until conditions on the ground are such that local security could maintain stability. But even Trump's ambassador to NATO, Kay Bailey Hutchison, doesn't sugarcoat the reality of what's happening now.

"I don't think the conditions have been met," she tells DW. "We want to see progress on the peace front with the Afghan government and the Taliban talking together about how the people of Afghanistan can see a long-standing, peaceful existence. And that's not happening right now."

Hutchison stops short of criticizing Trump for pulling out, punting to the Biden team. "It is one of the first things that this new administration will have to deal with," she says.

The issue that invoked the worst divisiveness over the last four years will not disappear. There will certainly still be tension about the infamous "2%." Thomas de Maiziere said at the Center for European Policy Analysis that "the Biden administration will be tougher for us because the tone is more friendly." He said with Trump's hostile attitude, the discussion never went into substance. "This makes it for us, in Europe and Germany, more difficult [now]," de Maiziere said, "But I welcome this."

Paul Taylor agrees no one should believe everything will be perfectly smooth despite a Biden rapprochement, but what allies can expect is that a tough negotiation won't necessarily mean a fight. "It will be based on the same facts," he says. "And certainly it will be based on the same fundamental assumption that we're in this together, that we're stronger together, that America is stronger with allies than on its own, and that the allies are also stronger with America than on their own."