Afghanistan: NATO girds for US troop withdrawal | Europe | News and current affairs from around the continent | DW | 18.11.2020

The head of NATO is expressing less confidence there will be a coordinated military withdrawal from Afghanistan after the US' unilateral decision to withdraw troops. Teri Schultz reports on allies' concerns. 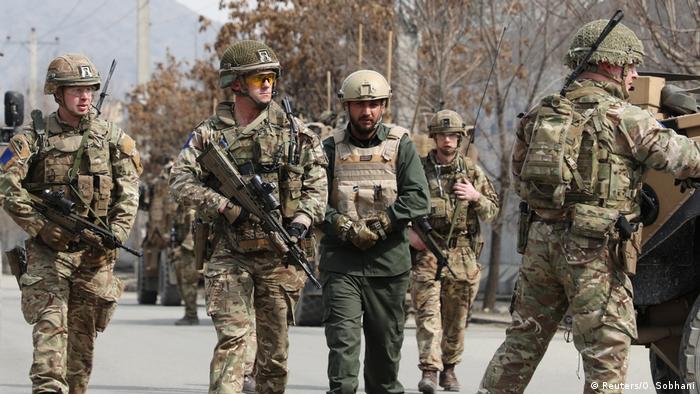 When US President Donald Trump announced in October that he wanted to bring American troops home from Afghanistan "by Christmas," NATO Secretary-General Jens Stoltenberg underscored, "We will make a decision together, coordinate our efforts based on the principle 'in together, adjust together, and when the time is right, when the conditions are met, then we will leave together,' but not before."

Now Stoltenberg's statements don't say allies "will" but that they "should" leave together — and not yet.

However, if Trump follows through with the decision his new Acting Defense Secretary Christopher Miller made official in an uncomfortable appearance at the Pentagon on Tuesday, the US is halfway out the door. What happens to the rest? There are some 12,000 international troops from 38 countries left in Afghanistan, according to NATO, and half are non-US.

"No NATO ally wants to stay any longer than necessary, but at the same time, the price for leaving too soon or in an uncoordinated way could be very high," Stoltenberg said before Miller's appearance, warning this could lead to Afghanistan "becoming once again a platform for international terrorists to plan and organize attacks on our homelands."

'Conditions-based' but whose conditions?

Stefano Stefanini, an Italian former ambassador to NATO, said no one should be surprised Trump is doing his utmost to follow through on his tweet about withdrawal as he seeks legitimacy to continue contesting his loss to President-elect Joe Biden or a legacy on which to run again for president in 2024. Stefanini, now an international strategic communications consultant with Project Associates, told DW he believes Trump will manage to bring home enough service members to declare it a promise kept, regardless of the wider consequences.

Just the first out the door?

Stefanini said a major US drawdown would definitely be felt by those countries that remain as Troop Contributing Nations in NATO's current Resolute Support Mission (RSM). Combat troops have gone home and those service members still in Afghanistan are there to train, assist and advise Afghan forces. "They do rely on the American presence for protection and security and now they become more vulnerable," the former ambassador said.

The US decision could mean a quicker withdrawal is forced on everyone, according to Sir Graham Stacey, a retired UK Royal Air Force Regiment officer who has served in Afghanistan as well as in NATO's Allied Command Transformation in Norfolk, VA.

"[A] significant reduction in US numbers will ... almost certainly, force other Troop Contributing Nations to reassess their position," he told DW. 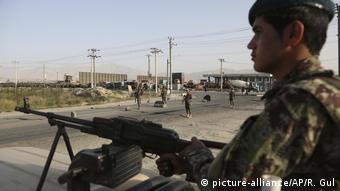 The largest impact will be on Afghan security forces and civilians

But the biggest impact, he said, will be on Afghan security forces and the entire country's stability. "Any decrease in overall security will likely be exploited by others," Stacey said. "A troop reduction at this time risks sending the wrong message to the Taliban."

He said emboldened militants may even see departing US troops as "targets of opportunity" with the rushed withdrawal.

"Planning may well be sub-optimal [and] coordination with allies lacking," he said from London, where he is now with the European Leadership Network.

Dominic Medley spent 16 years working in Afghanistan with NATO, the United Nations and training journalists. He said he is concerned not only about the impact on the country's evolving ability to fight international terrorism but about preserving the gains of almost two decades of investment.

"Afghanistan has been through so many changes in international presence, funding and policy," Medley noted. "Withdrawal needs to be responsible and, especially, in coordination with the Afghan government and NATO allies and partners."

Former ambassador Stefanini said it is too early to presume thousands of US troops will actually leave Afghanistan according to Trump's desired timetable, especially given the opposition to the decision from American military planners. "The Pentagon machine will certainly try to slow it down," Stefanini predicted, "and they will have plenty of reasons."

Read more: Cutting US troops could put Joe Biden in a tough position

There could be a silver lining in terms of trans-Atlantic relations with the end of the Trump administration in sight, he added.

"NATO can ride it out," he explained, "and by showing some stamina can lay the groundwork for its relationship with the Biden administration."

He said though most NATO members are not yet spending enough on their national defenses, "staying put" despite the US drawdown may buy them credibility.