US to cut troops in Iraq, Afghanistan by January

The US will pull some 2,000 troops from Afghanistan and another 500 from Iraq within the next two months, the Pentagon has said. Previously, NATO chief Jens Stoltenberg warned against a hasty Afghanistan pullout. 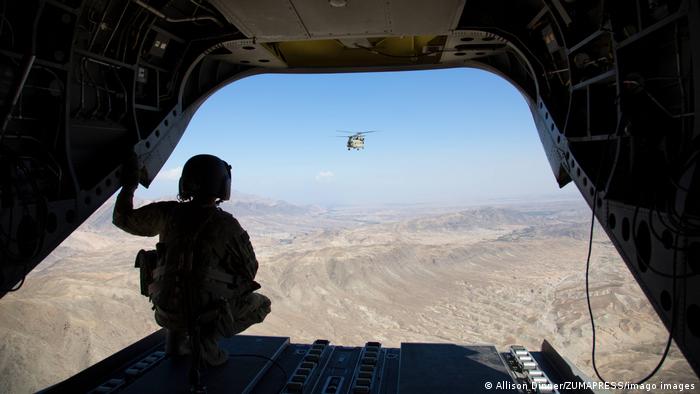 US President Donald Trump will sharply reduce the number of American troops in Afghanistan and Iraq before he leaves office, the Pentagon announced on Tuesday.

Acting Secretary of Defense Christopher Miller said 2,000 troops will be withdrawn from Afghanistan and 500 from Iraq by January 15. The drawdown will leave 2,500 US soldiers in each country.

"This is consistent with our established plans and strategic objectives, supported by the American people, and does not equate to a change in US policy or objectives," said Miller, whom Trump appointed last week after firing Mark Epser.

Trump, who is set to leave the White House after losing the US presidential election to Joe Biden, had previously vowed to pull out all troops in both countries by Christmas.

What is NATO's stance?

Earlier Tuesday, NATO Secretary-General Jens Stoltenberg warned against a hasty troop withdrawal from Afghanistan, saying "the price for leaving too soon or in an uncoordinated way could be very high."

Stoltenberg added that Afghanistan "risks becoming once again a platform for international terrorists to plan and organize attacks on our homelands. And ISIS [the 'Islamic State' militia] could rebuild in Afghanistan the terror caliphate it lost in Syria and Iraq."

Around 12,000 troops from 30 NATO countries are currently in Afghanistan. They are tasked with helping to train and advise the country's national security forces.

US forces make up less than half of those forces, but their NATO allies rely on American troops for transport, air support, logistics and other assistance. A full US withdrawal would likely end NATO's operation in Afghanistan.

Why is the US pulling out of Afghanistan?

An agreement reached between the US and the Taliban in Qatar earlier this year sent into motion the beginning of a US withdrawal from Afghanistan. The deal laid out a 14-month plan to withdraw all military personnel from the US and its allies.

Atiqullah Amarkhail, an Afghan security expert, suggested to DW earlier this year that the Washington's urgency to withdraw troops could be due to frustration with President Ashraf Ghani's government.

"The Afghan government is not making enough progress in the peace process and the US is running out of patience," Amarkhail said. "Washington wants to send a clear message to Afghan leaders – that it will leave the country irrespective of the situation on the ground."

Though the US has been reducing its military presence in Afghanistan, it is still diplomatically involved in the country's affairs. US Secretary of State Mike Pompeo was in attendance when peace talks in Qatar between the Afghan government and the Taliban began in September.

The US invaded Afghanistan in October 2001, less than a month after the September 11 terror attacks.

Four rockets land near US Embassy in Baghdad

The rockets were fired from the al-Amin al-Thaniyah neighborhood in eastern Baghdad, the military said in a statement. There was no immediate claim for responsibility.

Two Iraqi senior officials told the Associated Press the rockets struck just 600 meters (2,000 feet) away from the US Embassy. The rockets were intercepted by the C-RAM air defense system the US installed earlier this year.