The US-Taliban deal in Doha has been hailed as a landmark achievement. However, the agreement provides no guarantee for upholding women's rights. What does it mean for the future of Afghan women? DW analyzes. 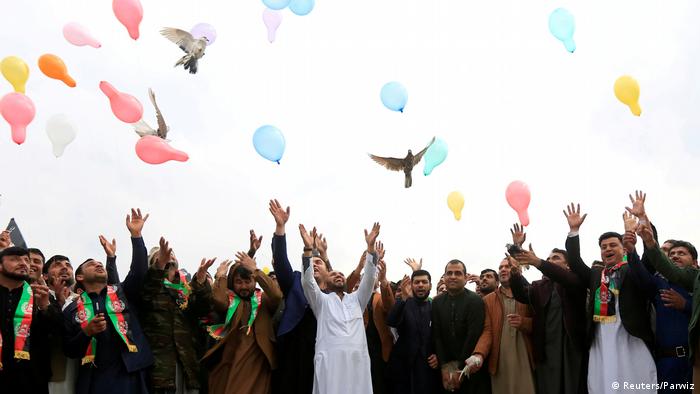 "We want peace and security in our country," said Khadija, who lives in Firozkoh district of Afghanistan's western Ghor province. "The Taliban and the Afghan government should sit down and make peace," the 47-year-old added.

On February 29, the United States and the Taliban signed a historic deal  that has paved the way for a dialogue between the insurgents and Kabul.

The US-Taliban deal has already come under pressure, with Afghan President Ashraf Ghani refusing to release some 5,000 Taliban prisoners, and the insurgent group resuming attacks on Afghan forces. The Pentagon, however, said Thursday that the US agreement with the Taliban still stands.

But what is there for Afghan women in the deal? What guarantees have the Taliban given to uphold women's rights?

Most Afghan women certainly do not want a return to the misogynistic Taliban rule. At the same time, they want the almost 19-year-long conflict to end. Many of these Afghan women have lost their fathers, husbands and sons in the war.

"How many more young men need to die?" asked Mehri, an elderly woman in Herat province. "The young people should be focusing on their education," she said.

Women missing from the peace process

Women's participation in the Afghan peace process has so far been minimal, as was evidenced in the US-Taliban deal signing ceremony in Doha. President Ghani's delegation to Qatar included only one woman.

While many Afghan women are not ready to compromise on their rights, some desperately want the war to end.

"Our research on the Afghan peace process shows that those who have the most to lose are the most critical of the process," said Magdalena Kirchner, head of the Friedrich-Ebert-Stiftung (Foundation) in Kabul. "The well-educated Afghan women, who have achieved a lot, are unwilling to compromise now," she said, adding that many gains after the fall of the Taliban regime in 2001 have not reached a large number of Afghan women.

Kirchner urges foreign donors to ensure that women's rights are protected in Afghanistan.

Peace, but at what cost?

A large number of Afghans want peace, with 64% of those surveyed by the Asia Foundation in 2019 supporting reconciliation with the Taliban. However, the definition of peace — and at what cost it will be achieved — varies from person to person.

"We are desperate for peace," said Fatima, a housewife in Arghandab discrict of the southern Kandahar province. "It does not matter who comes to power. We just want peace," she asserted.

Masuda Sultan, who participated in a previous meeting with the Taliban, told DW that the Taliban were respectful toward them. "When I met them, I realized that they are humans too — with dreams and fears. All parties to the conflict want peace — a kind of healing to overcome the psychological damage of the war," Sultan said, adding that the post-deal opportunity for peace should not be missed.

Read more: Opinion: Goodbye to democracy in the Hindu Kush?

Additional reporting by Shoaib Tanha, in Herat, and Ibrahim Speasaly, in Kandahar.