Opinion: Goodbye to democracy in the Hindu Kush?

A peace deal between the United States and the Taliban has been sealed. The West is pulling out and Afghanistan is left with an uncertain future. But for many, peace is the most important goal, says Florian Weigand. 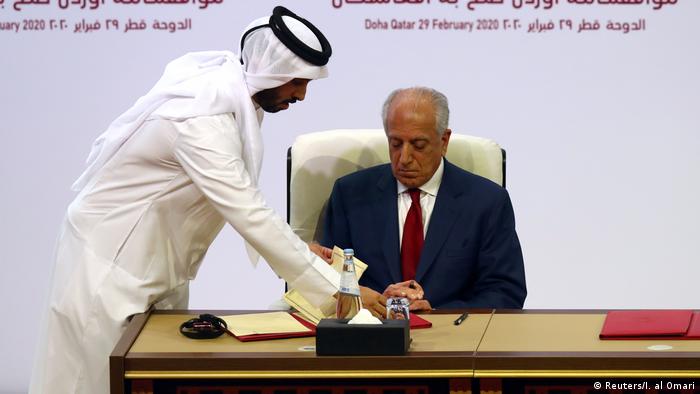 If you strip the Doha peace accord of all its diplomatic frills and edging, only one thing remains — the capitulation of the West to notorious terrorists and strict Islamists who tried to portray themselves as moderate to cut a good figure in public. What concessions did the United States make in return? They dignified them by giving them an equal footing in negotiations and have now pledged to withdraw all Western troops from Afghanistan within 14 months. The Afghan government which didn't really have a large part to play must now grudgingly accept the deal.

At the same time, there have been no concessions from the Taliban. Sure, Afghanistan will no longer pose a terrorist threat to the West. But this has not been the case since the US military intervention in 2001, despite the Taliban being able to steadily consolidate their power in certain parts of the country. The militant group has only Afghanistan and Pakistan in their sights, unlike the self-proclaimed "Islamic State" (IS), which thinks internationally. Whether the militant group has actually been defeated in the Hindu Kush, as is often claimed — or is just taking cover until it can be sure that there are no more US fighter jets circling overhead — is an important but unanswered question for the international community. 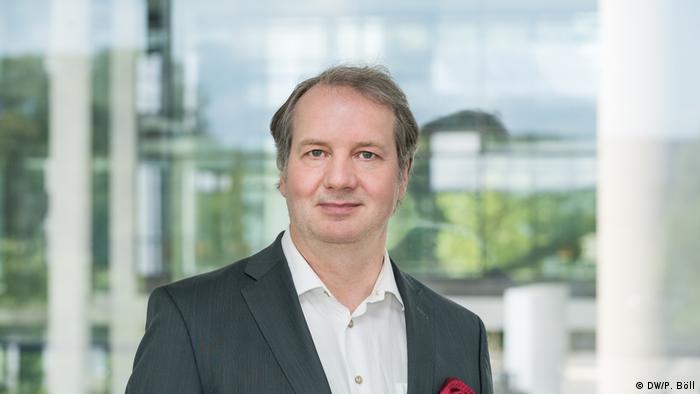 Florian Weigand, the head of DW's Pashut and Dari service

Only vague promises have been obtained. There's nothing binding about the protection of human rights, respect for the constitution of Afghanistan and the hard-won and always endangered women's rights. It's painful to see women's rights activists trying to appear confident during interviews on Afghan TV stations, claiming that today's Taliban are different than they were yesterday. Really? The militant group's deputy leader recently wrote in an opinion piece for the New York Times that women's rights would remain, but "as Islam intended."

The West and the government in Kabul, on the other hand, must honor a lot of concrete commitments. US troops will be withdrawn if the Taliban abide by the deal. The Kabul government has been urged to carry out an exchange of prisoners. In this case, the Taliban would release 1,000 government loyalists against 5,000 of the militant group's fighters who are in government prisons. This a great deal for the Taliban. Within a few days, they will secure — militarily speaking — an additional half a division of fighters. A valuable bargaining chip on the battlefield, as well as in future negotiations with the Afghan government, which are due to begin in ten days' time.

A glimmer of hope remains

How these talks are expected to bear fruit in the foreseeable future remains a mystery. Kabul has yet to achieve a fully-functional government. A few days ago, Ashraf Ghani wanted to take his oath of office, but so did his opponent Abdullah Abdullah, who has claimed the country's recent election for himself. The ballot box, he insists, was manipulated in Ghani's favor. This kind of infighting makes it easy for the Taliban to play their negotiating partners off against each other.

One thing is certain, however; democratic Afghanistan as we know it today — with all its faults and weaknesses — will cease to exist. The extent to which democracy and the "Islamic Emirate à la Taliban" can co-exist in a new constitutional union remains to be seen.

For most Afghans, the Doha agreement still brings a glimmer of hope. Maybe the fighting will end and families will no longer have to bury victims of war and terror. Much depends on whether the West is able and willing, to insist the Taliban keep to their promises and — and just as importantly — to actively support a government in Kabul. Peace always offers the opportunity for positive change. Even the Taliban cannot permanently exclude the country from international relations, be it via social media or international trade.