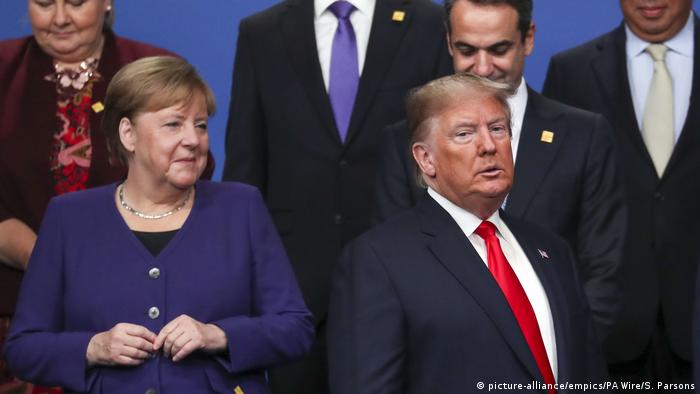 NATO Secretary-General Jens Stoltenberg welcomed the leaders of the 29-member military alliance in London on Wednesday, as the uneasy allies met to celebrate the organization's 70th anniversary.

Following a tense start to the two-day summit on Tuesday — marked by clashes between US President Donald Trump and French President Emmanuel Macron — leaders turned their focus to current and future threats.

On Wednesday, NATO leaders agreed on the importance of mutual defense and the need to assess China's place on the world stage.

"We reaffirm the enduring transatlantic bond between Europe and North America ... and our solemn commitment as enshrined in Article 5 of the Washington Treaty that an attack against one ally shall be considered an attack against us all," they said in a joint statement.

The statement also refers to the need to address the "opportunities and challenges" presented by "China's growing influence and international policies."

What happened on Day 1? The first day of the summit was marked by a series of tense bilateral meetings and press conferences in London, including contentious meetings with Trump. Turkish President Recep Tayyip Erdogan also met for high-stakes talks with Macron, Johnson and German Chancellor Angela Merkel following Turkey's offensive against Kurdish forces in northern Syria.

Queen Elizabeth II held a lavish reception for leaders at Buckingham Palace in the evening — where several leaders were caught on camera talking about Trump's long-winded remarks to reporters during bilateral talks.

The video shows Johnson and Canadian Prime Minister Justin Trudeau joking with Macron about the press conferences, with Trudeau saying: "You just watched his team's jaw drop to the floor."

Asked about the incident later, Boris Johnson said "I really don't know what is being referred to there.'' Trump later called Trudeau "two-faced" and Macron "nasty."

"If we can't achieve a better relationship in the short term, then we need to manage a difficult relationship."

The most important thing when dealing with Moscow, Stoltenberg said, was to avoid a new arms race.

Macron and Trump trade barbs: Trump kicked off the summit by criticizing his French counterpart for saying that NATO was "brain dead." Trump, who himself once called NATO obsolete, said the French leader's remark was "nasty" and said he could imagine France leaving NATO. Trump later softened his stance during a bilateral meeting with Macron, although the French leader said he stood by his comments and criticized allies in the alliance for having differing views on what constitutes "terrorism" — a not-so-veiled criticism of Turkey and the United States.

NATO recognizes China's influence: NATO leaders are to raise concerns about China's growing influence for the first time in a joint leaders' declaration. Their statement recognized that China's rise "has security implications for all allies," NATO leader Stoltenberg said — including missiles that can reach the US and Europe.

Military spending: Trump continued to lash out at European allies over defense spending, the topic weighing heavy during bilateral talks with the US leader on Wednesday. He has frequently called out Germany overspending, but might receive some pushback since Berlin has increased its defense budget. French President Macron has also urged for less of a focus on increasing spending and more attention to countering new military threats.

Donald Trump goes after Macron at start of NATO summit

The US president called Macron's "brain dead" remarks on NATO "nasty," saying he could see Paris leaving the military alliance. The comments set the tone for what is expected to be another tense summit among NATO allies. (03.12.2019)