For the first time in NATO's history, the alliance is recognizing the challenges posed by China's rise in a summit declaration. NATO's chief said Beijing's growing military capabilities had "implications for all allies." 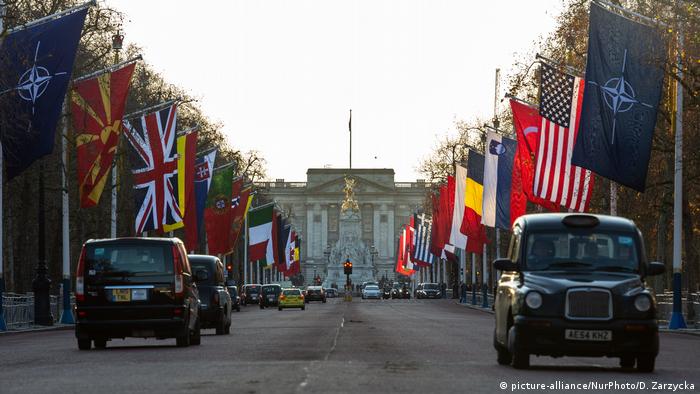 NATO leaders are to raise concerns about China's growing influence for the first time in a joint leaders' declaration at a summit in London.

The 29 member states will sign off on a statement Wednesday that formally acknowledges the "opportunities and challenges" posed by China's increasing global role.

"We have now of course recognized that the rise of China has security implications for all allies," NATO Secretary-General Jens Stoltenberg said on Tuesday.

"China has the second-largest defense budget in the world," he added. "They recently displayed a lot of new modern capabilities, including long-range missiles able to reach all of Europe, United States."

Read more: NATO nerves on edge ahead of leaders' meeting

NATO leaders are attending a two-day summit in the British capital to mark the military alliance's 70th anniversary.

Delegates at the meeting are expected to endorse a report outlining an action plan for how to engage with China.

Read more: Germans in favor of 'reducing reliance' on US

NATO's mission has expanded since its creation in 1949 as a counterweight to the power of the Soviet Union. Its security remit is limited to North America and Europe, but Stoltenberg said China's rising influence should not be ignored.

He noted that apart from making technological strides, Beijing was investing heavily in European infrastructure and cyberspace, and expanding its presence in Africa and in the Arctic.

The NATO chief stressed that the alliance did not seek "to create a new adversary but just to analyze, understand and then respond in a balanced way to the challenges China poses."

Tomas Valasek, a senior fellow with the Carnegie Europe think tank, said NATO would likely take time to develop a China policy. He added that, in the long run, Beijing could represent "a bigger problem but a slower burning one" than Russia.

The summit leaders' declaration also includes a pledge to ensure "the security of our communications, including 5G, recognizing the need to rely on secure and resilient systems."

The text is a sign of growing unease in the West over the role of Chinese companies such as Huawei in building mobile networks.

The US has urged Europe to ban Huawei's 5G internet technology, saying the company's equipment could be used to spy and deliver sensitive information to the Chinese government.