From 2021, Germany will increase its contribution to the NATO budget to be in line with what the US pays. NATO officials hope the move will diffuse tensions surrounding the cost of maintaining the military alliance. 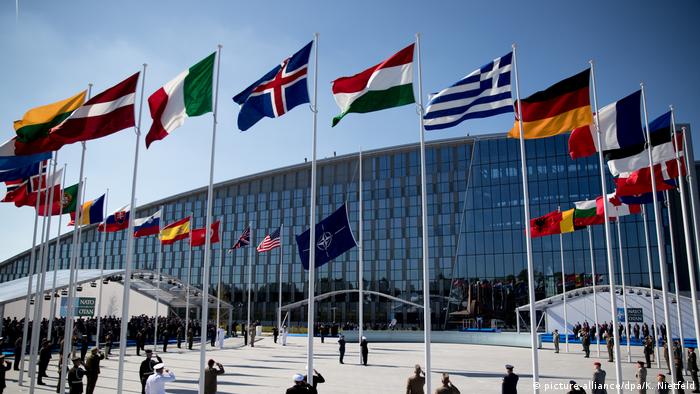 Germany will increase its contribution to the NATO budget by €33 million ($36 million) to match what the US contributes, officials have announced.

A week before their 70th anniversary summit in London, the 29 NATO member states agreed to changes in how the military alliance's costs are covered.

Read more: Does Turkey still want to be in the EU?

The alliance's budget will be used to invest in infrastructure as well to finance NATO's headquarters in Brussels, among other projects.

The new agreement means Germany's annual contribution to the NATO budget will increase by about €33 million, while the US will save around €120 million.

"All allies have agreed a new cost-sharing formula. Under the new formula, cost shares attributed to most European allies and Canada will go up, while the US share will come down," a NATO official told the Agence France-Presse on Thursday.

"This is an important demonstration of allies' commitment to the alliance and to fairer burden-sharing."

NATO officials hope the new agreement will alleviate some of the tension around the topic of NATO financing. US President Donald Trump has complained that the US covers more than its fair share of the costs for the alliance. He has demanded that other member states make good on their pledges to increase their NATO contribution to 2% of GDP by 2024, a goal that Germany will not reach.