What would Donald Trump ending US aid mean for Palestinians? | Middle East | News and analysis of events in the Arab world | DW | 04.01.2018

What would Donald Trump ending US aid mean for Palestinians?

Donald Trump is threatening to cut off US aid to the Palestinian territories. The move, which follows his recognition of Jerusalem as Israel's capital, could have dire consequences for people in Gaza and the West Bank. 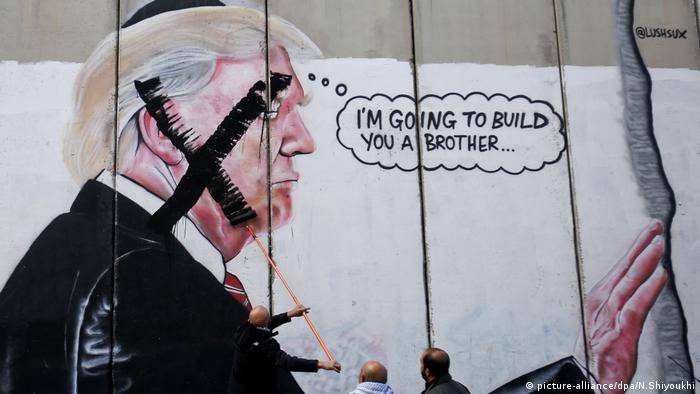 It was another bombastic tweet from the US president. "We pay the Palestinians hundreds of millions of dollars a year and get no appreciation or respect. But with the Palestinians no longer willing to talk peace, why should we make any of these massive future payments to them?" He wrote on Tuesday.

For the Palestinians, it read very much as a threat — one to which they reacted frostily. Hamas, which governs Gaza, called it "cheap political blackmail." The PLO, referring to the debate launched last month by Trump when he recognized Jerusalem as Israel's capital, rebuffed the threat. "Jerusalem is the eternal capital of the state of Palestine, and it is not for sale, for gold or billions," said a spokesperson for Mahmoud Abbas, president of the Palestinian Authority.

"Trump is an inconsiderate person who doesn't really want a political solution. Rather, he abuses money as an instrument of political control," Muhsin Abu Ramadan, an activist from Gaza, told DW, adding that Trump's tweet also showed little regard for Israel. "Israel needs stability in the Palestinian territories. If that falls apart, it affects Israel." 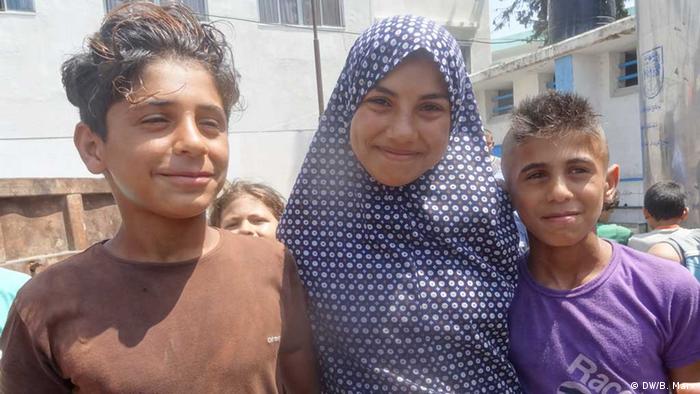 Young Palestinians would be directly affected by a halt in US aid, much of which goes to education

Aid cuts would have dire consequences

Günter Meyer, head of the Center for Research on the Arab World at the University of Mainz, believes Trump's rhetoric is likely to further inflame tensions in the Middle East. Were the US president to follow through on his threat, Meyer said, it would have dramatic consequences for the Palestinian people.

"A cut in funding would considerably worsen the economic situation in the territories," he explained. "The United States is by far the biggest supporter of the UNRWA, the United Nations relief agency for Palestinian refugees. It contributed more than $370 million (€300 million) in 2016. If the most important contributor for aid programs — schools, medical care, social programs — cuts funding, that would be a serious setback for the Palestinians."

The Palestinian territories rely heavily on foreign aid, funded mainly by the US and European Union. In 2015, EU institutions and member states provided around $837 million. Germany itself contributed some $92 million. The biggest contribution from the Arab world comes from Saudi Arabia, which pays around $240 million each year. In total, the territories received $1.8 billion in aid in 2015.

It may sound like a lot, but the money is only sufficient to ease the suffering for Palestinians and ensure the survival of their territories. "Basically, given the current restrictions on the part of Israel, it would not be possible to survive in the West Bank and the Gaza Strip without foreign aid," said Meyer.

Gaza relies heavily on foreign aid for food and other necessities

Foreign aid on the decline

But foreign aid for the Palestinian territories has been steadily decreasing in recent years. Between 2014 and 2015, funding dropped by $614 million. The reasons are varied. A number of countries have decreased their development aid budgets, and other global crises have also taken some of the focus away from the ongoing Israeli-Palestinian conflict. The unrest in Iraq and the continuing humanitarian catastrophe in Yemen mean there is less funding directed toward the Palestinians. Meyer pointed out that the work of pro-Israeli lobbyists is also partly responsible for the decrease.

However, he says that the Palestinians have also not helped their cause. "The lack of reforms in the West Bank under Abbas and the PLO, the long overdue elections and the resulting deficits in democratic relations have all contributed to a lack of willingness on the part of donor countries to continue to support the region the way they have done in the past," he said.