The legislation amendment could complicate efforts to reach a peace accord between Israel and Palestine. It comes less than a month after US President Donald Trump's decision to recognize Jerusalem as Israel’s capital. 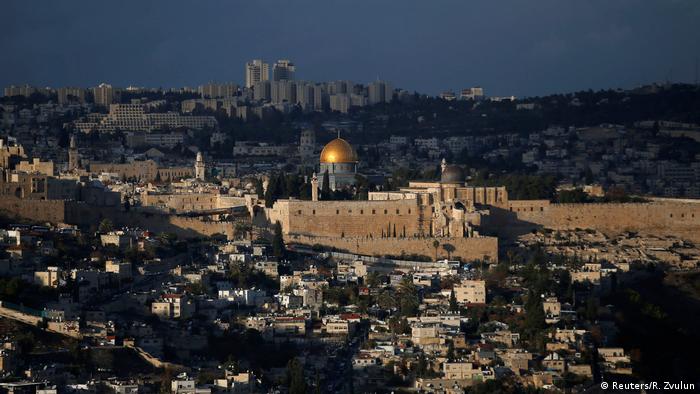 Israel on Tuesday raised the number of votes needed for any future vote on ceding parts of Jerusalem to Palestine, in a move that could hamper the division of the city as part of a peace agreement.

The amendment to the legislation increased the number of votes required to approve proposals to hand over any section of the city to "a foreign party" from 61 to 80 in the 120-seat Knesset.

Shuli Moalem-Refaeli of the far-right Jewish Home party formulated the amendment, which passed 64 votes to 42.

It comes less than a month after US President Donald Trump angered Palestinians, Middle East leaders and world powers by recognizing Jerusalem as Israel's capital.

Dov Henin of the opposition's mainly Arab Joint List said the new law should be called "the law to prevent peace," while the head of the opposition Isaac Herzog said Jewish Home was leading Israel "toward a terrible disaster."

Read more: Dozens of Palestinians injured in clashes with Israeli security forces during 'Day of Rage'

US negotiations between Israel and Palestine have been frozen since 2014 but, if resumed, an Israeli parliament majority to approve handing over parts of Jerusalem could complicate efforts to reach a peace agreement.

Israel seized control of the eastern part of Jerusalem in the 1967 Middle East war and sees the whole of Jerusalem as its indivisible capital. The Palestinians view the east as the capital of a future state that would also include the occupied West Bank and the Gaza Strip.

Trump's decision to recognize Jerusalem as Israel's capital sparked protests worldwide, from Jordan to Indonesia, and the Palestinians have said Washington can no longer serve as a peace broker.

A US bid to revive negotiations, led by Trump's adviser and son-in-law, Jared Kushner, has so far shown no progress.

In December, the UN General Assembly overwhelmingly voted to reject Trump's decision and render it "null and void."

Such a move could accelerate procedures for the construction and expansions of settlements. The settlements are currently under military jurisdiction, giving Israel's defense minister the final say on building there.

Israel will follow in the footsteps of the United States and withdraw from UNESCO. Both countries allege the UN body has an "anti-Israel bias." (30.12.2017)