Rival Palestinian political factions have agreed to hold elections by the end of 2018. The announcement came after two days of reconciliation talks in Cairo between Fatah and Hamas. 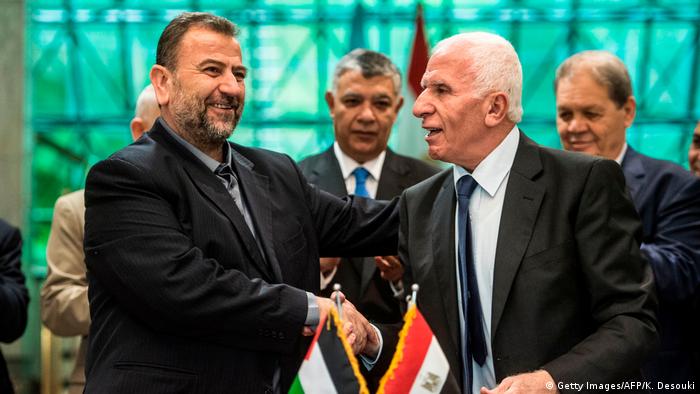 Fatah and Hamas have agreed alongside 11 other political factions to hold presidential and legislative elections by the end of 2018. A joint statement released by all the factions together, said that Palestinian Authority (PA) President Mahmoud Abbas would set the date for the vote.

Parliamentary elections have not taken place since Hamas gained political control of Gaza in 2007 from Fatah, which dominates the PA government in the Israeli-occupied West Bank city of Ramallah. The results were not recognized by Fatah, sparking a major conflict and a violent seizure of the Gaza Strip by Hamas.

Palestinian and international leaders hope that the implementation of the unity deal could help ease the hardships of Gaza's two million residents, who have been suffering from severe poverty and unemployment.

The division between Palestinian factions has been cited as one of the largest obstacles to meaningful peace talks with the Israelis. The statement issued after the Cairo talks stressed that the Egyptian-sponsored unity deal between the Islamist Hamas movement and Abbas's Fatah party was a "realistic start to end" these divisions.

It underscored the "importance of removing all obstacles in the path of the government's efforts to immediately assume its responsibilities toward our people."

The statement also praised a unity agreement reached between the two parties in October designed to end a 10-year rift between the rivals, and under which Hamas is supposed to cede power in the Gaza Strip by December 1.

The measures, however, still face significant hurdles, in particular with regard to the future of Hamas's vast armed wing, which has fought three wars with Israel since 2008.

Rafah crossing to Egypt opens for (some) Gaza Palestinians

For the first time in a decade — and for just three days — the Rafah border crossing is open under the auspices of the Palestinian Authority. It's an important step in the reconciliation deal between Hamas and Fatah. (18.11.2017)

A senior Hamas figure has said the group will not dismantle its powerful armed wing or recognize Israel. It came in response to Washington demanding Hamas meet those conditions to join any Palestinian unity government. (19.10.2017)