Rafah crossing to Egypt opens for (some) Gaza Palestinians | Middle East | News and analysis of events in the Arab world | DW | 18.11.2017

Rafah crossing to Egypt opens for (some) Gaza Palestinians

For the first time in a decade — and for just three days — the Rafah border crossing is open under the auspices of the Palestinian Authority. It's an important step in the reconciliation deal between Hamas and Fatah. 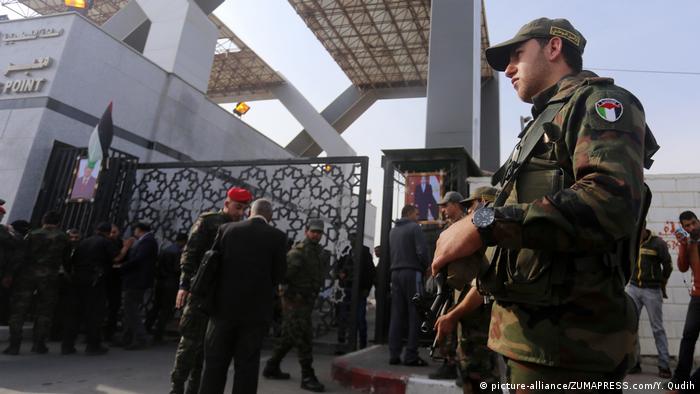 All eyes in Gaza were on the Rafah crossing this week. It was expected to open on November 15 under the auspices of the Palestinian Authority. But the day came and went and the crossing stayed closed. On Saturday, Egypt announced that it would open for three days, mainly for humanitarian reasons. It is the first time since 2007 that the crossing has been opened with the Palestinian Authority in charge. But many had hoped for a more permanent opening — a sign that things might change after the reconciliation announcement between Hamas and Fatah.

Gaza has been increasingly isolated since the Hamas movement took control in 2007. For the past 10 years, Gaza's borders have been closed: Travel is tightly controlled by Israel and Egypt. A whole generation of young people has never been able travel abroad — or even to leave Gaza. Since the announcement of a deal to end the decade-long split between Hamas and Fatah in October, brokered by Egypt, people in Gaza have expressed hope that the crossing might open more permanently. However, disputes between the two rivals over security arrangements seem to have stalled. New reconciliation talks are set to take place next week in Cairo. 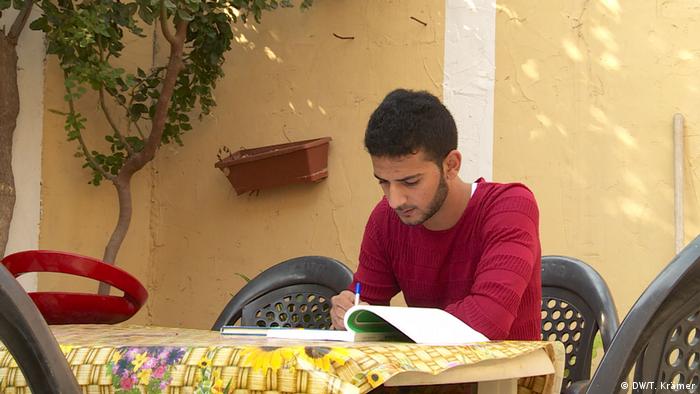 "Since they announced the reconciliation, not much has changed on the ground in Gaza," Wasim al Hussein said before the border opened. The 20-year-old has had his suitcase packed to travel for six months now. He wants to continue his studies in the United States, where he has secured a scholarship. "I changed all my summer clothes to winter clothes," Hussein said. "But nothing here is ever certain: I might still have to change them again." But, even when the crossing opened, he couldn't be sure he'd get through. Only a few buses per day are transferring passengers from Gaza to the Egyptian side of the border. "Usually you need connections to be on top of the list," Hussein said. On November 1, Hamas handed over its part of control of the three border crossings to Palestinian Authority officials from Ramallah. At the Erez crossing with Israel, Hamas dismantled its checkpoint within a few hours, taking away office furniture, scanners and computers. Only the checkpoint of the Palestinian Authority remains, where officers coordinate the entry and exit of travelers. But the Erez crossing only allows UN staff, humanitarian workers and international journalists to pass — in addition to a restricted number of Palestinian merchants and patients seeking treatment in Israel and the West Bank. For most Gazans, the Erez crossing is simply unreachable.

Responsibility for the Rafah crossing was also handed over to the Palestinian Authority on November 1. For most of the 2 million inhabitants of Gaza, Rafah remains their only way to reach the outside world. But at this crossing, too, the Egyptian authorities usually restrict travel to certain groups like patients who need treatment abroad or are allowed to pass for humanitarian reasons, people with a foreign passport, students with scholarships. The biggest challenge is that the crossing is still open on an irregular basis. This year, according to the United Nations, the border was open only for 28 days. This includes days when Egypt allowed people only to return to the Gaza Strip in one-way crossings. In October, the crossing remained closed. An estimated 25,000 people are on a waiting list to travel through the crossing.

Afaf Naser al Saafin is also waiting for her chance to leave Gaza. "I have tried everything, but so far, nothing worked out really," she said before the Rafah crossing opened, worried that she might just have to continue waiting. The young doctor had just finished a 24-hour shift at the emergency room at Al-Shifa Hospital, Gaza's biggest medical facility. At 29 years old, she has never been outside of the territory. Six months ago she registered to travel through the Rafah crossing. "Last time, it was last month, I was lucky to be on the list," she said. But then there was a terror attack just across the border in Egypt. As a result, the Egyptian authorities didn't open the crossing as planned for three days. Again, all her hopes of traveling vanished. "My dream is to get additional training to specialize in neurology," Saafin said. "This training is not available in Gaza." Anyhow, she just would like to have the experience to travel and see the world.

It remains unclear how the Rafah crossing will operate in the future. So far, the Egyptians have not signaled any change of policy. 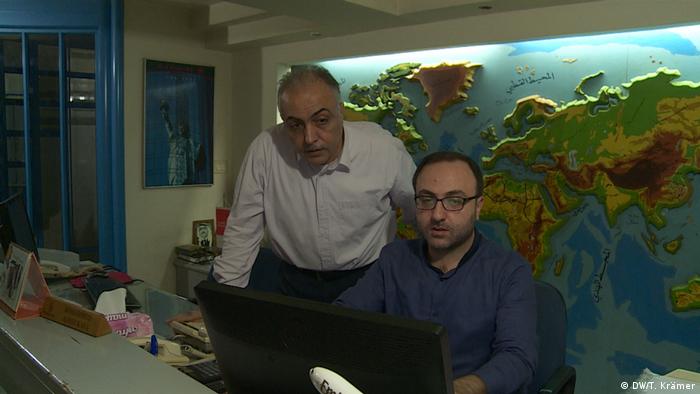 The ever-present uncertainty is something that travel agent Nabil Shurafa knows all too well. "The people are frustrated and disappointed. They were promised many times that the crossing will open, but at the end it stays closed or opens just for a few days." In principle, he does not accept bookings until it is clear when the Rafah crossing will open. "Every canceled ticket costs money," he said. "Our clients already have enough loss when they can't travel." Since the 1950s, the family has maintained the travel business despite the extremely limited travel options. Photos on his desk of foreign airlines flying to Gaza Airport are a reminder of better times. "It would be important for the people, that they can go to the border crossing without the feeling that they are at the mercy of everything," he said. "It should be clear when the border opens and when you can travel."