What is the India-France Rafale fighter jet deal all about? 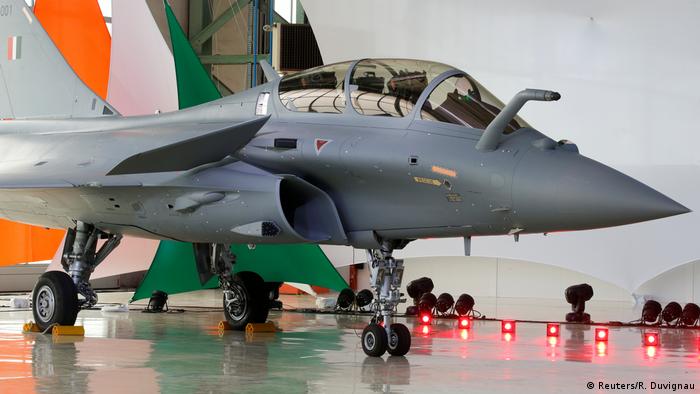 The first Rafale jet arrived in India in 2019

As India continues to embark on modernizing its aging military amid ongoing geopolitical challenges, one of Delhi's biggest defense deals continues to draw controversy years after it was concluded.

In late July, India's Defense Minister Ajay Bhatt told media that deliveries of the aircraft were on schedule, with 26 having arrived in India so far. The remaining jets are expected by the end of 2021.

However, the deal, worth €7.8 billion ($9.4 billion), has been mired by allegations of corruption and cronyism. On July 2, France opened a judicial investigation into corruption allegations, according to the national financial prosecutors' office (PNF).

The investigation was prompted by a report by the French investigative website Mediapart, which claimed that "millions of euros of hidden commissions" were given to a middleman who helped Dassault conclude the sale.

Some of the money may have also been given as bribes to Indian officials, the report claimed.

Dassault has said its audits have uncovered no financial malfeasance.

What is the Rafale deal?

Modi's 2015 deal came years after India's United Progressive Alliance (UPA), led by the opposition Congress party, led negotiations with Dassault after the French company was chosen as the winner in 2012 of India's Medium Multi-Role Combat Aircraft (MMRCA) competition, which was intended to supply 126 aircraft to the Indian military.

However, negotiations between the UPA and Dassault stalled over disagreements that 108 of the planes would be produced in India by the state-owned Hindustan Aeronautics Limited (HAL).

Dassault had concerns over technology transfer to the Indian aerospace company, along with doubts over HAL's capacity to produce the complex aircraft. 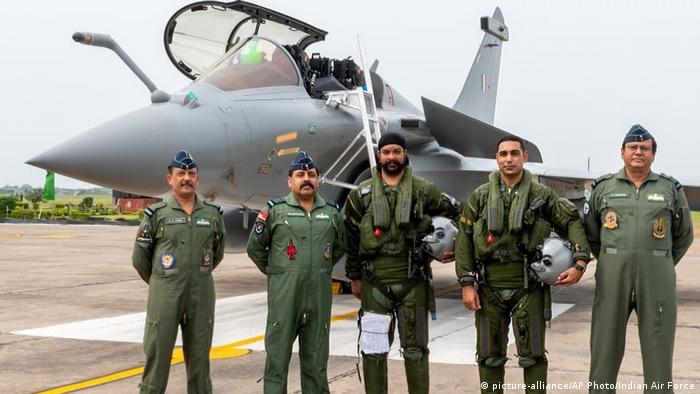 Modi's new deal, worth €7.8 billion, came as somewhat of a surprise amid reports that the original deal was close to being finalized.

However, after a meeting in April 2015 between Modi and then French President Francois Hollande, it was announced that 36 Rafale jets would be delivered from France to India in flying condition. The MMRCA tender for the 126 jets was scrapped in July 2015.

After it was finalized in 2016, Modi's new fighter jet deal was touted as a major victory in cutting through red tape by his Bharatiya Janata Party (BJP), which used the occasion to showcase the prime minister as a skilled negotiator.

Why is Modi's Rafale deal controversial?

However, Modi's political opponents in the Congress party quickly stepped up criticism of the BJP government, saying the jet purchase was India's "biggest ever" corruption scandal.

Congress alleged the BJP government was paying a lot more than the UPA government had negotiated for the jets, and that the BJP was favoring private business over public enterprise.

These accusations were centered on Reliance Aerospace, a conglomerate headed by Anil Ambani, a businessman with close ties to Modi.

Reliance, which had no prior experience in aeronautics, replaced HAL as the Indian partner in the deal. The company had been registered just 12 days before Modi announced the deal in April 2015.

A so-called offset requirement, which was included in the deal to promote research and development in the Indian defense industry, raised eyebrows, as Reliance reportedly stood to gain a chunk of the money reinvested into India through a joint partnership with Dassault.

The offset obligations required Dassault to reinvest 50% of the deal's earnings back into India's defense sector.

In a joint statement in 2016, the companies said that the joint venture would be a "key" part in the completion of offset obligations.

The involvement of the private company Reliance over the public enterprise HAL, which had been selected as a "lead integrator" in the previous deal, was criticized by opposition parties.

Critics accused Modi of crony capitalism and the government of favoring big businesses.

Amit Cowshish, a former financial adviser of acquisition at the Defense Ministry, told DW that HAL had been chosen as a production partner to make jets in India, while Reliance was chosen as a partner for the sole purpose of fulfilling the offset obligation.

Under the Modi's revamped deal, no aircraft would be made in India, although Dassault would still have to fulfil its offset obligations.

The Congress party has repeatedly requested the creation of a joint parliamentary committee to investigate allegations of fraud. However, India's Supreme Court ruled out investigating the allegations in 2018, and rejected pleas to reexamine its judgment in 2019.

Indian PM Modi needs to grow the Indian economy while building transparent governance of corporations. However, he must first overcome criticism that he is too cozy with India's corporate class. Murali Krishnan reports.

Taking from the rich and giving to the poor in India