India's opposition has accused Modi of corruption over the 2016 Rafale jet deal. The charge comes after French ex-President Francois Hollande said Modi asked Paris to pick an Indian billionaire as partner in the deal. 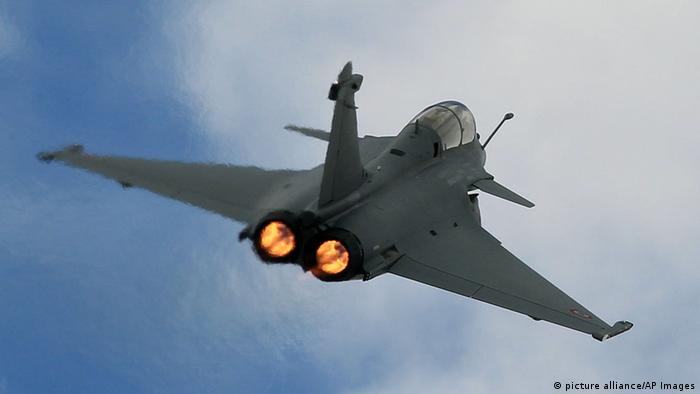 Modi has faced repeated calls to resign over his role in the 2016 purchase of 36 Rafale aircraft from France, which saw the private conglomerate, Reliance Group led by billionaire Anil Ambani, picked over a public company as the Indian joint-venture partner.

The Indian leader's role came under further scrutiny this week when former French President Francois Hollande admitted that Paris didn't have a say in who India proposed as the service company.

"We did not have a choice, we took the interlocutor who was given to us," Hollande told the French investigative website Mediapart on Friday.

"It was the Indian government that proposed this service group (Reliance), and Dassault (the French manufacturer) who negotiated with" them, Hollande said.

The former French leader denied any personal conflict of interest over Reliance, which partially financed a film by his girlfriend Julie Gayet in the same year as the jet deal was finalized.

"The PM personally negotiated and changed the Rafale deal behind closed doors. Thanks to Francois Hollande, we now know he personally delivered a deal worth billions of dollars to ...Anil Ambani (the billionaire chairman of Reliance Group)."

The government's decision meant that the state-run Hindustan Aeronautics Limited lost out on a lucrative joint-venture contract for the new jets, to replace India's ageing fleet of Russian aircraft.

Read more: Panic breaks out on Indian flight as pilot forgets to turn on cabin pressure

Officials in India and France insist Dassault had freely chosen to partner with Reliance for the fighter jet order, despite Ambani having no previous experience in the field of aeronautics.

Indian political parties have been gunning for Modi over the 2016 purchase, estimated to be worth €7.4 billion ($8.7 billion), saying he had overpaid for the planes and had not been transparent.

Under Indian defense procurement rules, a foreign firm must invest at least 30 percent of the contract in India to help it build up its manufacturing base and wean it off imports.

Modi, who stormed to power in 2014 promising to rid India of deep-seated corruption, is under pressure to shore up his political base ahead of a series of state elections this year followed by a national election in 2019.

Marches have taken place in several cities across India in protest at a controversial ban on high-value banknotes. But some ordinary Indians support the move as an anti-corruption measure. (28.11.2016)

Ruling the practice unconstitutional has done little to deter men, according to New Delhi. Prime Minister Modi's critics have accused him of unfairly targeting Muslims ahead of national elections. (19.09.2018)

Britain has presented its model for a next-generation fighter jet at the Farnborough Air Show. It would rival a similar France-led project, as the UK tries to maintain its military prowess in a post-Brexit world. (16.07.2018)

India is bracing for its second cyclone in a week as officials in two eastern states ordered mass evacuations. The country's hospitals are already under strain from a spike in COVID-19 cases.