Rafale controversy: What you need to know about India′s fighter jet deal with France | Asia | An in-depth look at news from across the continent | DW | 13.02.2019

Rafale controversy: What you need to know about India's fighter jet deal with France

A 2016 fighter jet deal with France is beginning to cause problems for Prime Minister Modi, whose detractors accuse him of corruption. Here are 10 key points about the agreement between New Delhi and Dassault Aviation. 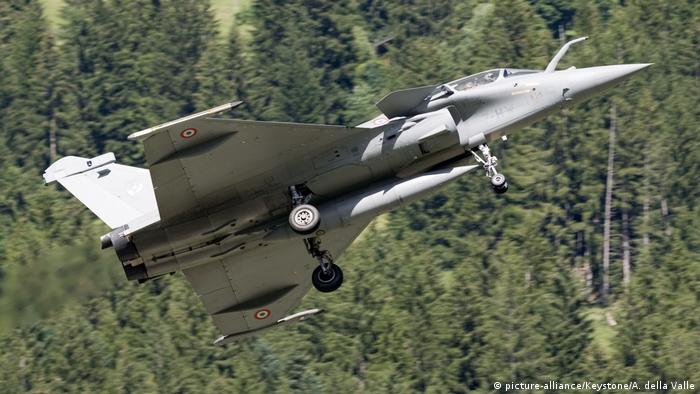 1. In 2007, after several warnings by the Indian Air Force that its fleet of warplanes was becoming outdated, the Indian government under former Prime Minister Manmohan Singh of the Indian National Congress (INC) party, invited bids from international manufacturers for 126 fighter jets.

2. Five years later, the bid was won by France's Dassault Aviation, which offered the lowest prices compared to rival companies in the US and Europe. The initial arrangement stipulated that 18 planes would be imported to India for immediate use. The remaining would be manufactured in India together with the Indian Hindustan Aeronautics Limited (HAL) aviation firm. At the time, there was no final decision on the price of the aircraft.

3. In January 2016, Prime Minister Narendra Modi and French President Francois Hollande signed a Memorandum of Understanding on the purchase of the Rafale fighter jet, manufactured by Dassault. A few months earlier, during a trip to Paris, Modi announced his government would buy 36 jets for an immediate deployment. These would be delivered by the beginning of September 2018 at a cost of €7.8 billion. India would also get spare parts and the Meteor missile, manufactured by the European company MBDA.

4. An additional condition of the agreement was that France would have to invest 20 percent of the nearly €8 billion for producing parts of the aircraft in India. Thirty percent would be used for promoting research and development in aeronautics and defense. 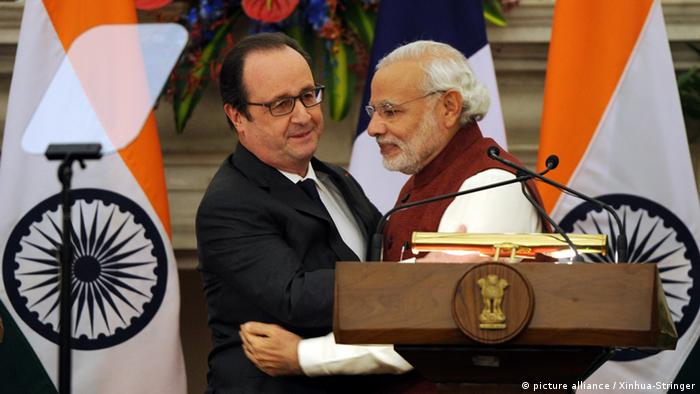 Hollande was the guest of honor at the Indian Republic Day, celebrated on January 26, 2016

6. Problems began emerging two years later, when former French President Hollande told French website Mediapart that his government did not have any say in choosing Dassault's manufacturing partner in India and that Reliance Defence was nominated by the Indian government. Soon after, Dassault Aviation released a statement claiming the decision to choose Reliance was their own.

7. India's opposition Congress party, including its leader Rahul Gandhi, accused Prime Minister Modi's government of unfairly awarding the contract to Reliance Defence instead of state-owned aeronautics firm HAL. They also accused him of paying three times the amount that was initially agreed upon.

8. Following petitions to investigate graft allegations, the Indian Supreme Court said in December 2018 that it found "no occasion to doubt the process" of signing the deal with Dassault Aviation.

10. However, the report that was tabled in India's upper house of parliament, the Rajya Sabha, does not include the aspect of pricing. India's Ministry of Defense has said data pertaining to pricing was confidential. Furthermore, the report may be perceived as biased, considering that Mehrishi was the finance secretary in the federal government – and thus a negotiator - when the deal was signed in 2016.

New Delhi has signed a deal with France's Dassault Aviation to buy 36 Rafale fighter jets. The agreement comes amid heightened tensions between Pakistan and India, including an attack on an Indian air base. (23.09.2016)

During his tour of Europe, Indian Prime Minister Narendra Modi will need to walk a fine line between building ties and maintaining his country's neutral stance on the Russian invasion of Ukraine.