What Donald Trump and Vladimir Putin should agree on in Helsinki | Americas| North and South American news impacting on Europe | DW | 15.07.2018

What Donald Trump and Vladimir Putin should agree on in Helsinki

Trump said he hoped for an "extraordinary relationship" with Russia ahead of a summit with Putin. Their talks will cover several tricky topics, but there's one uncontroversial issue where real progress is possible.

In a briefing for reporters last week, Washington's ambassador to Moscow clearly was trying to manage expectations for the upcoming high-stakes summit between President Donald Trump and his Russian counterpart, Vladimir Putin, in Helsinki.

Asked whether he expected any concrete commitments or agreements to come out of the summit, Jon Huntsman said: "I think the fact that we're having a summit at this level, at this time in history, is a deliverable in itself."

He then cited the recent meeting between Trump and North Korea's Kim Jong Un in Singapore as a possible blueprint for the upcoming talks between the US and Russian leaders.

While the Trump administration argues that what it calls the "change in atmosphere" after the Trump-Kim meeting has led to the possibility of reduced tension with Pyongyang and that this should be viewed as a success, many outsider observers disagree with that interpretation.

They note that Trump himself, with his bellicose rhetoric, ratcheted up the tensions with North Korea only to then arrange a summit to defuse a crisis of his own making. They also argue that the much-hyped summit produced little more than a vague statement devoid of any specifics regarding the Trump administration's touted goal of North Korea's complete denuclearization, and that Pyongyang since then has stonewalled clear commitments to that end.

Considering its meager track record, the Trump administration's signaling that the Singapore summit could serve as a blueprint for Putin and Trump's Monday Helsinki get-together is underwhelming for such a high-profile meeting, said Christine Wormuth, the former undersecretary of defense policy for President Barack Obama. "I don't think it's too much to expect that there would be more concrete outcomes to such a meeting than just the meeting itself."

But because the Trump-Putin summit faces even higher hurdles — some of Trump's own making — than his meeting with the North Korean leader, progress or tangible results could prove even more elusive in Helsinki than they were in Singapore. At the NATO meeting Trump clashed repeatedly with America's allies

The most immediate obstacle for the Trump-Putin meeting is the US president just coming from a deeply acrimonious NATO summit, where he repeatedly lashed out against America's traditional allies only days before he is to meet Russia's leader, whom he has repeatedly praised. That makes for an awkward setting.

"It would not be helpful at this point to have a very warm meeting where President Trump and President Putin are mutually sharing grievances about NATO countries for example," said Wormuth. "I think the timing of this summit is less than ideal, particularly coming quickly on the heels of the NATO summit, where the atmospherics were quite bad."

But aside from the astonishing fact that it seems possible, perhaps even likely, that a US president might have a friendlier meeting with the leader of Russia than with the leaders of the US' European allies, numerous thorny issues make progress between Moscow and Washington appear difficult, if not impossible. Chief among them is Russian meddling in the US election, its role in Syria, its illegal annexation of Crimea and its intervention in Ukraine.

To be sure, Trump's impulse on all of these issues is to accommodate Russia or strike what he views as some sort of grand bargain with the Kremlin in order to establish better ties with the country and Putin personally. This has been one of only a few central and consistent patterns of his political framework since the beginning of his presidential campaign.

And one can certainly never exclude Trump — particularly during the Helsinki session during which he and Putin are to meet privately with only interpreters present — making major concessions, such as accepting the Kremlin's annexation of Crimea. And this is precisely what many Trump and Kremlin watchers in the US and Europe fear.

But since Russia is arguably the one area in which the Republican-led Congress has taken seriously its role to act as a check on the administration, Trump's opportunity to swiftly and unilaterally change key US foreign policy stances appears to be constrained. 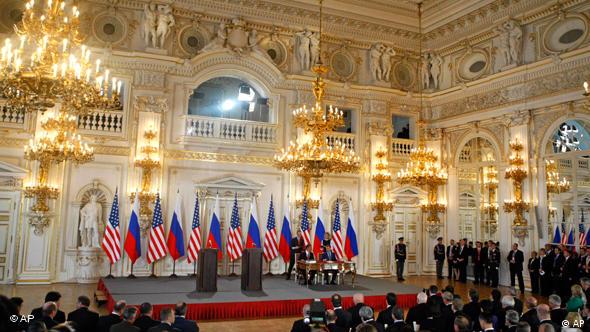 This is evidenced by the fact that, notwithstanding the president's repeated advances toward Putin, the US has beefed up its military commitment on NATO's eastern flank and has increased its sanctions vis-a-vis Russia. It also closed Russia's consulate in Seattle and expelled 60 Russian diplomats — more than all European countries combined — in the wake of the poisoning of a former Russian spy and his daughter in Britain earlier this year.

Given that US lawmakers will not only pay close attention to Trump's talks with Putin, but also appear prepared to legislatively thwart any concrete concessions he might be willing to make on crucial issues such as Crimea or Syria, the president's wiggle room in Helsinki seems somewhat limited.

While that may not necessarily concern Trump — who often appears to be interested more in the optics of meetings than in outcomes — there actually is a comparatively easy deal up for grabs in Helsinki for a president who revels in deal making.

Trump and Putin could agree to extend the expiring New Start agreement that dramatically slashed the strategic nuclear weapons arsenal of both countries. The accord went into effect in 2011 and is set to expire in 2021.

"My highest priority would be to take that question mark away and say okay we are going to extend New Start by five years," said Princeton University's Frank von Hippel, a leading nuclear security expert.

"The New Start treaty provides transparency for both countries," said Wormuth. "By capping the number of warheads, delivery vehicles and so on it caps the resources both countries can spend. I think both countries would benefit from an extension."

As US Ambassador Huntsman told reporters last week, the New Start treaty will be on the agenda in Helsinki since "we passed a very important milestone last February 5, where both the United States and Russia were to meet the internal goals of no more than 1,550 deployed strategic warheads. And both met that target, and both have done the accounting to meet that."

Both von Hippel and Wormuth think that agreeing to extend New Start could be a comparatively easy move for Putin and Trump.

"I think the New Start extension is a more plausible area where progress could be made than others because I think it is clearly in the interest of both countries," said Wormuth.

And while Putin has reportedly expressed interest in extending the treaty, Trump in the past has voiced his discontent with it — singling it out as a bad deal negotiated by the Obama administration.

Still, said von Hippel, that should not preclude making a deal that is clearly beneficial for the US, Russia and the rest of the world.