Germany's top court has ruled that people who bought a VW car after the Dieselgate scandal erupted in 2015 are not entitled to compensation. It's the latest in a string of key cases linked to the emissions controversy. 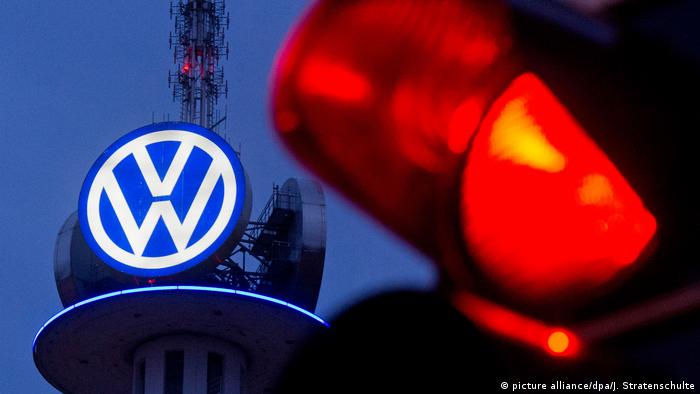 In a decision handed down on Thursday, Germany's Federal Court of Justice found that owners of Volkswagen vehicles fitted with emissions-cheating software cannot claim damages if they purchased their car after 2015.

In September of that year, the German carmaker was found to have manipulated millions of cars worldwide to enable them to pass emissions tests.

The Karlsruhe-based court heard that VW had issued a press release and a notice to its shareholders soon after the scandal broke. It also listed the impacted car models on its website. Given that these steps were taken, it could not be established that the company intentially deceived its customers after September 2015, presiding judge Stephan Seiters said.

The ruling means the plaintiff, who bought his car in August 2016, will not get compensation. The decision could have implications for some 10,000 other pending cases, according to VW.

Earlier in the day, judges ruled that claimants would receive lower compensation — or none at all — if their car had racked up a high mileage. According to the court, the plaintiff in that instance, who owned a VW Passat model with over 250,000 kilometers (158,000 miles), would go home empty-handed.

Judges also decided that Volkswagen would not have to pay tort interest on the purchase price of a car in cases where compensation is granted.

In a landmark decision on May 25, the high court concluded that the German carmaker had knowingly deceived customers and that those who had purchased manipulated VW vehicles were entitled to damages. The series of decisions handed down on Thursday aimed to clarify a number of issues left often in the May verdict.

The emissions-cheating scandal, dubbed Dieselgate, has dogged Volkswagen since 2015. In September of that year, the carmaker admitted to the US Environmental Protection Agency that it had installed software in 11 million vehicles worldwide that allowed it to cheat on emissions tests. Scientists had uncovered software installed in VW vehicles that could detect emissions test scenarios and change the vehicle's performance accordingly so that motors appeared to spew fewer harmful pollutants.

The scandal led to a crisis in confidence for the entire automobile industry after similar workarounds were later discovered at other companies. VW has been tied up in litigation ever since.

In April, the company agreed to pay up to €830 million ($950.7 million) in damages to 235,000 car owners in Germany to avoid a class-action suit. However, tens of thousands of customers didn't agree to the deal.

Meanwhile, VW on Thursday reported a pre-tax loss of €1.4 billion ($1.6 billion) in the first half of 2020 due to plunging sales during the coronavirus crisis. In the same period last year, profit before taxes stood at €9.6 billion.

Overall, the group — which includes Porsche, Audi and Skoda brands — sold 3.9 million vehicles between January and June, about 27% fewer cars compared to the first half of 2019. The biggest slump was recorded in April, when many countries were in lockdown to curb the spread of the virus.

VW finance chief Frank Witter said the company was nevertheless on track to end the year in "positive territory," with easing of restrictions around the world expected to spur sales.

Oliver Schmidt was sentenced to seven years in prison for his role in VW's emissions cheating scandal. Germany will now be responsible for enforcing the remainder of his sentence.