Opinion: A big defeat for Volkswagen | Business | Economy and finance news from a German perspective | DW | 25.05.2020 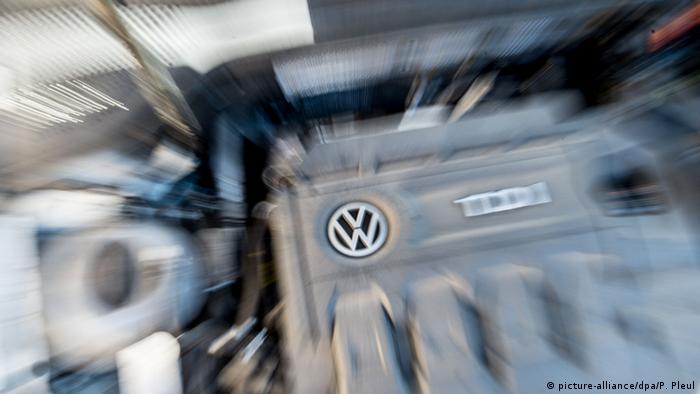 "The behavior ... is to be deemed unethical." This is what you call a real smack. And it didn't come from just anyone, it came from Germany's highest civil court in Karlsruhe. In addition, in the case of Volkswagen the court saw a "strategic company decision through fraudulent deception of the authorities."

Thanks to the judges, we now have an answer to the question the company never really wanted to answer: Yes, they cheated and deceived. They went against "good morals" and the Federal Court of Justice (BGH) certified the carmaker's "deliberate unethical damage" to its customers. Anyone doing this violates one of the most important principles of every business, namely that of good faith.

As an example of just how far from reality Volkswagen was, at the beginning of May when the court first heard the complaint of VW customer Herbert Gilbert, company lawyers thought that the whole thing could be completely dismissed. Their argument was that the plaintiff suffered no damage because he was able to drive the car without restrictions. They simply ignored that thing about the fraudulent emissions-cheating software.

The long wait for German customers

Volkswagen's reaction is now sheepish. All of a sudden, the manufacturer wants to compensate the remaining VW diesel customers suing the company (currently around 60,000) with a one-off payment. Did this change of heart really require the lengthy legal process that ended at the highest German court?

In the United States, where the diesel scandal started four and a half years ago, VW has shown that this process can go much faster. In view of the unknown outcome and huge penalties that the American legal system makes possible, the executives in Wolfsburg transferred over $20 billion (€18.36 billion) to US authorities and consumers with trembling hands and knees.

At home Volkswagen got off much cheaper, which was recently made clear by the compensation that the Federation of German Consumer Organisations (vzbv) negotiated with the group's lawyers in the class-action lawsuit for 240,000 aggrieved VW customers. In this instance, the car manufacturer only had to put €830 million on the table. Customers receive compensation of between €1,350 and €6,250 depending on the age and model of their vehicle.

Maybe those who joined the vzbv class-action lawsuit will be annoyed when they see that the plaintiff in Karlsruhe has been awarded €25,600 in damages, even though he must return his car.

Still no end in sight

Now of course executives in Wolfsburg are talking about the end of the diesel scandal, which shows that they still haven't quite understood what it's all about. In fact, the opposite is true.

Encouraged by this judgment, many more cheated VW customers are likely to take the legal path, knowing that they can do so without risk. Consumer lawyers expect that up to 15,000 customers who did not join the class-action lawsuit will now want to go to court themselves.

The legal wave is just beginning to build. Today's judgment will be felt everywhere, but not with the same force that VW saw. There are still dozens of similar cases at the Federal Court of Justice. Not to mention complaints against other car manufacturers such as Daimler.

The judges at the European Court of Justice will also have taken notice of today's judgement, since they have an ongoing case involving so-called shutdown devices in diesel vehicles. If the judges there conclude that the software isn't just meant to protect engines from the cold but is another type of cheating mechanism, it would be prohibited under EU law. Then millions of consumers could sue.

The dieselgate scandal for Volkswagen and others is far from over.