Oliver Schmidt was sentenced to seven years in prison for his role in VW's emissions cheating scandal. Germany will now be responsible for enforcing the remainder of his sentence. 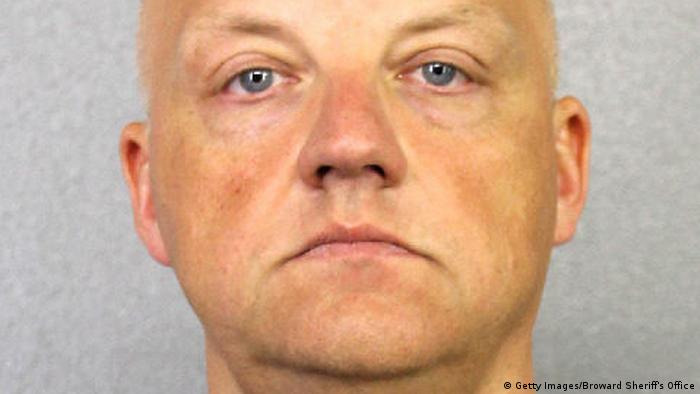 Oliver Schmidt, a former Volkswagen executive will be extradited to Germany, a US court ruled on Thursday.

He had already been sentenced to seven years in prison in the United States for his role in the carmaker's emissions cheating scandal.

The 51-year-old consented to his extradition to his home country, Germany, at a court in Detroit, which was approved by Judge Elizabeth Stafford on Thursday.

In 2017, Schmidt was been jailed and given a fine of $400,000 (€351,434). He made a deal with prosecutors after admitting to charges of conspiring to mislead US regulators and violate clean-air laws.

The FBI arrested him before his flight home from a holiday in Florida. His lawyers had been working to get him permission to serve the rest of his sentence in Germany.

Schmidt was not scheduled to be released from prison until 2022. Under the terms of his transfer, Germany will now be responsible for enforcing the remaining sentence.

Former Volkswagen engineer James Liang, who was among the first to be charged in the scandal, was also extradited to Germany. He was released from prison a short while after his return in 2019.

About six Volkswagen employees charged by US prosecutors in the scandal are still in Germany, including former chair Martin Winterkorn. He has also been charged with stock market manipulation in Germany.

Volkswagen admitted to using illegal software to cheat on US pollution tests, which allowed cars to emit up to 40 times more than the legally permitted emissions. The carmaker pleaded guilty to fraud, obstruction of justice and falsifying statements as part of a $4.3 billion settlement reached with the US Justice Department.

Germany's top civil court has ruled against Volkswagen in the first case brought by a car owner against the automaker for emissions test cheating. The ruling sets a precedent for thousands more cases. (25.05.2020)

A Volkswagen (VW) manager, currently jailed in connection with the German automaker's emissions scandal in the United States, has pleaded guilty in a Detroit courtroom, hoping for lesser punishment. (04.08.2017)