The HBO series about the 1986 Ukrainian nuclear disaster has spurred visits to the reactor — and inappropriate selfies. Kai Dambach reflects on his own Chernobyl tour and the disaster's legacy in the social media age. 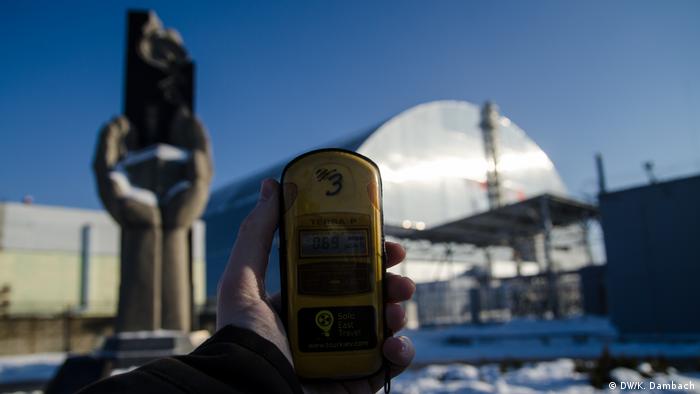 Soon after the critically acclaimed HBO and Sky miniseries Chernobyl ended, controversy erupted over Instagram selfies taken at the actual disaster site. It seems that clicking the heart, sharing and/or shaming has suddenly become more important than remembering the nuclear catastrophe that took place in Ukraine on April 26, 1986. This rings alarm bells for me, and not just generally because of social media-spurred overtourism, but because I myself actually visited Chernobyl not too long ago, before the hype, to explore the legacy of the disaster. 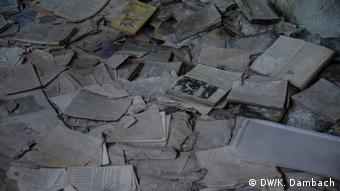 In Pripyat's school, thousands of textbooks that children used have covered the hallways for decades

Chernobyl, like other nuclear reactors, is not located in or near a major city. The closest town is neighboring Pripyat, built in 1970 in conjunction with the reactor. In the weeks following the explosion at the nuclear power plant, an estimated 116,000 people living in Pripyat and within a 30-kilometer (19 mile) radius of the site were evacuated. Two people were killed by the initial blast and 28 others, mostly plant workers and first responders, died in the ensuing weeks from burns and radiation exposure. Death toll estimates vary widely, with the World Health Organization putting disease-related deaths over the long term at at least 4,000. Millions more were affected.

To this day, only plant workers, government officials or approved tour groups can go within the 30-kilometer Exclusion Zone, the area where radioactive fallout was thought to be highest. These tours have been in operation since 2011, when authorities deemed it safe to visit.

When I heard last week about the controversy over the social media photos at Chernobyl, I decided to call Sergiy Ivanchuk, the founder of SoloEast Tours, a Chernobyl-approved tour group. He told me he was aware of photography at times on his company's tours. However, he said that most people who go on his tours respect the magnitude of what happened at the site — and he and his crew make certain that tourists keep that at the forefront of their minds.

Visiting the site of a nuclear tragedy

I can confirm his statement, having taken a day tour with SoloEast around two-and-a-half years ago on a cold January morning. While the HBO series had yet to start filming, Twitter, Instagram and the like were just as popular then as they are today, and posting curated and filtered shots of travel destinations was a common phenomenon. 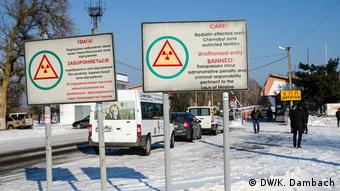 Getting into the 30 km exclusion zone is a challenge in itself: After heavy traffic, all visitors are subjected to extensive security checks

On my tour, the guides showed movies and documentaries as we drove the roughly 134 km (83 miles) from Kyiv to the Exclusion Zone, a drive of around two hours.

As we approached the Exclusion Zone, we had to get our passports out and go through airport-like security. Everything on our passports had to match exactly what we gave security. Rules were laid out: We were not to touch anything, not to move anything, and not to take anything with us when we got inside. The Geiger counter that accompanied us inside the Exclusion Zone reminded us why. At times it would shout and scream like a wild animal, warning us to get back.

Going through the workers' town of Pripyat, just a quick jog away from the plant, was like walking through a life-sized time capsule. The textbooks in the school were from the 1980s. The newspaper was dated just a few days before the disaster. The playground equipment, the Ferris wheel, the bumper cars, all popular pastimes in Pripyat, had been left to rot for the past three decades. Considering the temperature was just over minus 20 C (minus 4 F) for much of the day, it really felt frozen in time. 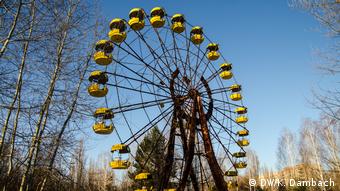 The Ferris wheel in Pripyat has laid dormant for decades

The TV miniseries gives the impression that at the time of the disaster, no one knew what to do about radiation. But today, the people surrounding Chernobyl definitely know what to do. In order to be allowed to leave, we had to pass through two radiation detectors, one at an inner checkpoint 10 km away from the reactor and one on the Exclusion Zone's outer border — and this, even though you nowadays generally receive more radiation on a trans-Atlantic flight than a day in Chernobyl. They wanted to make certain we didn't take anything with us. Chernobyl is still a difficult place to get to physically and legally, which keeps it relatively safe from the threat of overtourism. But the lure of social media shots taken in recognizable locations and affordable travel costs have left other locations used for TV and movie filming swamped by tourists. Dubrovnik, Croatia is one such example, thanks to Game of Thrones, Star Wars and the panned 2018 remake of Robin Hood. The same can be said for Maya beach in Thailand, where The Beach, starring Leonardo DiCaprio, took place. That beach, due to all of the damage that tourists have caused, will be closed until 2021 for repairs. 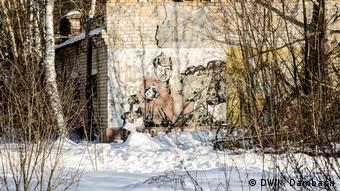 Soviet propaganda can still be found, such as the Soviet Uncle Sam

Various tourism agencies recently claimed that requests to visit Chernobyl jumped between 30%-40% after the premiere of the HBO and Sky co-produced miniseries, Reuters news agency reported.  Ivanchuk's SoloEast was one of the tours that registered this bump. But in our recent conversation, he said there had been no major increase in tourism to Chernobyl following the miniseries, yet he anticipated an uptick in the near future.

"In 2016 we had 7,500 (Chernobyl visitors) and last year, 2018, we had 11,450. I'm pretty sure the miniseries will add quite a bit on top of that. Of course people didn't rush into the Zone next day after the release, but I see steady growing interest and spike in the booking for the next few months," said Ivanchuk.

It seems the legacy of Chernobyl, the site of a historically significant catastrophe that claimed many victims and changed views on nuclear power, lives on beyond social media.

Nature is taking back habitat in Chernobyl