Television show maker Craig Mazin reminded visitors to the exclusion zone in Ukraine that "a terrible tragedy occured there." Tour operators have reported a huge spike in interest after the release of the miniseries. 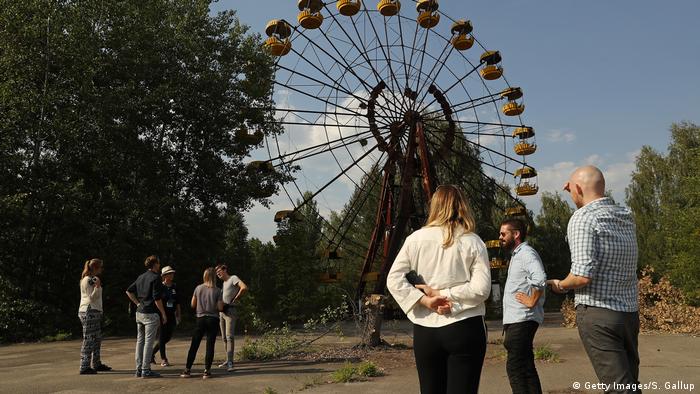 The writer and creator of the critically acclaimed TV miniseries "Chernobyl" on Wednesday asked tourists traveling to Pripyat, Ukraine, and its surroundings to treat it with the "respect for all who suffered and sacrificed" there.

Mazin was responding to a recent trend of posting highly stylized portraits in what is known as the Chernobyl Exclusion Zone, many of which have been decried as inappropriate, including one of a young woman in revealing lingerie.

"If you visit, please remember that a terrible tragedy occurred there," Mazin said.

Particularly popular amongst Instagram users are Pripyat's abandoned amusement park and the large pile of gas masks left behind by liquidators. 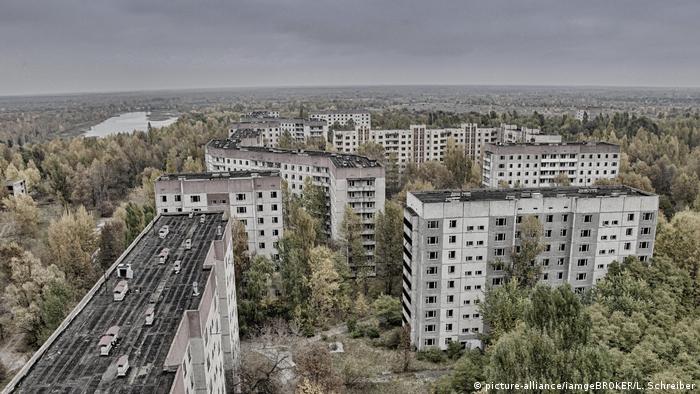 Nearly 50,000 people lived in Pripyat at the time of the disaster

Although no one is allowed to live in the 2,600 square kilometer (1,000 square mile) zone around the former Chernobyl Nuclear Power Plant, visiting the city of Chernobyl and the closer town of Pripyat is allowed under tightly controlled conditions with official guides.

Tourism agencies have said that requests to visit the site have jumped 40% since the HBO and Sky co-produced miniseries premiered, according to Reuters news agency.

The series has been noted by both critics and survivors of the incident for its accuracy and attention to detail.

On the night of April 26 1986, a combination of design flaws, human error, and the cover-up of important information by the Soviet power structure led to the plant's Reactor 4 experiencing a nuclear chain reaction that caused a steam explosion and then a core fire, among other issues. The massive plume of smoke from the disaster was carried long distances by the wind for at least nine days afterward.

Two people were killed by the initial blast, and up to 30, mostly plant workers and first responders, died in the ensuing weeks from burns and radiation exposure. How many died from Acute Radiation Sickness and radiation-related cancer is unknown, partly because Soviet cover-ups at the time have made it hard to document. Reports range from 4,000 to 200,000 victims.

Today, the area is of interest to scientists for the wild flora and fauna that have returned to the area in the absence of human civilization. A recent report suggested that there are now more animals in the exclusion zone than before the disaster, though the area is still so radioactive that it will not be fully inhabitable for 20,000 years.