The leaders of Ukraine and Belarus have toured the site of the 1986 Chernobyl nuclear accident, marking the 31st anniversary of the disaster. Debate continues over the death toll from radiation poisoning in the region. 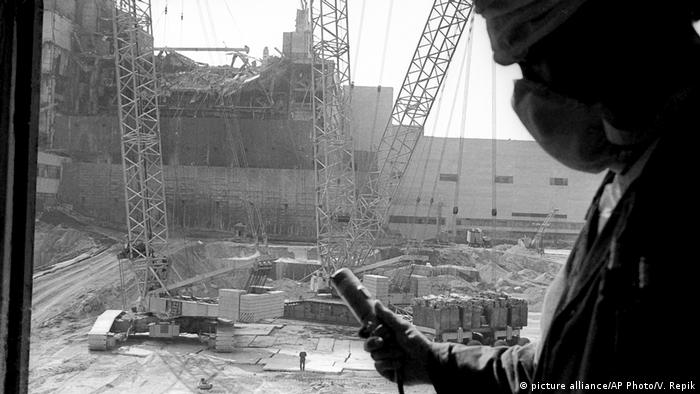 Speaking near the site of the disaster, Belarusian President Alexander Lukashenko said the Chernobyl reactor explosion in the former Soviet Ukraine had "more than anyone else" affected neighboring Belarus.

"Both Belarusians and Ukrainians know that the Chernobyl catastrophe knows no borders," said Lukashenko.

On April 26, 1986, the fourth reactor at the Chernobyl plant exploded after a safety test went horribly wrong. Winds spread radiation from Chernobyl's ruptured reactor across Belarus' southeastern regions, prompting major alerts in much of northern Europe, including western Russia.

Around 30 people were killed on site and several thousand more are feared to have died in the following years from radiation poisoning in Ukraine, Belarus and Russia. A 2005 United Nations report estimated that 4,000 people could eventually die from the invisible poison, but in a later report, environmental group Greenpeace claimed that 100,000 had already lost their lives.

Last year, a giant metal dome funded by more than 40 countries capped the remnants of the plant where 200 tons of uranium remain buried.

Still in place is a 30-kilometer exclusion zone, including the ghost town of Pripyat, whose 50,000 residents were among hundreds of thousands hastily evacuated.

Praise and thanks to 'liquidators'

On Wednesday, Ukraine's Prime Minister Volodymyr Groysman thanked the more than 600,000 "liquidators" dispatched to try to clean up the site, armed with relatively little protective gear by then-Soviet authorities. 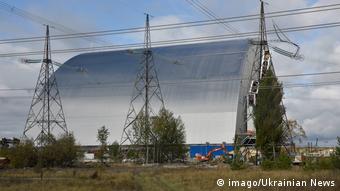 Those still alive now suffer from debilitating radiation illnesses, according to the German education and intercultural exchange foundation IBB based in Dortmund. It has links to Chernobyl disaster research centers in Kharkov, Ukraine and Minsk, Belarus and has planned a new web archive documenting the fates of the liquidators.

IBB has also promoted a new book authored by one of them, Oleg Veklenko, now an architecture professor in Kharkov. Ukraine's second-largest city is home to 25,000 Chernobyl disaster evacuees and workers, including 12,000 liquidators.

"In 1986 over seven months the liquidators built the first protective shell under indescribably atrocious conditions," he said.

Parallel to the Chernobyl remembrances, Japan's disaster construction minister Masahiro Imamura resigned Wednesday over his remark a day earlier that "it was good" that Fukushima and not Tokyo had been hit by the 2011 earthquake and tsunami, implying that the economic cost was less.

The disaster and the meltdown at the Fukushima nuclear plant devastated the largely rural region of Tohoku and claimed more than 18,500 lives.

"I caused great trouble to the people of Tohoku and hurt their feelings. I'm very sorry," said Imanura while bowing.

Six years after that disaster, businesses have struggled to recover and many evacuee families have given up hope of returning to their contaminated homes. More than 2000 people are still missing.

Documenting the aftermath of the nuclear disaster in Chernobyl 30 years ago has become Gerd Ludwig's life work. The German photographer has visited the site many times in the past 30 years. (25.04.2016)

Chernobyl 30 years on, a Soviet legacy

The survivors of Chernobyl continue to fight for recognition 30 years after the disaster. Filip Warwick spoke to locals and explored the Exclusion Zone on the anniversary of the explosion and fire at the Soviet plant. (25.04.2016)