Documenting the aftermath of the nuclear disaster in Chernobyl 30 years ago has become Gerd Ludwig's life work. The German photographer has visited the site many times in the past 30 years.

Gerd Ludwig, a German photographer and photojournalist, has been to the site of the April 26, 1986 nuclear disaster in Chernobyl numerous times to document the fallout, oftentimes working for "National Geographic" magazine.

According to the World Health Organization (WHO), 4,000 people perished in the nuclear accident, and another 4,000 died in the aftermath. Ludwig's photos have helped shaped our collective memory of the catastrophic nuclear accident.

DW: How did you come across the topic of Chernobyl?

Gerd Ludwig: That was by accident. I was working on a story about the environment in the Soviet Union at the time. I traveled in the Soviet Union for five months, and Chernobyl was part of the coverage. After I'd been there for the first time, I just couldn't shake the images of that post-apocalyptic world.

What were your first impressions of the site of the accident?

That was in 1993, seven years after the nuclear accident. I wasn't allowed access to the reactor; I was only allowed to move around in the vicinity. But the men in charge of the militia helped me. Unfortunately, they didn't know much about local damage. My assistants and I constantly ran around with our own Geiger counters and dosimeters.

How did you handle the danger?

You can't see radioactivity, you can't hear it, taste it or feel it, but the constant threat creates a certain tension in your mind. 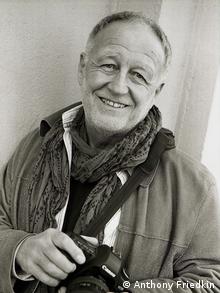 I was the only Western photographer to move so far into the reactor. Moving quickly ahead in a dark room, stumbling over torn pieces of metal, over debris and junk, knowing all the while that the threat of radioactivity lurked, almost qualified as a traumatic experience.

The workers had to stabilize some huge steel pylons there. So they had to drill holes into the contaminated ground, which meant that I and my camera were exposed to contaminated, radioactive dust, as well as the shower of sparks raised by the drilling.

Do you still think about the danger in such a situation, or is it just about taking a good picture?

You have to suppress the thought and concentrate on taking good pictures. But the pressure is on when you have just 15 minutes to take a picture that will have a lasting effect.

You photographed many of the victims, with many severely disabled children among them. What does a photographer think in a situation like that?

As a photographer, I have to give something of myself to those that I take pictures of, as I am taking something from these people. So I usually sit down, talk and play with these children before I start to photograph them. This allows me to gain access to these people. They trust me. And that's how pictures develop. It is also important as a photographer that first and foremost I try to empathize. I must not use my camera as a protective shield; I can only produce emotional, compassionate images when I allow myself to feel something as well.

How has Chernobyl changed over the years?

You can observe some major changes in the ghost town of Pripyat. Initially, everything looked as if people had just abandoned everything in that city, with a lot of personal effects staying behind. The interiors of the houses there told stories about the lives theses people led. 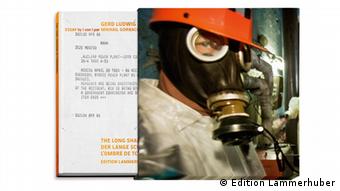 But in the course of all these years, thieves have managed to enter the area, taking everything they still could make some use of under the cover of darkness and selling these things on to unknowing people in markets around here. So now the interiors of houses in Pripyat are pretty empty. And there are tourists now.

A scientist working within the safety zone around Chernobyl once told me that they should erect a fence there with a sign reading, "Not suitable for human settlement for 24,000 years."

But you kept returning to the site of the accident. How did Chernobyl turn into this central theme of your work, or even your life?

There are two aspects of my work which come together in the issue of Chernobyl. On the one hand there's my focus on the former Soviet Union, and on the other there's the environmental angle.

Chernobyl is the greatest nuclear catastrophe in the world to date. I interpret my own work in Chernobyl as a wake-up call directed at this sense of hubris that human beings have. I don't believe that everything that is viable technologically necessarily makes sense when put into practice.

Earthquake, tsunami, nuclear meltdown: Fukushima was hit by a triple catastrophe in March 2011. Five years later, reverberations are still being felt in culture - in cinema, theater and literature. (10.03.2016)

'Nothing has changed' in Fukushima: German filmmaker Doris Dörrie

Doris Dörrie returned to Japan for her new film "Greetings from Fukushima," shooting just a few kilometers from the nuclear reactor. The German filmmaker tells DW about the location, losses and new beginnings. (10.03.2016)