US National Security Advisor John Bolton has stirred speculation after observers noticed "5,000 troops to Colombia" scrawled on his notepad. Accidental or not, it sends a signal to Venezuela's leadership. 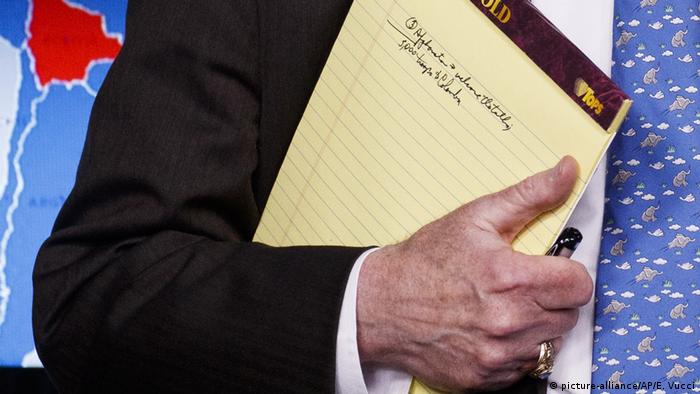 The United States appeared to issue a veiled military threat to Venezuela when National Security Advisor John Bolton was seen at a press briefing announcing sanctions on Venezuela's state-owned oil company while holding a yellow notepad carrying the line "5,000 troops to Colombia."

There was no mention at the press briefing on Monday of sending troops to Colombia. The Andean country shares a 1,370-mile (2,200-kilometer) border with Venezuela.

The White House has said "all options" are on the table to restore democracy to Venezuela and apply pressure on its ruler, President Nicolas Maduro.

It was not until after the briefing that observers noticed the writing on the notepad, on which was also scribbled, "Afghanistan — welcome the talks," a reference to reported progress in negotiations with the Taliban. 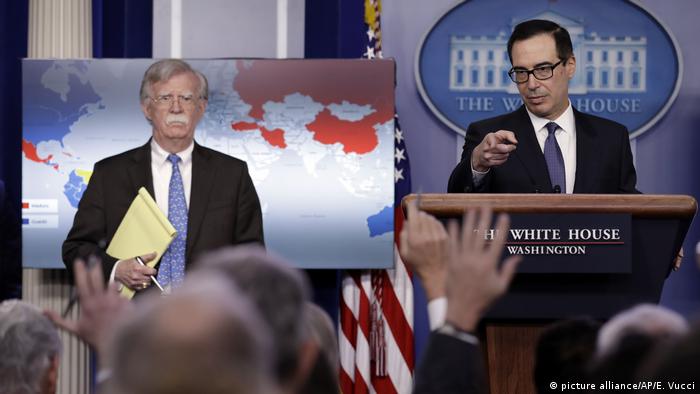 It's hard to imagine Bolton, a longtime diplomat, would unwittingly reveal his notes in front of White House press photographers

Colombia's foreign minister said late Monday he had no idea why Bolton, an ultra-security hawk who beat the war drums against Iraq and has advocated attacking Iran, had scribbled a note about a US troop deployment.

"Regarding the mention of Colombia in the notebook that Mr. John Bolton had in his hands, the scope and the reason for the annotation is unknown," Foreign Minister Carlos Holmes said in Bogota.

Colombia will "act politically and diplomatically" to promote an electoral process and restoration of democracy in Venezuela, Holmes said. 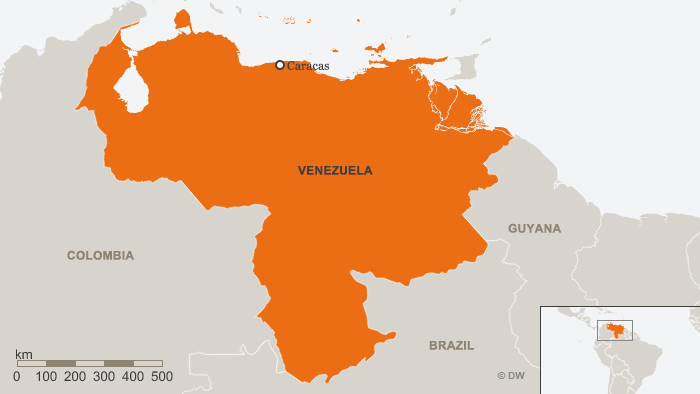 In the coming days General Mark Stammer, Commander of the US Southern Command, will visit the Colombian capital, El Tiempo newspaper reported.  According to Colombia's Ministry of Defense, it will be a normal meeting between the two countries to discuss the fight against drug trafficking, organized crime and regional security.

There are already several hundred US military personnel in Colombia as part of Plan/ Peace Colombia, a US-funded aid, security and anti-drug operation established in 2000.

Whether accidentally or not, Bolton's scribbling ratchets up pressure on Maduro and the military leadership that has so far continued to back him.

Maduro has branded US moves against him a "coup" and the two countries severed formal diplomatic relations last week, triggering tensions over the continued US Embassy presence.

The Maduro government had ordered all US diplomats to leave Venezuela, although it later partially backtracked to allow further talks.

US Secretary of State Mike Pompeo has ordered out most staff from the US Embassy in Caracas, but the diplomatic post remains in operation.

Bolton's notepad strategy may be to send a signal to Maduro's government that the US military would respond if its diplomats were forcibly evicted or there were clashes with Marines stationed at US diplomatic posts.

It may also be meant to signal to Maduro, and more importantly wavering officers in the mililtary, that the US would be prepared to intervene in the event of a bloody crackdown on the opposition.

Bolton used the press briefing to again call on security forces "to accept the peaceful, democratic and constitutional transfer of power."

On Tuesday, Russian Foreign Minister Sergei Lavrov was quoted as saying the US sanctions imposed on Venezuela's state oil company were illegal and amounted to an attempt to confiscate Venezuelan state assets. Russia would take all necessary steps to support Maduro's administration, he said.

President Nicolas Maduro and opposition leader Juan Guaido are competing for control of the military. Washington has warned that any violence or intimidation of American diplomats or Guaido would trigger a US response. (28.01.2019)