Negotiators reached an agreement "in principle" with the Taliban on issues that could end Afghanistan's 17-year war, a US envoy said. Despite the progress, major issues still remain, including securing a ceasefire. 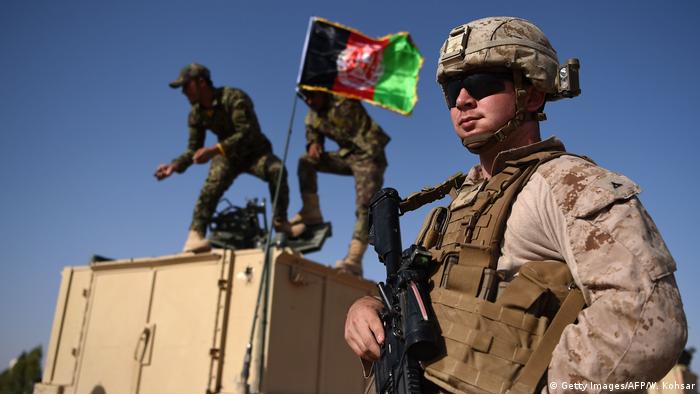 After several days of talks in Qatar, the US and the Taliban agreed to a possible "framework" that could serve as the base for a peace deal in Afghanistan, the US's top negotiator in the talks said on Monday.

"We have a draft of the framework that has to be fleshed out before it becomes an agreement," US envoy Zalmay Khalilzad told the New York Times.

The US envoy said that the framework could include a full withdrawal of foreign forces from Afghanistan if the Taliban guarantees that Afghan territory will not be used by terrorist groups.

In order for any troop pullout to go ahead, however, the Taliban must agree to a nationwide ceasefire and start direct negotiations with the government

of Afghan President Ashraf Ghani — something the insurgent group has staunchly opposed.

In a separate statement, Khalilzad added that "there is a lot more work to be done" before a peace deal is agreed, but said that the sides made "significant progress."

Read more: Opinion — Western intervention in Afghanistan is a failure

In a message to Afghans on Monday, President Ghani sought to assure them that their rights will not be compromised in any peace deal with the Taliban.

Despite severe winter weather, the Taliban have been carrying out frequent attacks against Afghan forces and currently hold sway over almost half of the country.

Acting US Defense Secretary Patrick Shanahan said that he was encouraged by progress in the talks, but that he hadn't yet been directed to prepare for a full troop withdrawal from Afghanistan.

The lack of a timeline for a troop withdrawal could stall further talks.

NATO combat troops left Afghanistan in 2014, but thousands remain in training and counter-terrorism roles — including German troops. Trump has said he wants to pull out half of the 14,000 US troops that are still in the country supporting Afghan forces, and end America's longest war.