'More than 100' killed in Taliban attack in central Afghanistan

Some 126 members of Afghan security services were killed in an attack on a military base in the center of the country, a senior official told Reuters. Earlier reports had put the death toll far lower. 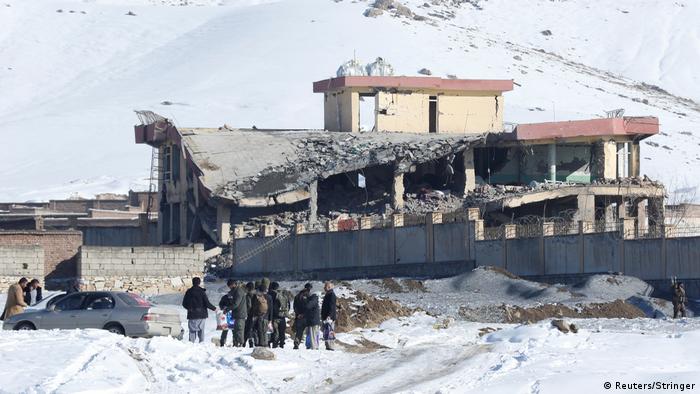 Initial reports on the attack put the death toll far lower, with reports of 15 dead and 25 wounded. Officials from the Interior Ministry in Kabul added that the total casualty figures were being temporarily withheld to prevent unrest among the Afghan armed forces. Even later on Monday, conflicting reports were still being given as to the number of deaths and injuries.

The attack occurred on Monday morning local time, when a suicide bomber with an explosives-laden vehicle and at least three other assailants stormed into the base and open fire, apparently targeting the National Directorate of Security (NDS) training facility inside.

The Taliban have been increasing their attacks on security forces and government installations in recent months after Afghan and US troops began targeting militant field commanders.

Despite this, a Taliban spokesman said on Monday that the militant group was planning to meet with U.S. special envoy to Afghanistan Zalmay Khalilzad in Qatar over the coming days, hoping to finalize a timeline and mechanism of the withdrawal of foreign troops from Afghanistan.

However, there are increasing fears that a US withdrawal would make Kabul vulnerable to attacks on the democratic strides it has made.

Fresh peace talks have taken place between representatives of the Afghan Taliban and Iranian officials. The Tehran meeting happened amid reports that the US plans to pull nearly 7,000 US troops from Afghanistan. (31.12.2018)