Fresh peace talks have taken place between representatives of the Afghan Taliban and Iranian officials. The Tehran meeting happened amid reports that the US plans to pull nearly 7,000 US troops from Afghanistan. 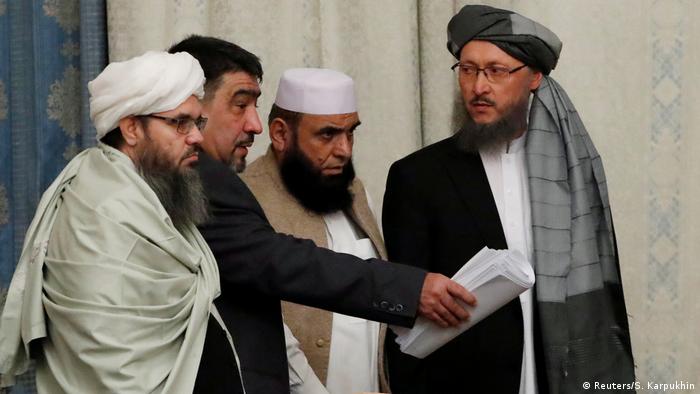 Iran's foreign ministry said on Monday that lengthy negotiations were held between a Taliban delegation and Iran's deputy foreign minister.

The talks, which were held in Tehran on Sunday, were designed to find solutions "to help facilitate negotiations between Afghan groups and the country's government for advancing peace talks in the country," ministry spokesman Bahram Qasemi said in a televised news conference.

"A Taliban delegation was in Tehran yesterday. They had comprehensive negotiations with the Iranian deputy foreign minister."

The Iranian announcement comes less than two weeks after reports emerged in US media that the Washington was planning to withdraw nearly 7,000 US troops — roughly half of the American military presence in the country — from Afghanistan.

A former top US commander in Afghanistan said on Sunday that withdrawing up to half the troops serving there would reduce the incentive for the Taliban to negotiate a peace deal.

However, the Taliban maintains that the presence of international forces is the main obstacle to peace after more than 17 years of war.

"The Taliban have repeatedly stressed that they would only make peace with the Afghan government once US troops leave the country," Wahid Muzhdah, a Kabul-based security analyst and a former Taliban official, told DW.

"Reports of the US troop reduction are probably meant to give some assurance to the Taliban – assurance that the US does not plan to stay in the country forever."

Read more: Is Trump handing over Afghanistan to Pakistan?

Sunday's meeting in Tehran was the second round of talks between the Taliban and Iranian leaders. A Tehran security official confirmed last week that such negotiations had taken place in the past and would continue.

The US and NATO formally concluded their combat mission in 2014, but American and allied troops remain, conducting strikes on the Islamic State group and the Taliban and working to train and build the Afghan military.