Germany worried at possible US withdrawal from Afghanistan | Germany | News and in-depth reporting from Berlin and beyond | DW | 28.12.2018

Germany could end its military mission in Afghanistan if the US pulls out its troops, a former Bundeswehr chief has said. German politicians say Donald Trump's policy of military retreat represents a "massive rupture." 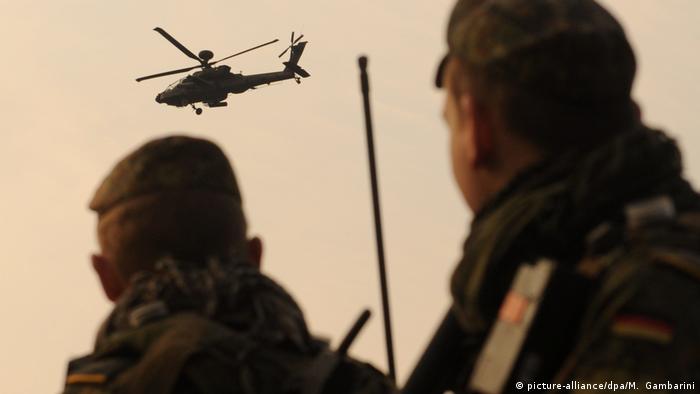 President Donald Trump's mooted decision to pull half the US troops out of Afghanistan could mean that the German military follows suit, according to a former head of the Bundeswehr.

"If the United States reduces itself to a small contingent in Afghanistan there's no reason for us to continue the mission anymore," retired General Harald Kujat, inspector general of the German military between 2000 and 2002, told the Tagesspiegel newspaper on Thursday.

He added that it was "out of the question" to maintain a military presence in Afghanistan if the protection and support of German troops could not be guaranteed, though he said he expected other NATO members, such as the UK, to increase their contribution to make up for any US withdrawal.

The US has not yet officially announced any troop withdrawals from Afghanistan, though the Wall Street Journal reported last week that Trump was considering cutting the US contingent of 14,000 soldiers by half.

The US provides the vast majority of the 16,000 military personnel taking part in NATO's Resolute Support mission in Afghanistan.

Niels Annen, minister of state in the German Foreign Ministry, agreed that a major withdrawal of US troops from Afghanistan would have "consequences," but added that it would be "careless" to speculate about the safety of German troops before the US had made any official announcement.

Annen also took the opportunity to complain about the Trump administration's unreliability as a partner. "Unfortunately until now we have received no reliable information from Washington," he told the Tagesspiegel. "We have noticed repeatedly that the Trump government does not particularly value close coordination with its allies. We're currently trying to reach clarity by speaking to our colleagues in Washington and Kabul." 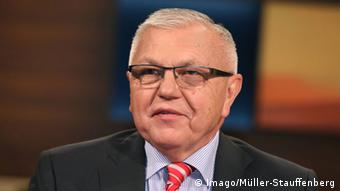 Germany has around 1,100 soldiers stationed in Afghanistan, most of them at a base near the northern city of Mazar-i-Sharif. The Bundeswehr's remit as part of the NATO mission Resolute Support covers training and advising Afghan security forces as well as reconnaissance and intelligence support for other NATO troops, especially the US.

Like all its other overseas missions, the Bundeswehr operation in Afghanistan must be approved by the parliament, with the current mission due to end in March 2019.

At a regular government press conference last week, German Defense Ministry spokesman Jens Flosdorff refused to speculate on the consequences for the Bundeswehr if the US withdraws, but said, "What is clear is only that the Afghan security forces will continue to need support, and especially now, when talks with the Taliban are underway, it is important that the coalition is reliable and shows steadfastness."

Not the world's cop anymore

The US move would come after Trump's decision to withdraw all 2,000 American soldiers from Syria, which prompted Defense Secretary Jim Mattis to resign. Mattis had also pushed for an increase in the number of US troops in Afghanistan.

Mattis' resignation, as well as Trump's suggestion in a pre-Christmas tweet that America should no longer be "the Policeman of the Middle East," has alarmed German politicians both inside and outside the government.

Norbert Röttgen, chairman of the German parliament's foreign policy committee, expressed his concern at the development on Thursday. The US was "irreplaceable" as power for maintaining world order, he told public broadcaster ARD.

By withdrawing from this role, the US would make the world "less safe, more unstable, and more egotistical," he added, before dismissing the term "world policeman" as outdated. "This is much more about world order, stability, balance, and diplomacy," Röttgen said.

That worry was shared by parts of the German opposition. "He might be following an American tradition, that of isolationism, but that basically failed, and a consensus in Washington also saw it as a failure," Alexander Graf Lambsdorff, deputy parliamentary leader of the pro-business Free Democratic Party (FDP), told the Deutschlandfunk radio station. "If you think how the US shaped the post-war order after World War II, and was also really the dominating power after the Cold War, then this policy of Donald Trump is really a massive rupture. How far that will go – and it's important I think to make this clear – is unclear."

Militants have killed at least 43 people in an hours-long assault on a government compound. No group has claimed responsibility for the brazen attack that involved a suicide bombing and a hostage situation. (24.12.2018)

President Donald Trump and his wife Melania have made a brief Christmas visit to a US military base in Iraq, his first such trip in office. He left without meeting Iraqi officials, making a return stopover in Germany. (26.12.2018)