Venezuela has been thrust into renewed crisis. DW looks at the key players and how the country reached breaking point. 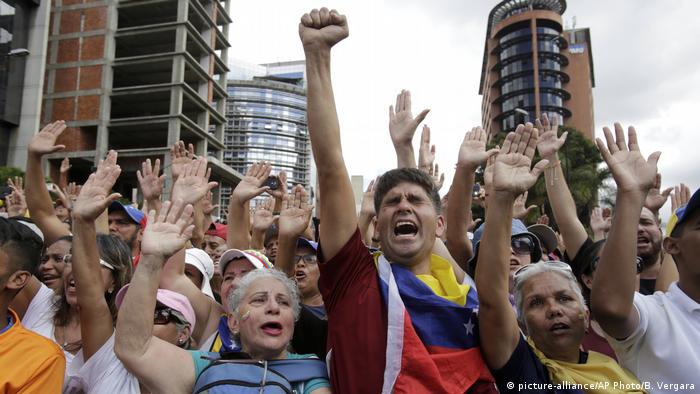 Venezuela has been plunged into an even deeper political crisis as an opposition leader backed by the United States and regional states declared himself acting president in a challenge to embattled President Nicolas Maduro.

Here is a look at the key players and institutions:

The socialist president has ruled Venezuela since narrowly winning disputed elections in 2013 following the death of his mentor, President Hugo Chavez. Maduro has since consolidated control over key state institutions, including the Supreme Court, the military and the country's main source of revenue, the state oil company PDVSA. Under his leadership Venezuela's economy has collapsed, plunging Venezuelans into deep poverty and forcing millions to flee the country. His regime has come under Western sanctions.

Maduro was sworn in for a second six-year term following controversial elections last May boycotted by the opposition and condemned by Western powers and most Latin American countries.

All eyes will be on whether Maduro will be able to avoid elite fracture to maintain control, particularly among the army. 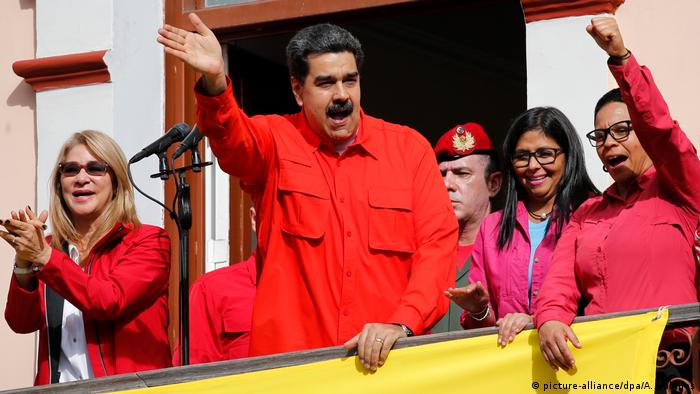 Maduro has demanded that US diplomats leave, while the opposition urged them to stay

Guaido is a founding member of Popular Will, a more activist and confrontational party within the now-defunct Democratic Unity Round Table (MUD), a motley umbrella group of more than a dozen parties that led the opposition for years.

The 35-year-old was relatively unknown until being sworn in as head of the National Assembly earlier in the month. His first act was to muster the body to condemn Maduro's rule as "illegitimate" and declare its intention to establish an interim government leading to elections aimed at restoring democracy.

Guaido advanced to the front of the divided opposition as its leading figures have been imprisoned, put under house arrest or fled into exile. Among those under house arrest are Popular Will leader Leopoldo Lopez, who is serving a sentence for allegedly inciting violence during anti-regime demonstrations in 2014.

Guaido's move, which was recognized by the United States and regional powers, appears to have caught Maduro off guard and isolated him further. It has also created the prospect of a parallel government and increased social unrest and violence in the oil-rich country devastated by economic collapse.

The National Assembly was neutered in 2017 by the Maduro loyalist Supreme Court and replaced by a pro-government Constituent Assembly tasked with rewriting the constitution. The opposition boycotted July 2017 elections for the Constituent Assembly, which it claimed illegally usurped the powers of the legislature.

The political crisis in 2017 unleashed street violence that left more than 100 people dead.

The leadership of the Venezuelan military has so far backed Maduro despite calls from the opposition for soldiers to take the side of the people.

There was a small-scale mutiny, which the government said it had foiled on Monday.

Guaido has promised an amnesty to soldiers who help to topple Maduro.

But Defense Minister Vladimir Padrino tweeted: "The soldiers of the fatherland do not accept a president who has been imposed in the shadow of obscure interests."

Maduro has worked hard to keep the military on his side, putting officers in charge of key posts in the government and state oil company.

Soldiers have reasons to be disgruntled, though. Even if soldiers are paid, their salaries don't go as far as they once did.

A small group of Venezuelan soldiers have apparently failed in their attempt to overthrow the regime. Observers say the uprising demonstrates how unstable Venezuela's political situation has become. (22.01.2019)

Up to now, Venezuelan President Nicolas Maduro has at least ruled as an elected leader. As he begins his second term, it seems the last vestiges of democracy in the country are gone, writes DW's Uta Thofern. (09.01.2019)