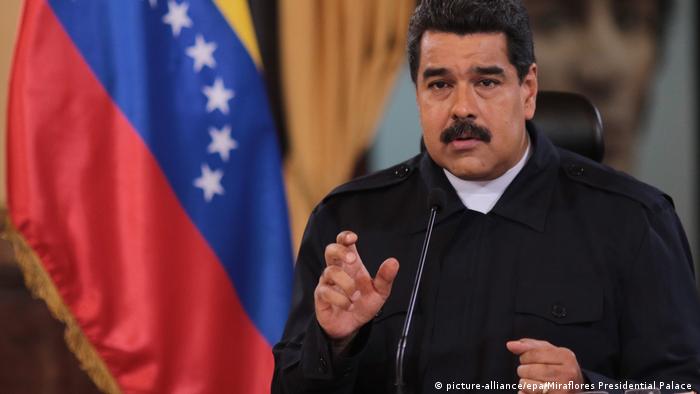 Juan Guaido, 35, assumed the presidency of the National Assembly stripped of power by Maduro, who is set to be inaugurated to a second six-year term next Thursday following controversial elections last May.

"We reaffirm the illegitimacy of Nicolas Maduro," Guaido told lawmakers and foreign diplomats in attendance to show solidarity with the embattled legislative body. "As of January 10, he will be usurping the presidency and consequently this National Assembly is the only legitimate representative of the people."

Guaido called the Socialist president a dictator who has plunged the oil-rich country into economic and social misery, adding that Venezuela was living through a "dark but transitional" period in its history. He told lawmakers that opposition politicians have been jailed, driven into exile or killed. 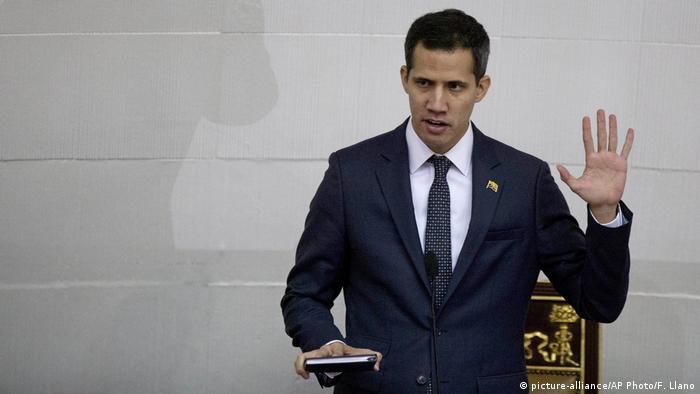 Juan Guaido assumed the presidency of the weakened National Assembly

The National Assembly was stripped of its powers in 2016 by the Supreme Court, which is dominated by Maduro loyalists, and replaced by a separate regime-created Constituent Assembly.

The May 20 elections called by the Constituent Assembly were boycotted by most of the main opposition groups and condemned by the international community.

On Friday, a dozen Latin American countries and Canada declared they would not recognize Maduro as president if he stays in office and called on him to hand power to the National Assembly. Maduro accused the so-called Lima group of encouraging a Washington-backed "coup d'etat."

In his speech, Guaido said the National Assembly would move to create a transitional body and prepare for free, democratic elections. He did not provide details of how this process would work, but called for the armed forces and civil society to play a role.

He also said the military chain of command had been "broken or usurped" and the armed forces should help "restore democracy."

The economic turmoil in Venezuela has led to an exodus from the country. Those who are able to do so travel to Europe. In Spain, Venezuelan asylum-seekers have come to outnumber applicants from everywhere else. (29.08.2018)

Venezuela's economy is in a downward spiral, and the country owes Russia billions. Caracas may seem like an unequal partner for Moscow at first glance, but an increasingly isolated Russia is keeping its friends close. (06.12.2018)

Russian President Putin has voiced strong support for his Venezuelan counterpart but made no mention of new loans. Beleaguered South American leader Nicolas Maduro is dependent upon Russia for his survival. (05.12.2018)