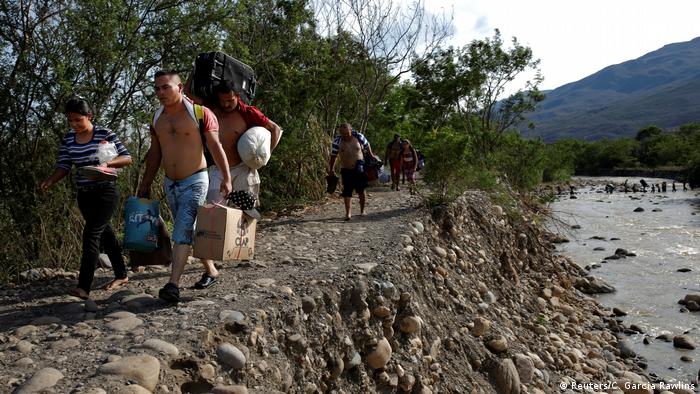 The number of migrants and refugees who have fled Venezuela has reached 3 million, the United Nations announced on Thursday.

According to figures collected by the UN refugee agency, UNHCR, and the UN migration agency, IOM, over 2.4 million Venezuelan migrants and refugees are being hosted by countries in Latin America and the Caribbean.

Data from national immigration authorities shows that Colombia welcomed the highest numbers of people — for a total of more than 1 million.

Other countries in the region, such as Peru, Ecuador and Argentina, are also hosting hundreds of thousands of migrants and refugees.

The rising number of people fleeing Venezuela is taking a toll on its neighboring countries, with increased needs both for the refugees and for the communities who host them.

The reception capacity of these countries "is severely strained," Stein said. The UN is calling on the international community to support a humanitarian response to the crisis.

Why so many are fleeing the country

Venezuela is facing a severe financial crisis, which worsened under the leadership of President Nicolas Maduro.

The country's oil-based economy has suffered from a drop in global oil prices and political and financial mismanagement.

The crisis has led to record levels of hyperinflation. With soaring prices of everyday items, food and medicine shortages have become common across the country.

According to data released this week by Venezuela's parliament, the annual inflation rate has almost doubled in the last year.

Brazil's Jair Bolsonaro: Venezuela should be kicked out of Mercosur

Brazil's president-elect has said Venezuela should no longer be a member of the South American trade bloc. Two months before he takes office, Jair Bolsonaro has outlined economic reforms including a pension overhaul. (06.11.2018)