Latin American governments have urged Venezuela's president, Nicolas Maduro, not to take the oath of office. The Lima bloc have said they will not recognize his new term because last year's election was "illegitimate." 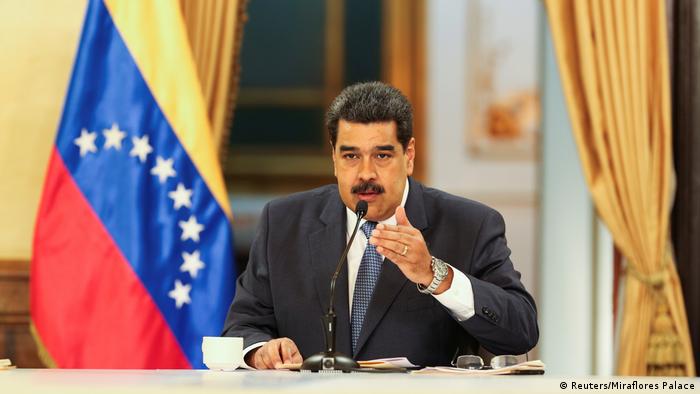 The Lima Group of Latin American countries on Friday urged Venezuelan President Nicolas Maduro to abstain from being sworn in for a second term he won in elections widely condemned as illegitimate, and cede power until new elections can be held.

The bloc said in a statement that they would not recognize Maduro's socialist government after a meeting in the Peruvian capital to discuss how to step up international pressure on the Maduro regime.

The meeting discussed Venezuela's crisis ahead of Maduro's plans to be sworn in on January 10. Mexico also partook but didn't sign the statement.

What did the Lima Group decide?

The declaration states that the following measures have been agreed by the governments of Argentina, Brazil, Canada, Chile, Colombia, Costa Rica, Guatemala, Guyana, Honduras, Panama, Paraguay, Peru and Saint Lucia:

'Void of legitimacy and credibility'

At least 16 Latin American nations, as well as the United States, warned Venezuela ahead of the May 2018 election that it would be seen as illegitimate by the region unless it restored democratic standards before the poll.

A joint declaration put out at the Summit of the Americas in Peru in April said the election would be "void of legitimacy and credibility" if it went ahead under the then-current conditions.

The opposition in Venezuela said that President Maduro prepared a rigged snap election to deliver him a new mandate and tighten his hold over his economically devastated country.

Maduro has presided over an financial crisis which has led to recession, hyperinflation and a collapsing economy, which have left the population with critical shortages of electricity, food and medicine, as well as a crumbling infrastructure.

Few issues have affected Latin America more this year than migration. But host countries are reaching their limits, despite a general willingness to take people in. (31.12.2018)