US, Turkey on collision course in Syria's Manbij

A town in northern Syria is at the center of a potentially explosive dispute between Turkey and the United States. The fate of the US-led coalition against the "Islamic State" and the future map of Syria are at stake. 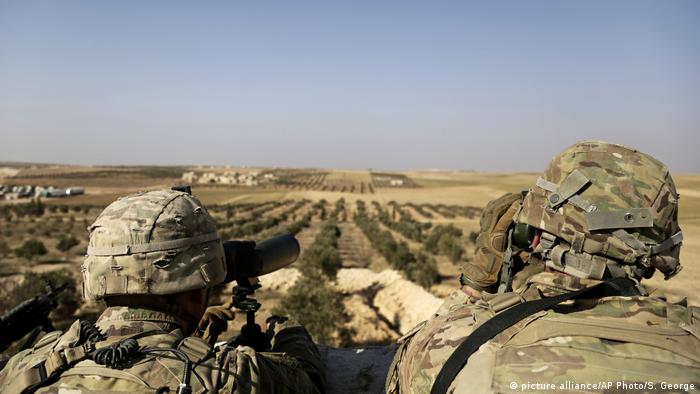 The United States and Turkey are on a collision course in northern Syria, threatening to ignite a dangerous new phase in the Syrian civil war, undermine the fight against the "Islamic State" (IS) and redraw the map of the Middle East.

The epicenter of this brewing conflict is Manbij, where the US-backed Syrian Democratic Forces (SDF) and Turkish-backed rebels face off across a combustible frontline.

Read more: What do the US, Russia, Turkey and Iran want in the Syria conflict?

The SDF, a mixed Arab and Kurdish force, captured Manbij from IS with US-led coalition support in August 2016, extending the boundaries of the de-facto autonomous Democratic Federation of Northern Syria, or Rojava, across the west bank of the Euphrates River.

Fearing the Kurdish YPG militia, the dominant force in the SDF, would expand the offensive to link up with Kurdish-controlled enclave of Afrin further to the west, the Turkish military and Syrian rebel allies intervened in Operation "Euphrates Shield" in August 2016.

Seven months later Turkey and its rebel allies had vanquished IS and carved out a zone of control in northern Syria. Operation Euphrates Shield set the stage for the Turkish military and its rebel allies to launch an offensive against the YPG in Afrin, which they captured this March after a two-month offensive.

Read more:  Turkey's military offensive against Kurdish-held Afrin: What you need to know 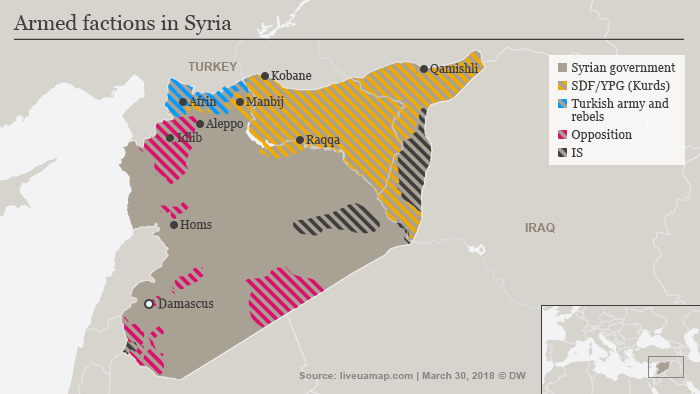 According to Cengiz Candar, a foreign policy adviser to former Turkish President Turgut Ozal in the early 1990s, Turkey's actions in Syria — including setting up governance structures — "looks like permanently establishing a Turkish presence in northern parts of Syria that will serve Ankara, hitting many birds with one stone."

"The Turkish objective goes beyond merely stopping the Kurds. It is to make Turkey a regional power or at least  a power broker; a formidable player, on the map of Syria and also, if possible, Iraq's, to give Turkey a stake in shaping up the future of the region," he said.

Turkish President Recep Tayyip Erdogan has long vowed to clear northern Syria of a "terror corridor." Turkey considers the YPG, and its political wing the PYD, to be a terrorist group tied to the Kurdistan Workers' Party (PKK), which has waged a three-decade-long insurgency in Turkey.

On March 28, the Turkish National Security Council issued a statement saying "Terrorists in Manbij need to leave the region immediately; otherwise Turkey will not hesitate to take its own initiative as it did in other regions. Turkey will maintain the same steadfastness against terrorist groups east of the Euphrates."

The threat comes as US and Turkish diplomats continue to try to ease tensions over northern Syria following meetings in February, with Turkey demanding the US pressure the SDF to withdraw from Manbij to the east of the Euphrates.

Unlike in Afrin, US and coalition allies have special forces in Manbij and east of the Euphrates to support the SDF against IS and deter any other armed groups — including NATO ally Turkey. 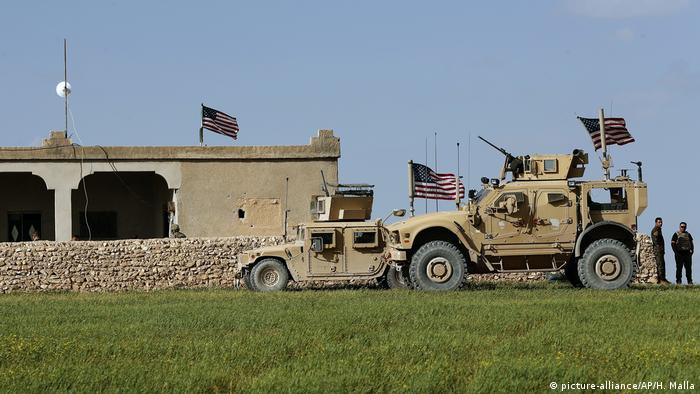 Manbij: The next frontier

The so-called "Manbij pocket" occupies strategic territory overlapping geo-military struggles in Syria's multi-sided conflict alongside tribal, ethnic and ideological factors pushing and pulling on the ground. Ethnically, the city is about 80 percent Arab.

The Manbij Military Council, a largely Arab body allied with the SDF, controls the area and is viewed as a successful integration of Arabs into the SDF, said Nicholas Heras, a Middle East Security fellow at the Center for a New American Security.

"The Manbij Military Council is probably one of the most successful examples of the SDF creating an Arab partner force within its structure," he said, noting that the US had prodded Syrian Kurds to include Arabs within the SDF as a condition for support.

The Manbij Military Council has been one of the key components of the SDF, fighting IS not only in Manbij but also in Raqqa and further east around Deir ez-Zor.

The US military has resisted making concessions to Turkey over Manbij out of concern it may unravel the carefully put together coalition of Kurds and Arabs fighting IS under a US umbrella.

After the US stood by as Turkey conquered Afrin, a hasty US withdrawal from Manbij would also be viewed betrayal by the SDF.

"Manbij for the US is more than just a territory on the map. For the US military it is the door that secures the Raqqa countryside and Raqqa is the showroom model for the US' post-IS stability building mission," said Heras.

Will US appease Erdogan?

Any US concession to Turkey on Manbij also raises the question of whether it would be enough to appease Erdogan.

"US policy makers believe Erdogan's appetite is bigger than just Manbij and they take him at his word. When Erdogan says Manbij, he means all the way to the border of Iraq," Heras said.

"The mood within the US military is to not withdraw from Manbij unless there is a very clear and on paper agreement with the Turks as to the limits of where Turkey will be able to operate east of the Euphrates — which is nowhere. Unless there is that kind of guarantee, the mood is not to back down in Manbij,"he said.

However, US policy is one of mixed signals, which may embolden Turkey and discourage the SDF, possibly tempting the Kurds to ally with the Assad regime against Turkey.

As the US military repeatedly commits to standing their ground, US President Donald Trump said in off the cuff remarks this week the US would leave Syria "very soon."

"We'll be coming out of Syria, like, very soon. Let the other people take care of it now. Very soon — very soon, we're coming out,"Trump said after noting IS has largely been defeated. The comments reportedly caught the State Department and Pentagon off guard.

Candar, now a Visiting Scholar at Stockholm University's Institute for Turkish Studies, noted that US indecisiveness "emboldens Erdogan to follow a reckless policy in Syria which might end up with unintended consequences for all the parties involved."

Asked what his advice to US policy makers would be, he said: "Anything that would not be interpreted as appeasement could be considered as a sober advice for the US policy makers in handling Turkey over northern Syria. However, I am also aware that sobriety is not a particular trait of the current American administration."