US President Donald Trump has told his aides he wants a quick withdrawal of American troops from Syria. A White House official confirmed a Wall Street Journal report that $200 million in recovery funds had been frozen. 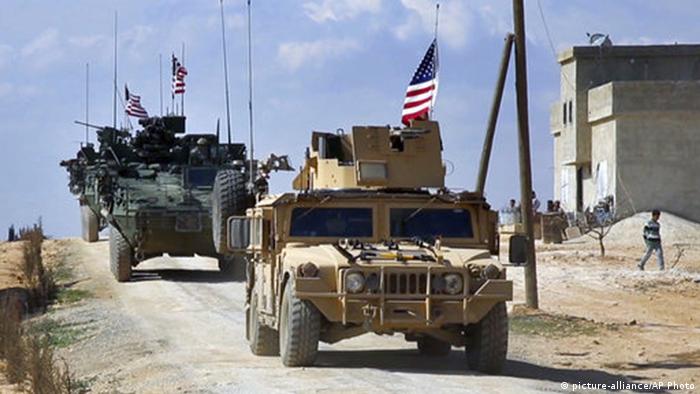 US President Donald Trump has ordered the suspension of over $200 million (€162 million) in funds earmarked for "recovery efforts" in Syria, The Wall Street Journal reported on Friday.

The paper quoted White House officials as saying that the billionaire called for the freeze after reading a news report noting that the US had recently committed additional funds to the war-ravaged country.

The suspension was later confirmed by a White House official to the Reuters news agency, citing a reassessment of Washington's role in the more than 7-year conflict.

A spokesperson for the White House's National Security Council said that "in line with the President's guidance, the Department of State continually re-evaluates appropriate assistance levels and how best they might be utilized, which they do on an ongoing basis."

The funds were to have been spent on infrastructure projects like power, water and roads.

Trump's desire to accelerate the withdrawal of American troops first became clear on Thursday, when he told supporters at a rally in Ohio that the US would be leaving Syria "very soon."

In reference to the 2,000 American troops stationed as part of a US-led coalition against the "Islamic State" (IS) armed group, he said: "Let the other people take care of it now." 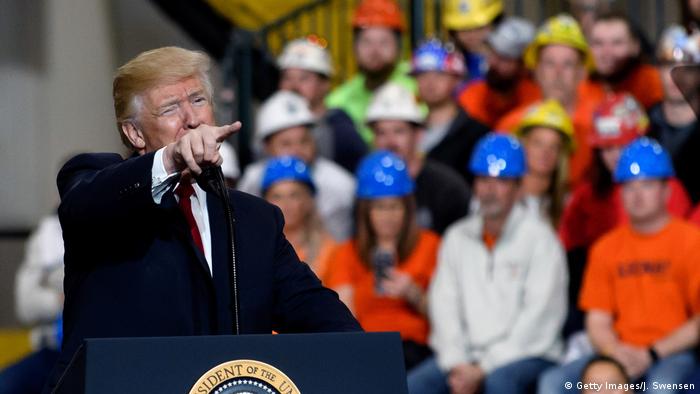 In reference to Syria, the US President told a rally in Ohio that "we are going to be coming out of there real soon."

Two administration officials, speaking to Reuters on condition of anonymity, said Trump's remarks reflected internal deliberations with advisers in which he questioned why US forces should remain while the extremist group is in retreat.

IS has been ejected from large swathes of Syria and Iraq it captured in 2014.

Agence France-Presse cited White House officials as saying that the billionaire had been wary of making a long or medium term US commitment to stabilizing eastern Syria.

Bringing forward the withdrawal would mean a reversal of Washington's latest Syria strategy announced just two months ago by then secretary of state Rex Tillerson, who has since been fired.

A graphic novel about the Syrian war

Tillerson warned that Syria would need several years to stabilize, citing concerns that the jihadist group could return.

Trump's recent comments appear to have caught the US State Department off guard. A spokesman said on Friday he was unaware of any plans to pull troops out of Syria.

State Department officials remain deeply concerned about Iran's influence inside Syria, and some think a US withdrawal would cede the country to Russia, which has long supported Syrian President Bashar Assad.

US mission creep in Syria: Is it legal?

The Trump administration wants US troops to stay in Syria for the foreseeable future to ensure the "Islamic State" doesn't regroup. But parallel goals raise legal questions about the US military presence in Syria. (29.01.2018)