A top US general has accused Moscow of playing "both arsonist and fireman" in the Syrian conflict. Hours after a ceasefire failed to gain traction, the US said Russia was still helping Damascus bombard Eastern Ghouta. 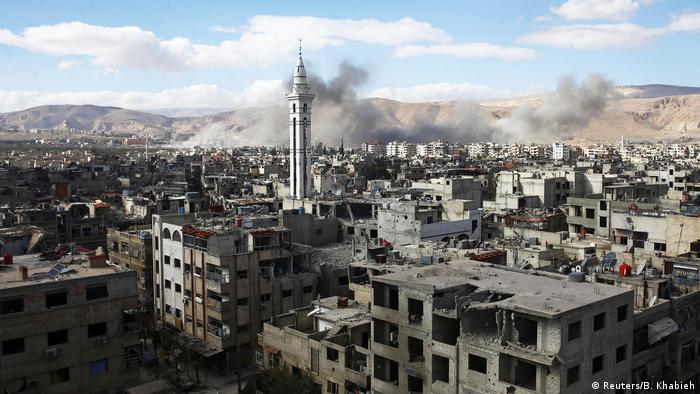 US Army General Joseph Votel on Tuesday told lawmakers that Russia is playing an "incredibly destabilizing" role in the Syrian conflict, hours after a Moscow-backed ceasefire failed to gain traction on the ground.

"I'm being very serious when I say they play the role of both arsonist and fireman — fueling tensions and then trying to resolve them in their favor," Votel said.

Read more: US mission creep in Syria: It is legal?

Votel, who heads the US military's Central Command, accused Moscow of "attempting to thwart the UN's role and limit the advance of American influence" in negotiating a political solution to conflicts in Syria and Afghanistan.

"Either Russia has to admit it is not capable or it does not want to play a role in ending the Syrian conflict."

The US State Department later on Tuesday accused Russia of continuing to help the Syrian regime's offensive after announcing the ceasefire.

Earlier on Tuesday, a Russia-announced ceasefire in Eastern Ghouta aimed at establishing a "humanitarian corridor" failed to save lives. Regime bombardment killed at least six civilians, according to independent war monitors.

The Red Crescent, a humanitarian relief organization operating in Syria, said it was unable to transport the sick or injured during the ceasefire.

"Under international humanitarian law, humanitarian corridors are things which need to be well planned and must be implemented with the consent of parties on all sides, not only with one side," Iolanda Jaquemet, spokeswoman for the International Committee of the Red Cross, told AFP news agency. 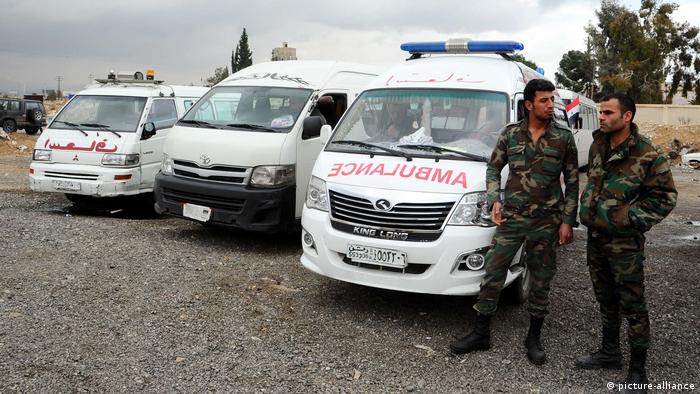 At one of the designated areas, the Red Crescent waited to transport the sick and injured during a Russia-backed ceasefire which failed to materialize

More than 570 civilians were killed in Eastern Ghouta last week, marking one of the conflict's bloodiest moments since the war erupted in 2011. Russian warplanes formed an integral part of the offensive, according to independent monitors, rights groups and the US.

Eastern Ghouta, which lies on the outskirts of Damascus, is considered one of the last rebel strongholds in the country. Observers believe the latest offensive is an attempt by the regime to consolidate territory before peace talks gain traction.

More than 300,000 people have been killed and millions more displaced since the conflict emerged seven years ago in the wake of a deadly government crackdown. The war has since evolved into a multifaceted conflict that has drawn in global superpowers, neighboring states and non-state actors.