In a last-ditch push for peace in Syria, UN officials are hosting peace talks between the Damascus regime and the opposition. The Vienna talks are scheduled just days ahead of Russia's rival peace summit. 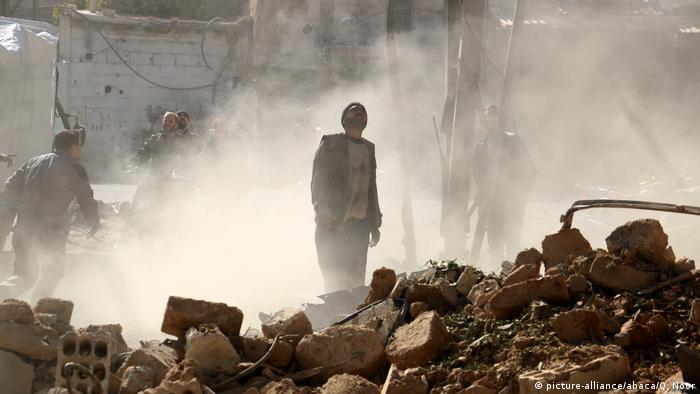 Syria's warring parties are meeting for a two-day UN-sponsored peace summit in Vienna following a series of initiatives that have so far failed to end the seven-year civil war.

"Today, there is no political perspective that presents itself, other than — and it's the last hope — the meeting that will be held in Vienna ... where we hope a peace agenda will be mapped out," French Foreign Minister Jean-Yves Le Drian told lawmakers in Paris. 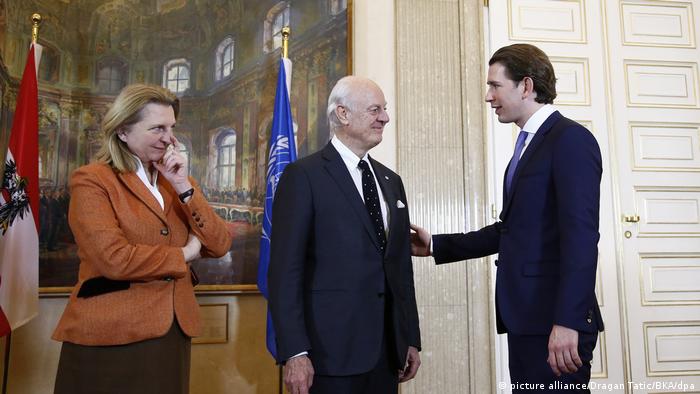 Both the Syrian government and the opposition alliance have agreed to send full delegations to Vienna, UN Special Envoy for Syria Staffan de Mistura told reporters.

"By definition I am optimistic. ... It's a very critical moment. Very, very critical," he said, adding that the agenda would focus on revamping Syria's constitution.

Observers believe that this would allow UN representatives to sidestep the far more contentious issue of Syrian President Bashar al-Assad and his political future.

Assad has consistently rejected calls to step down in the past. Now, the regime seems likely to end the war militarily with the help of Russia's air power and Iran-backed militias, raising doubts about Assad's willingness to make any concessions.

Read more: Syria talks to start with or without Assad officials 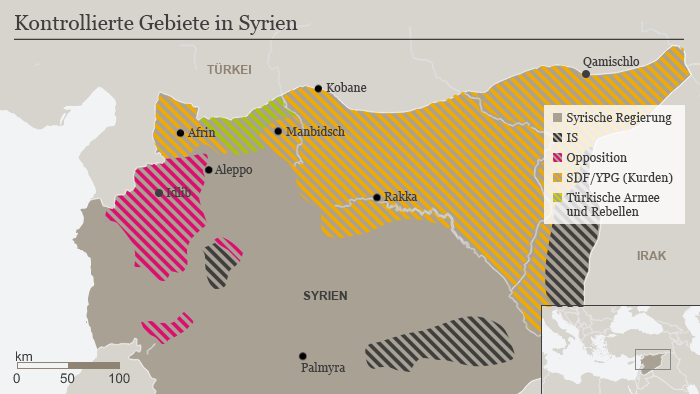 As the two sides meet in Vienna, Russia is preparing to host a separate peace summit in the southern city of Sochi early next week.

Western and some Arab states have charged that Russia's peace bid undermines the UN-sponsored process.

"The United Nations has to be put back in the middle of the game. There is no question of letting the [UN-backed] process be hijacked, diverted or bypassed," a French diplomatic source said. 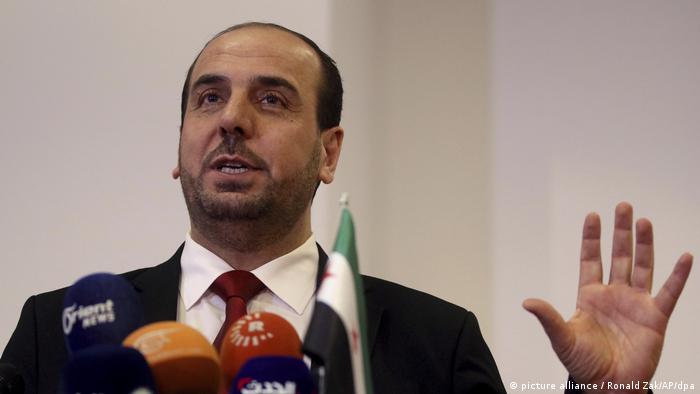 Nasr al-Hariri is the cheif negotiator for the Syrian opposition

Syrian opposition representatives said they were not yet sure whether they would attend the Sochi conference. The regime opponents still don't have enough information about the bid, said its chief negotiator Naser al-Hariri, commenting on the rumors that top regime representatives would be absent.

The US president has told his Turkish counterpart Recep Tayyip Erdogan to rein in the offensive on Syria's Kurdish enclave of Afrin, the White House says. Concerns the NATO allies may be brought into conflict are rising. (25.01.2018)

Russia, Iran and Turkey have announced that a fourth track of peace talks will open in Sochi in January 2018. Both the UN and the Syrian opposition have acknowledged the new peace push without embracing it. (22.12.2017)

Left with no other options, Syrians in Europe have taken local chemical companies, overseas banks and technology firms to court, as well as senior Syrian officials and members of terror groups.