Russia, Iran and Turkey have announced that a fourth track of peace talks will open in Sochi in January 2018. Both the UN and the Syrian opposition have acknowledged the new peace push without embracing it. 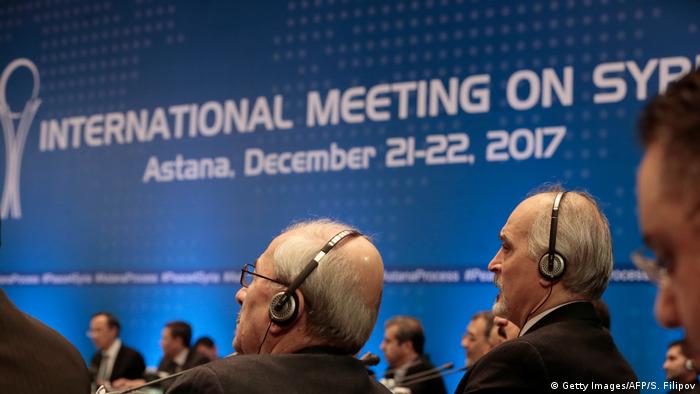 After two days of talks in Astana, Russia, Iran and Turkey announced on Friday that they would meet for a "national dialogue congress" next month in the Russian seaside resort of Sochi, to try to find a political solution to the ongoing conflict in Syria.

The three countries released a joint statement at the end of the International Meeting on Syria that took place from December 21-22 in the Kazakh capital.

In it, they said that the Sochi congress, scheduled for January 29-30, would include "the participation of all segments of the Syrian society." The trio also called on representatives from the Syrian government and the anti-government opposition to "actively cooperate."

The statement added that Russia, Iran and Turkey would hold a meeting on January 19-20 to prepare for the Sochi congress.

Russia and Iran both back Syrian President Bashar al-Assad, whereas Turkey advocates for Assad's removal and supports the non-Kurdish Syrian opposition groups.

The three countries are guarantors of a fragile year-old ceasefire in Syria. Their most recent meeting was the 8th round of a series of talks in Astana aimed at finding a lasting solution to end the violence.

The Sochi congress would be the fourth forum for Syrian peace talks: in addition to the Astana talks, the UN has been leading talks in Geneva, and Russia on occasion has opened dialogue with Egypt. 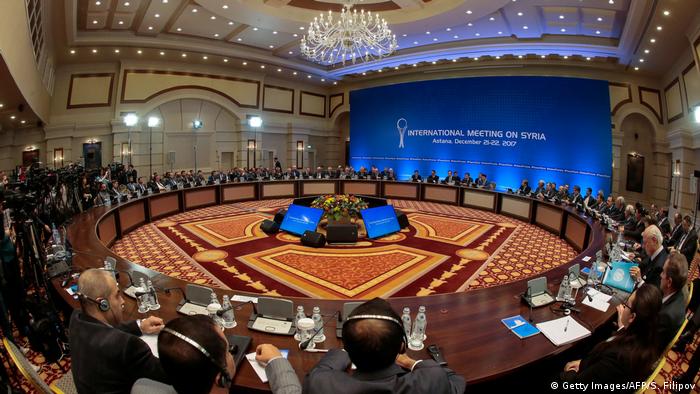 In response to the announcement, UN Special Envoy for Syria Staffan de Mistura, who had attended the Astana meeting, said that the Sochi congress "should be assessed by its ability to contribute to and support the mandated political process under the United Nations in Geneva and the full implementation of resolution 2254." 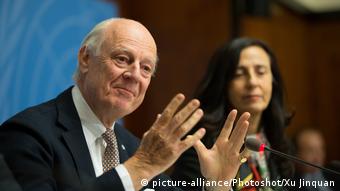 Mistura has been leading the UN-led peace negotiations in Geneva

De Mistura's statement also reaffirmed his "intention to convene a ninth round of intra-Syria talks under the auspices of the United Nations in January," which he had announced mid-December.

The Sochi announcement reaffirmed the trio's support for a political solution "in accordance with … resolution 2254" and said the upcoming congress was aimed at aiding the UN-led negotiation process.

Resolution 2254, adopted in December 2015, says that "the only sustainable solution to the current crisis in Syria is through an inclusive and Syrian-led political process," and calls for such a process to be implemented. Its target time-frame for this, six months, was never met.

Neither the UN peace talks nor the parallel dialogue between Russia, Iran and Turkey have been successful in ending the seven-year conflict that has claimed around 400,000 lives.

Who will be in Sochi?

In Astana, the senior representative from the Syrian opposition, Ahmad Toma, said that he would consult with other opposition and rebel leaders before deciding whether or not to attend the January 2018 conference in Sochi.

"We don't want to take a quick decision," he said.

Members of the opposition have worried that parallel talks could undermine the UN-led peace initiative.

An earlier attempt in November to launch a national dialogue in Sochi fell through amid questions over participating members. Turkey does not want members of the Kurdish YPG, part of the Syrian opposition militia, to participate in the talks as it considers it a terrorist organization. Russia, however, has cooperated with the YPG in the past and insisted that Turkey's concerns should not block the Sochi initiative.

The participants at Sochi have yet to be confirmed.

The statement from Russia, Iran and Turkey announcing Sochi also expressed their commitment to eliminate Islamist militants in Syria, reduce violence, and address the issues of prisoner exchanges and land mines.