The US president has told his Turkish counterpart, Recep Tayyip Erdogan, to rein in attacks on Syria's Kurdish enclave of Afrin, the White House says. Concerns that the NATO allies may come into conflict are rising. 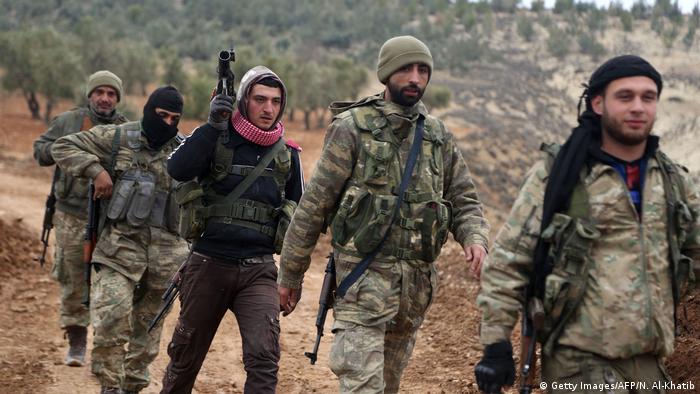 Turkish President Recep Tayyip Erdogan has again been urged to "de-escalate" his military assault on Afrin, a Kurdish enclave in northern Syria.

Following similar calls from other world leaders, US President Donald Trump spoke by phone to his counterpart on Wednesday and called on Turkey's government to "limit its military action and avoid civilian casualties," according to a White House statement.

Trump also warned Erdogan about "the destructive and false" anti-American rhetoric he said was emanating from Turkey as the NATO allies find themselves at odds over territory close to Turkey's border that is controlled by the Kurdish People's Protection Units (YPG) in Syria.

Washington relies on the YPG, the major force within the alliance of Syrian Democratic Forces, to fight the "Islamic State" (IS) militant group in Syria.

Erdogan meanwhile accuses the YPG of being allied with a three-decade Kurdish insurgency in southern Turkey. 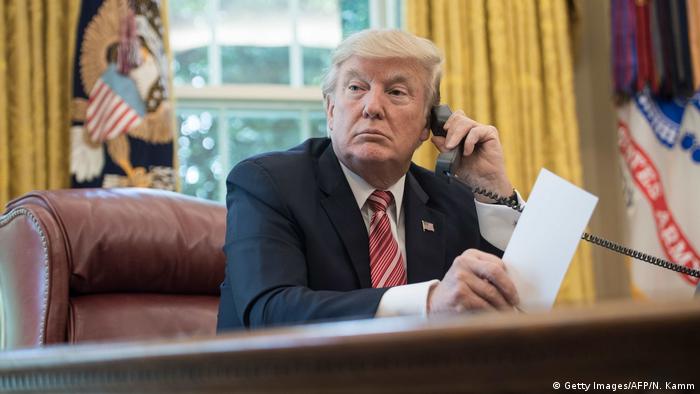 Until Trump spoke to Erdogan on Wednesday evening, Washington's response to the Afrin operation had been muted

Together with aligned Syrian rebel fighters, Turkey began an air and ground operation in the Afrin district on Saturday to root out what Ankara calls Kurdish "terrorists" who are threatening security in the country.

The offensive has opened a new front in Syria's multisided seven-year war and complicated US efforts in Syria.

Amid rising tensions, Trump urged Turkey to "exercise caution and to avoid any actions that might risk conflict between Turkish and American forces."

Erdogan urged Trump to halt Washington’s weapons support to the Kurdish militia, according to the White House.

In separate comments, Turkey's president vowed to extend the military operation to Manbij, a separate Kurdish-held enclave about 100 kilometers (60 miles) east of Afrin, where some US forces are positioned alongside the SDF.

Kurdish leaders meanwhile have demanded that Washington rein in Turkey, and vowed to resist its cross-border operation.

Shervan Derwish, a spokesman for the Manbij Military Council, said his forces are on "full alert" in case Turkey moves on the city.

"We are in constant contact with coalition forces, who are conducting patrols on the front lines and aerial patrols — their troops are still in Manbij," Derwish told the German news agency dpa by phone.

The Britain-based Syrian Observatory for Human Rights (SOHR) said in its latest death toll report that some 125 people were killed over the last five days in the Afrin region, among them Turkish-backed Syrian rebels.

The Associated Press reported on Wednesday that the advancing Turkish troops are facing stiff resistance in Afrin, while the SOHR reported Turkish airstrikes had been witnessed in nearly 20 villages.

On Wednesday evening, rockets fired from Syria killed two people and wounded 11 more in the Turkish border province of Kilis.