Syria transition talks in Geneva to get underway with or without Assad officials | News | DW | 27.11.2017

The eighth round of UN-sponsored talks on Syria since 2012 is set to get underway in Geneva, though the Assad regime has not yet named a delegation. Talks hosted by Russia have led to hopes there may be a breakthrough. 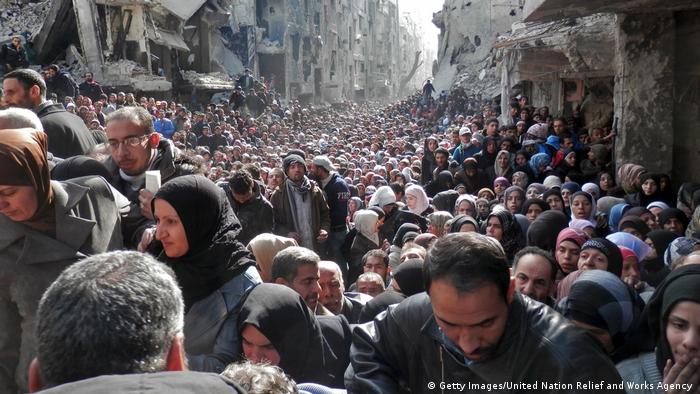 The United Nations special envoy for Syria, Staffan de Mistura, said he would "not accept any preconditions by any party" for the talks set to start in Geneva on Tuesday. He said the talks would be guided by a 2015 Security Council resolution mandating a political transition for Syria.

By Monday evening, the eve of the talks, the Syrian government had not officially named its delegation. The pro-government newspaper Al-Watan claimed there was a "hidden condition" for the talks from the Syrian opposition that President Bashar al-Assad step down at the start of any transitional period. The newspaper said the Damascus government would delay its arrival in Geneva.

De Mistura said he expected the Syrian government's participation "particularly in light of President Assad's commitment to [Russian] President [Vladimir] Putin when they met in Sochi." The envoy told the Security Council via videoconference on Monday: "Last night, we received a message that the government would not travel to Geneva today," but he added: "Naturally we hope and indeed expect that the government will be on its way shortly." 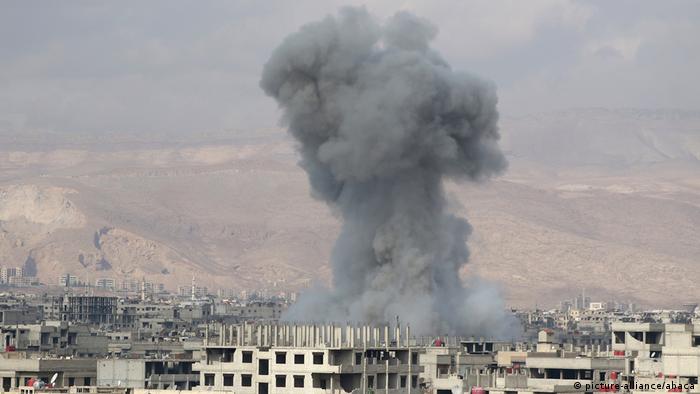 Airstrikes over Arbin in Eastern Ghouta, east of Damascus in November

Russia remains a key sponsor of the Damascus government and President Vladimir Putin held a series of meetings with relevant parties in Sochi last week. De Mistura was reported to have met with Russian Foreign Minister Sergey Lavrov, who said Moscow was working with Riyadh to unify the Syrian opposition, on Friday.

Meetings between Syrian opposition groups and de Mistura's team of negotiators are to begin on Tuesday and will focus on getting to an "inclusive process" to draft and ratify a new constitution, De Mistura said.

The opposition High Negotiations Committee (HNC) appointed a new chief negotiator in Nasr Hariri during its meetings held in Saudi Arabia last week. He replaces the hardline Riyad Hijab who had led the HNC at previous talks in Geneva, but abruptly resigned last week amid reports that his committee had come under pressure to make concessions favoring the Syrian president.

In Syria itself, opposition activists accused Russia of carrying out an airstrike in the east of the country on Sunday which killed 25 civilians in a village held by the so-called "Islamic State" (IS) group. DeirEzzor 24 activists said Sunday's strike was on the village of Shaafa.