The search for dead Russian mercenaries in Syria | Europe | News and current affairs from around the continent | DW | 21.02.2018

The search for dead Russian mercenaries in Syria

For two weeks now, families of the Russian mercenaries killed in Syria have been waiting for their loved ones' remains to be brought back to Russia. Where are the bodies and why are relatives keeping quiet? 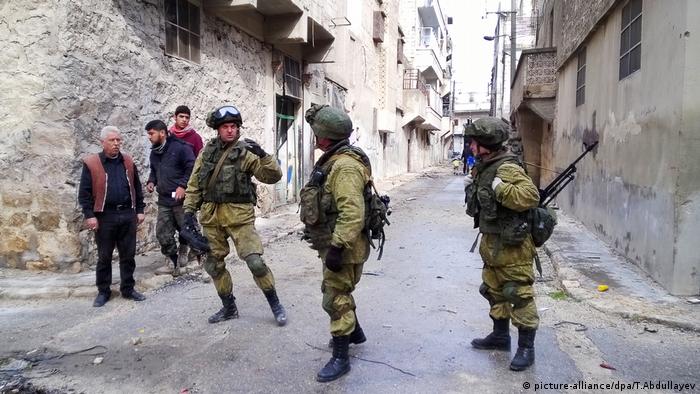 It is unclear how many mercenaries from the Russian paramilitary organization, Wagner Group, were killed on February 7 in Deir al-Zour, Syria, in an attack led by the international anti-IS coalition. According to the Russian newspaper Vedomosti, 50 mercenaries were killed and around 70 injured. The names of at least nine of the dead are known. The Russian Foreign Office initially confirmed there had been five deaths. Later, a statement said that "several dozen" from Russia and CIS states — a group of former Soviet states — had been wounded and killed. They were allegedly in Syria "voluntarily and with different intentions." The anti-IS coalition claimed that it had attacked President Bashar al-Assad's troops in self-defense.

From Donbass to Syria

Many of the Wagner Group's mercenaries had already been deployed in the eastern Ukrainian Donbass region. Vladimir Yefimov, head of a foundation for veterans of special forces in the Russian city of Sverdlovsk, says that mercenaries are often former officers, officer cadets and army sergeants. Some of them were signed on by the Ministry of Defense and sent to Syria as military staff. "Anyone who was not accepted because of age or disability went to the private army," explains Yefimov, adding that the motive was not money but rather a desire for adventure.

Ruslan Tarnavskyi agrees. He was friends with 45-year-old Igor Kosoturov from the city of Asbest in Sverdlovsk Oblast, who died in Syria. He had previously fought with him in Donbass. Tarnavskyi says that Kozoturov went to Syria out of patriotic conviction. "A private army is obviously not a government force, but everyone thought they were working with the Russian army. The money was a welcome bonus for the risk, but the boys didn't go there because for that," says Tarnavskyi. He says that if the Syrian operation were not a pro-Russian campaign, 99 percent of the men would not take part in it. 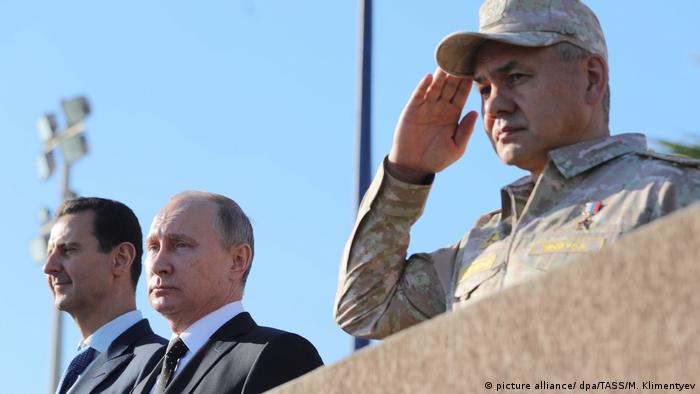 At least 30 men of the Wagner group came from the Sverdlovsk region. The activist Vladimir Yefimov personally knew 20 of them. The mercenaries left his phone number with their wives in case they didn't get back from Syria. They told their wives little because they had to sign a non-disclosure agreement.

In 2017, a large group of men drove to a training camp for one month, recounts Yefimov. There, the men had to fill out questionnaires and undergo psychological tests. Then they went to Syria for half a year. Everyone survived, but some men were wounded. They all returned as "rich men." Yefimov adds, "Some paid off debts; others paid whatever else they had to." The mercenaries were supposed to stay at home until mid-February. But they already left for Syria again on January 28. "I was at least getting text messages from them until February 8. Then I lost contact. Now their wives call me crying," says the head of the veteran foundation. Only one of the 30 men is in touch with the activist. He was wounded and is now in the military hospital in Rostov-on-Don in southern Russia. "His phone had been taken away, but he found another one and called his wife," says Yefimov.

Families are entitled to compensation

The mercenaries' family members are at a loss. They cannot turn to the ministry of defense because mercenaries are not officially part of the military and working as such is prohibited. For the same reason, human rights organizations that help soldiers have sent family members away, or only offer psychological support at most.

Moreover, the families of dead or wounded mercenaries are usually poor and tend to keep quiet. They are afraid of losing the compensation they are entitled to from the private army. "Five million rubles are paid for a dead man," says Natalya Zhukova from the Committee of Soldiers' Mothers, in Nizhny Novgorod. The mother of a 30-year-old mercenary killed in Syria mentioned a sum of about 70,000 euros to Zhukova. In that case, the woman was also able to claim her son's body in Rostov and bury him. She also received compensation from the private army. Nevertheless, she appealed to the "soldiers' mothers" organization to help her find out how her son died. "But we couldn't find anyone who could help us," laments Zhukova.

Where are the mercenaries' bodies?

Research conducted by DW found that, since February, not a single corpse has been handed over to the mercenaries' relatives. Human rights activists suspect that the bodies may have been taken from Syria to a particular morgue in Rostov-on-Don, which is the largest of its kind in Russia. DNA tests can also be carried out there. The large hangars with cold rooms for 400 corpses were built during the Second Chechen War.

"If you are not a member of an official military force, you are not allowed to enter the grounds," explains Zhukova. According to Valentina Melnikova, chairwoman of the Union of the Committees of Russian Soldiers' Mothers, "You can only search for dead or wounded mercenaries as you would ordinary Russian citizens who are abroad, for instance, through consulates, the foreign office and the ministry of the interior." She says it is like identifying corpses in a plane crash. Melnikova fears that the bodies may not have been brought out of Syria at all. "In the Donbass, at least, they were often buried directly on site," she says.