Delegates from around the world have kicked off talks in Bonn that will lay the groundwork for this year's UN climate summit in Egypt. The UN's climate chief called for countries "not to lose focus." 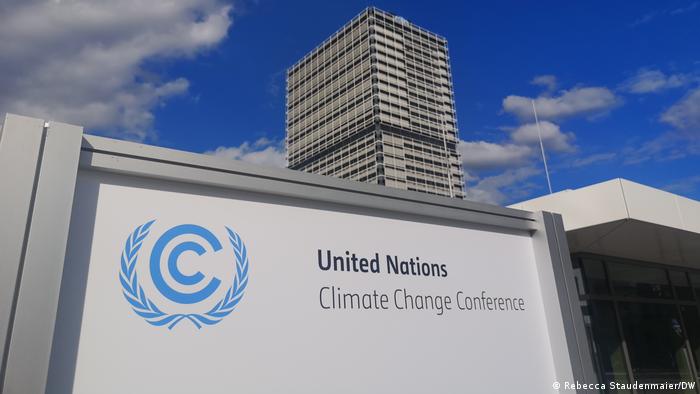 The United Nations urged for countries to redouble efforts to avert global environmental disasters and not to give up hope at the start of climate talks on Monday in Bonn, Germany.

With the world facing a series of pressing crises, the UN's top climate official appealed to delegates not to let these distract them from the intensifying impacts of climate change.

UN climate chief: 'We must not give in to despair'

Patricia Espinosa, the UN's Climate Change head, opened the conference with an urgent appeal for action and "to move these negotiations along more quickly."

"I appeal to all of you — especially in these difficult and challenging times — not to lose hope, not to lose focus, but to use our united efforts against climate change as the ultimate act of unity between nations," Espinosa told the conference.

Hopes for coming up with unified solutions have dimmed as the world grapples with worsening armed conflicts — including Russia's war in Ukraine — as well as contending with a rise in energy prices, food shortages and dealing with the effects of the coronavirus pandemic, the UN climate chief said.

High energy and food prices pose a problem to almost all economies but developing ones in particular, and shortages of such core products could start to make spending on the environment feel like a luxury for some countries.

"We must never give in to despair. We must continue to move forward," Espinosa said.

What are the most pressing issues?

Delegates from nearly 200 countries are taking part in the 10-day conference in the western German city of Bonn.

The days of talks seek to lay the groundwork for upcoming negotiations at this year's UN international climate conference, the COP27, which is taking place in November in the Sharm el-Sheikh, Egypt.

The main focus of the conference this year will be on implementation — particularly what concrete actions have been taken since last year's climate conference in Glasgow, Scotland.

The question countries must face, the UN's Espinosa said, is now "what progress have you made since Glasgow?"

The concrete issues facing delegates over the next few days in Bonn concern financial aid to low-income and developing nations that are struggling with the impacts of climate change.

Countries are also expected to show laws, policies and programs that will put the 2015 Paris Climate Agreement into action.

The agreement in Paris saw countries commit to limiting global warming to "well below" 2 degrees Celsius above pre-industrial levels.

A landmark climate report this year, however, concluded that immediate action is needed and any further delays will lead the world to "miss a brief and rapidly closing window to secure a livable and sustainable future for all."

The world has already warmed nearly 1.2 degrees Celsius so far — while countries are seeing a rise in natural disasters including deadly heatwaves, storms and floods.

Humanity on 'spiral of self-destruction' as disasters rise, UN warns

Floods, droughts and severe storms are becoming more frequent, the UN warned in a new report. The effects of climate change will likely worsen things, with experts estimating an average of 1.5 disasters per day by 2030.