The latest Intergovernmental Panel on Climate Change report details a widespread climate catastrophe, along with ways to address — and fund — adaptation and resilience in vulnerable regions. 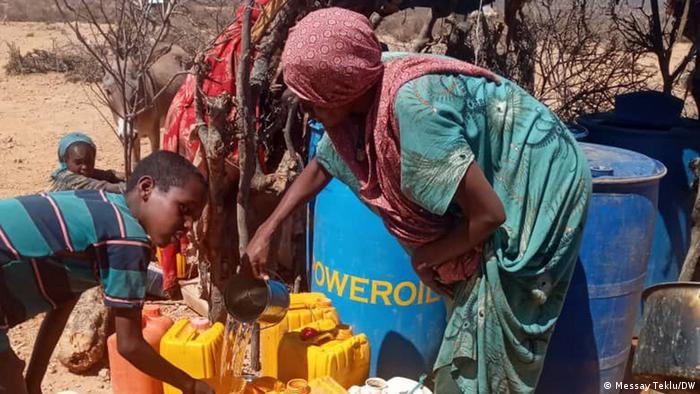 A stark picture of an unfolding climate crisis that is especially impacting vulnerable communities fills the latest report by the Intergovernmental Panel on Climate Change (IPCC), the United Nations body for assessing the science related to climate change.

"The most striking thing about this report is the reality that climate impacts are already unfolding in really ghastly, deadly ways around the world [and] already having profound impacts on food systems. So this is not about some future that's yet to come, it's already here in many places," said Rachel Cleetus, policy director and lead economist for the Climate and Energy Program at the Washington, D.C.-based Union of Concerned Scientists.

Themed on climate impacts, adaptation and vulnerability, the second installment of the IPCC's sixth assessment report builds on a first edition focused on the physical science of climate systems and intensifying climate change.

Authored by 270 scientists who assessed over 34,000 studies, the report singles out Africa, Asia, Central and South America, small island nations and the Arctic as areas that are especially being impacted by heatwaves, droughts, floods and rising seas — weather extremes that are also driving biodiversity loss and mass mortalities in species such as trees and corals.

In Africa, for example, climate change has caused a 34% reduction in agricultural productivity since 1961, which is more than any other region, according to the report. Future warming is expected to shorten growing seasons and worsen water stress.

"Somalia has been the hardest hit by climate change in the globe," said Walter Mawere, the advocacy and communications coordinator for humanitarian NGO Care International in Somalia. He describes over 2,400 camps for the internally displaced in the country that are filling with families fleeing an ongoing drought, and previous extreme flooding.

"The flooding has left 70% of the population without access to clean water," he explained during a briefing preceding the report's release.

The IPCC report is also "a dire warning about the consequences of inaction," said Hoesung Lee, Chair of the IPCC. "Our actions today will shape how people adapt and nature responds to increasing climate risks."

Equity and justice through climate adaptation — and financing

In response to worsening global climate impacts, the report specifically refers to "equity and justice" for impacted communities — and especially vulnerable communities in less economically countries.

"The recognition of justice is integral to the way we address the climate crisis," said Rachel Cleetus. The report therefore looks at socioeconomic and structural factors that cause some populations "to be disproportionately impacted by climate change," she added.

After the perceived failure of COP26 to commit funds to address adaptation, and rising climate-driven loss and damage, the report details the need for greater climate financing.

Currently, however, more than 90% of climate funds go to mitigation rather than adaptation — which is "way below most estimates of the cost of adaptation needed today to manage the risks of climate change over the next ten to 20 years," said IPCC report lead author Mark New, who is director of the African Climate and Development Initiative at the University of Cape Town.

Meanwhile, only about 10 to 15% of available adaptation finance is made available to climate vulnerable local communities, according to New.

The report calls for a balance of climate finance to be invested in adaptation.

"Adaptation and mitigation must be pursued with equal force and urgency," said Antonio Guterres.

Building on the renewed focus on adaptation at COP26, the IPCC reconfirms the need for richer nations to "provide higher levels of financial support for adapting to climate shocks … and addressing the costs of loss and damage experienced by poorer countries," said Camilla Toulmin, Senior Fellow, International Institute for Environment & Development.

The world's poorest people "contribute least to the problem of climate change" yet suffer the most devastating impacts, she added.

In Sub-Saharan Africa, for example, the average per capita carbon footprint in 2020 is around 0.1 tons per year compared to up to 15 tons in Australia, Canada and the US.

The report also focuses on the importance of reversing the threat to biodiversity as part of adaptation.

"Protecting and restoring nature will help store more of the carbon we emit, and make our landscapes more resilient to the growing extremes that climate change inflicts on every species on our planet," said Kate Jones, chair of ecology & biodiversity, University College London.

"This report recognizes the interdependence of climate, biodiversity and people," said Hoesung Lee.

"By restoring degraded ecosystems and effectively and equitably conserving 30 to 50 per cent of Earth's land, freshwater and ocean habitats, society can benefit from nature's capacity to absorb and store carbon," said IPCC Working Group II Co-Chair Hans-Otto Pörtner of the ecosystems-based approach.

He added, however, that "adequate finance and political support are essential."

Looking ahead to November's COP27, the first climate conference to be hosted in Africa, Toulmin was encouraged by the fact that the Africa chapter in the report was, for the first time, authored exclusively by regional experts who can provide "African negotiators with a much stronger case."

Meanwhile, Russia's invasion of Ukraine inevitably influenced the final review of the IPCC report, with Ukraine's delegation of authors having to withdraw from the process to hide in bunkers.

"There's this connection," said Svitlana Krakovska, a climate scientist heading the Ukrainian delegation, of the role of oil and gas in simultaneously unfolding war and climate crises. "All the money for this aggression comes from oil, from fossil fuels. The more we use this, the more we sponsor this aggression," she said.

Senegalese coastal villages are affected by climate change and overfishing. While many men leave to seek employment abroad, women often stay behind and try to adapt to life between rising sea levels and desertification.