UN head Antonio Guterres has said the world needs to change its food priorities. Meanwhile, island nations talked of rising sea levels and the US and the EU voiced frustration with Iran over nuclear talks. 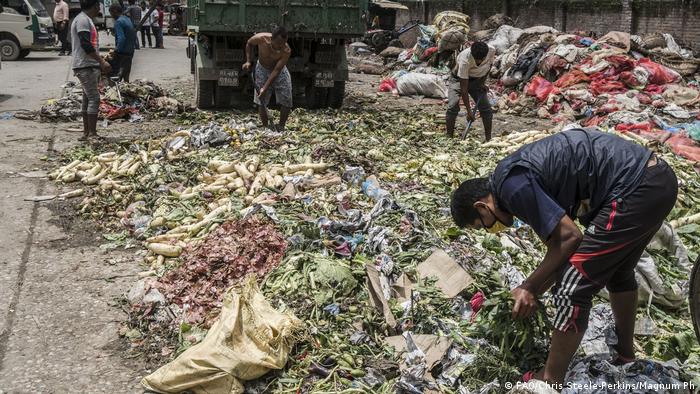 UN Secretary-General Antonio Guterres said the world needs to change how it makes, eats and wastes food in comments to the 76th session of the United Nations General Assembly on Thursday.

"The war on our planet must end and food systems can help us build that peace," Guterres told the UN summit in New York.

Noting that food systems create one third of greenhouse gases, he said following UN sustainable goals established in 2015 could end hunger and poverty while creating global health and wealth.

Guterres called for reform of agricultural subsidies and said food should not be seen "simply as a commodity to be traded, but as a right that every person shares."

The World Bank Group, International Food Policy Research Institute and Food and Land Use Coalition laid out plans at the summit to unlock $4.5 trillion (€3.8 trillion) in business opportunities with fairer food systems.

After US President Joe Biden announced he would invest $10 billion to end hunger earlier in the week, the Bill Gates Foundation committed $900 million to end malnutrition across the globe on Thursday.

Islands face up to extinction

Small island nations such as the Marshall Islands and the Maldives could be left underwater by rising sea levels caused by a 2 degree heat change, its leaders said.

"We simply have no higher ground to cede," Marshall Islands President David Kabua told leaders in a prerecorded speech on Wednesday.

"The difference between 1.5 degrees and 2 degrees is a death sentence for the Maldives," President Ibrahim Mohamed Solih said on Tuesday.

The islands that vanish beneath the sea

The November UN climate conference in Glasgow will try to pursue the goals of the 2015 Paris Agreement to cut global emissions by half for 2030 and achieve carbon neutrality by 2050. Carbon fuel emissions create greenhouse gases that erode the ozone layer, contributing to global warming and rising seas as polar ice caps melt.

But Guyana President Irfaan Ali said Thursday that large polluters were not delivering on their promises to cut emissions.

Ali said their "deception" and "failure" would "profit them little to emerge king over a world of dust."

Both the US and China have pledged more cash to help other countries reduce their carbon footprint.

World leaders expressed their concern that worsening environmental issues would provoke further conflict in areas with their own sociopolitical friction.

"Look at almost every place where you see threats to international peace and security today, and you'll find that climate change is making things less peaceful, less secure, and rendering our response even more challenging," US Secretary of State Antony Blinken told a UN Security Council meeting.

Despite Russian and Chinese objections to climate change being such a large factor in disturbing global peace, the US highlighted its impact in Syria, Mali, Yemen, South Sudan and Ethiopia.

"We have to stop debating whether the climate crisis belongs in the Security Council," Blinken urged, "and instead ask how the council can leverage its unique powers to tackle the negative impacts of climate on peace and security.''

Guterres said: "The effects of climate change are particularly profound when they overlap with fragility and past or current conflicts."

"And when natural resources like water become scarce because of climate change, grievances and tensions can explode, complicating efforts to prevent conflict and sustain peace."

The United States and the European Union have told the UN this week that they are getting increasingly frustrated with Iran's unwillingness to revive the 2015 nuclear accord.

"We are very much prepared to return to Vienna and continue the talks," said Blinken. The question is whether, and if so when, Iran is prepared to do that."

"The clock is ticking. We're not going to wait two or three months for the Iranian delegation to come back to the table in Vienna," German Foreign Minister Heiko Maas told reporters.

"It has to happen more quickly," he added.

Iran's foreign ministry said that nuclear talks would resume "in the coming weeks," with new ultraconservative president Ebrahim Raisi counting the cost of Western sanctions in a recent speech.

Pakistan urges patience with the Taliban

Pakistani Foreign Minister Shah Mehmood Qureshi told the international community it needs to try not to isolate the Taliban to create a more stable Afghanistan.

Qureshi urged for "an innovative way of engaging" with the Taliban in an Associated Press interview on Wednesday on the sidelines of the meeting.

US and EU powers froze Afghan development aid after the Taliban took over Afghanistan in August.

Western nations are still waiting to see if the Taliban will create an inclusive government, preserve women's rights and reject terrorism before working with the insurgent administration. 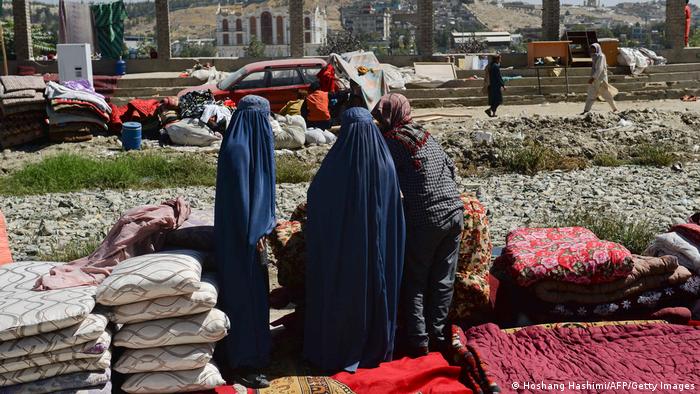 Pakistan's foreign minister said his country was ready to play a "constructive, positive" role in opening communication with the Taliban because that would be to its benefit too.

"What the international community can do, in my view, is sit together and work out a roadmap,'' Qureshi said. "If they fulfill those expectations, this is what the international community can do to help them stabilize their economy. This is the humanitarian assistance that can be provided. This is how they can help rebuild Afghanistan, reconstruction and so on and so forth.''

The foreign minister said it was "a positive sign" that the law-and-order situation had improved, fighting had stopped and many internally displaced Afghans were going home.