Opinion: Small-scale farmers must control our food system | World | Breaking news and perspectives from around the globe | DW | 23.09.2021 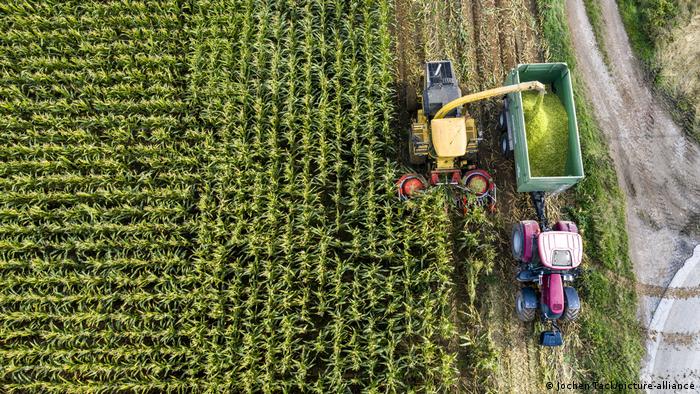 The Food Systems Summit in New York is supposed to come up with a global strategy to fight hunger and feed a rapidly growing world population.

But it's focused too much on the big agro-industry. Corporate interests are taking center stage and expanding their influence in the UN system to an alarming extent, undermining democratic decisions. The concerns of peasant farmers like myself, who produce over 70% of the world’s food, are sidelined even though we provide a vital contribution to the food agenda through ecological and fair farming methods. 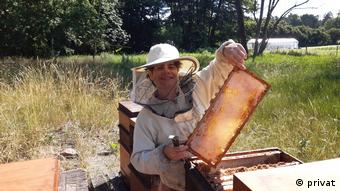 Paula Gioia is a farmer in Germany active in the international peasants movement.

We face increasing problems all over the world. Land rights are neglected; land grabbing remains rampant, and big industrial players and their production methods harm biodiversity and livelihoods. And it's not just the Global South facing these threats. Small farms in Germany and other European countries are struggling to survive. Thousands have shut down in recent years. In the EU alone we lost about 4.2 million farms between 2005 and 2016, most of them under 5 hectares (12 acres).

At the same time, the land policies of the German government and others have lead to a sharp rise in land prices. That makes it almost impossible for young farmers to access land and get involved in farming even though rural startups can generate new jobs and explore innovative and sustainable farming methods.

Preserving our livelihood and identities

Our community farm is one example. On our 2.5 hectares, we cultivate over 100 different vegetable varieties; use horses to work the land; compost the manure of our goats, horses and cows; keep bees, and promote exchanges with our regional consumers and actively engage with the community around us. Rural areas don't just provide profits, they are our livelihoods and part of our culture and identities.

No doubt the global food system needs radical transformation. But the methods to achieve these goals can't just be the old recipe of increased production, food aid and technical solutions for industrial agriculture. The pesticide and seed companies that get so much of a say now are chiefly responsible for many of the problems. 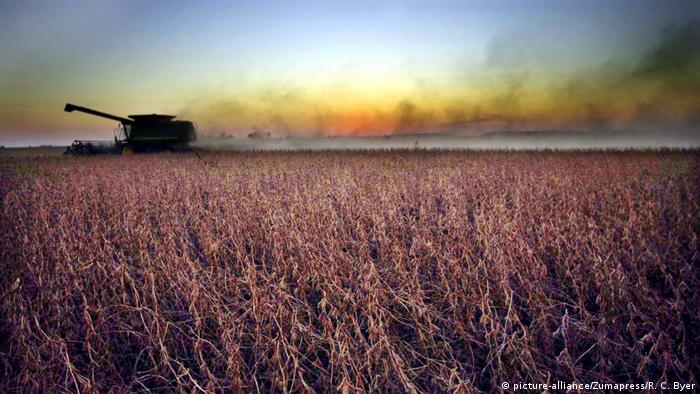 After the last major global food crisis, 15 years ago, the UN reformed the process on how decisions on food and agriculture are made. That’s why organizations like mine, the global grassroots movement La Via Campesina, along with many others are now acknowledged consultants of the UN's intergovernmental Committee on World Food Security (CFS).

But this committee and several international civil society organizations were sidelined ahead of the food summit. Instead, a partnership with the World Economic Forum and its powerful allies from the big agro-industry was formed. And they are the ones setting the rules and influencing the outcome of the summit. That defies the UN's democratic practices and raises questions about accountability and legitimacy.

In protest, the global peasants movement has been co-organizing a "People's Autonomous Response to the UN Food System Summit" along with numerous other NGOs, academics and food experts.

Critics of the status quo  have voiced their concerns, including several UN member states who fear the emergence of parallel, illegitimate governance structures instead of international cooperation.

Faced with the challenges of a growing population, climate change and the current COVID-19 crisis, we are convinced that a transformation of our global food system is necessary.

We are therefore calling on the UN and its member states to ensure inclusive, coherent and coordinated global food and agriculture policymaking grounded in human rights.

Paula Gioia is a small-scale farmer and beekeeper in the Brandenburg region near Berlin. As a member of the Arbeitsgemeinschaft bäuerliche Landwirtschaft (AbL), Gioia is part of the International Coordination Committee of the global peasants movement La Via Campesina. The movement campaigns for food sovereignty for small farmers and their control over their land, seeds and other resources. La Via Campesina is part of the Civil Society Mechanism (CSM) and acts as consultant to the UN Committee on World Food Security.

Hunger and malnutrition are still among the main concerns on the African continent. Governments and international organizations agree that agriculture and food security should be at the top of the African agenda.

The economic consequences of the coronavirus pandemic are linked to one of the sharpest increases in hunger in decades, a UN annual report found.

Acute hunger set to rise in more than 20 countries: UN

Political conflicts, the coronavirus pandemic and climate change will have drastic effects on the lives of millions of people in the coming months, a pair of UN agencies has said.

Find out more about the agenda