While praising Germany's openness toward refugees, the UN refugee agency UNHCR has called on newly elected German lawmakers to further improve the situation and prospects for refugees. 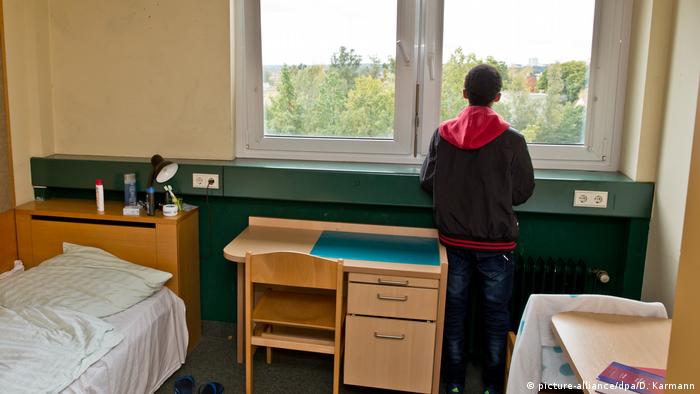 Shortly before the first session of the new Bundestag - the lower house of the German parliament - on Tuesday, the UN refugee agency's Germany branch has urged the newly elected members of the Bundestag to provide the right to family reunions after March of next year to asylum seekers who only have subsidiary protection.

"Successful integration is often based on the family's emotional, social and economic support," the UNHCR said in a statement on Sunday. 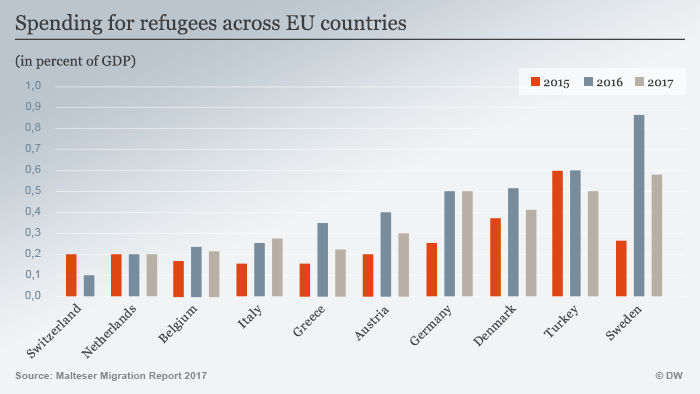 Reunifications have proven to be a highly contentious topic in exploratory coalition talks between the conservative Christian Democrats (CDU) led by German Chancellor Angela Merkel, the business-friendly Free Democrats (FPD) and the Greens.

Merkel's conservatives want to continue suspending the right to family reunions for asylum-seekers entitled to subsidiary protection after March 2018, while the Greens, who back a more liberal immigration approach, say that family reunifications are vital for integration. The FDP appears split on the matter.

The UN body called on the newly elected house to further improve the protection of refugees in Germany and Europe. It asked them to safeguard the openness displayed by the German society toward refugees.

"The basic principle of action must continue to be that refugees need protection and that a return to their home country was not possible," it said.

It also urged Germany to actively involve refugees in the integration process and to foster voluntary work in that field in Germany.

The UNHCR also said there was a need to "significantly increase" the annual intake of refugees under the UN's resettlement program, which is aimed at resettling particularly vulnerable refugees from one host country to another.

The UN body praised Germany's asylum procedures and its integration efforts. The country's refugee policy has given Germany a "credible voice internationally," the UNHCR noted.

"This voice has become indispensable in addressing the global challenges of flight and displacement," it said.

Dear Germany | 'Peace and security are not everything' (Part 4)